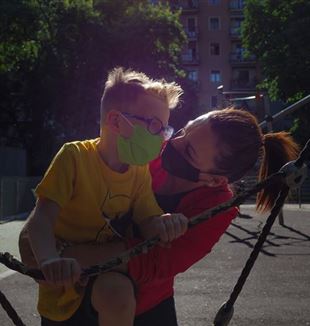 For that family, their restaurant was everything. But Covid comes and hits the city, and in
addition to the number of dead and the saturation of hospitals, the economy also immediately suffers. No more customers, not even the most loyal ones. And yet the father, the manager of the place, tries everything to sustain the business that keeps him, his wife, and one of his children employed. The others, still teenagers, go to school. Or rather, they went to school. He does not make it, the restaurant closes. Like everything else. Very hard months follow: locked up at home, without money, without help to pay bills or school supplies for the kids.

We are in Milan, the year of grace 2020. This is where the new poor are, and you cannot pretend they do not exist. This is another reason why the AVSI Foundation, traditionally involved in development aid or educational projects around the world, has this year organized an ad hoc project in Italy. To help these families, these young students, the small and medium businesses affected by the pandemic. Economic aid is important but equally fundamental is accompanying people and access to educational opportunities for young people. AVSI does not do all this on its own, but with the intelligence of those who deal with an operative but not exclusive charity, it relies on organizations that have been operating in the territory for a long time, well rooted in local communities: The Martinengo Cooperative that works in collaboration with the Institute of the Sisters of Charity of the Assumption, the Portofranco Study Help Center, the association Resilience Onlus, the Red Cross, Caritas, schools and many other associations in the area, municipalities and local authorities to ensure material support that meets the specific needs of each family. From Lombardy to Veneto, from Emilia Romagna to Sicily, passing through Lazio and Campania, AVSI is already working and continues to plan and create opportunities to support more than 5 thousand families through various types of aid. 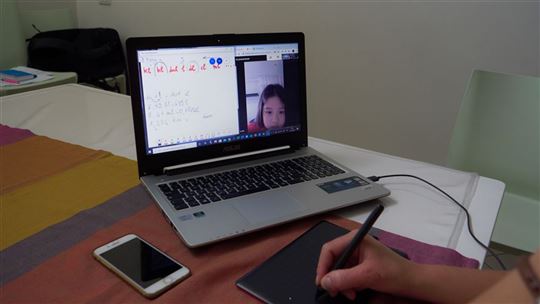 Among the young people being helped is Riccardo, 19 years old, who graduated from high-school in June, in a difficult year. As Sister Fulvia Ferrante of the House of Sam (one of the organizations sustained by the Sisters of the Charity of the Assumption) recounts, "in those months, many young people dropped out of school on February 24 and never saw each other again. Obviously, the more fragile the situation was, the more these fragilities worsened and the families who were already living in a fragile economic situation found themselves in extreme difficulty." This is how Casa di Sam, now also supported by AVSI, worked to support these young students who were in danger of dropping out of school.

Even the educators who during the year look after the most vulnerable children have had to reinvent themselves during the emergency. "Like AVSI, we have therefore committed ourselves to psychosocial support for the most vulnerable children by encouraging the home visits of the educators, and by including the educators themselves in training courses to adapt their work to the new needs dictated by the new context. Another type of help is aimed precisely at children who risked losing a year of school due to the inability to attend classes: we have acted to provide a supply of tablets and computers for distance learning, but also in the distribution of personal protective equipment or sanitation materials," says Annalisa Costanzo, who is in charge of the AVSI project. Support is also available for those who have lost their jobs or activities through cash transfer (monetary transfers) to support "the new poor".

Annalisa says that all this is not in vain. "We respond to real needs, faces and stories that we can touch." There are kids, like Riccardo and others, who, thanks to the support they received, were able to finish the school year that they might otherwise have lost. There are young people, already vulnerable, who during the lockdown seriously risked falling into depression and who, through their relationship with the educators and thanks to the help they received, were able to "pull themselves out", to raise their heads and look up. Even their parents felt accompanied and no longer alone in facing an apparently insurmountable situation. Simply because they found someone to listen to them. Someone who took them by the hand and told them that there is hope. And that someone is not only those working ad hoc - the AVSI volunteers, the educators. That someone is each of us. As one of those old poems we learnt off by heart from our grandparents says, Christ has no hands. He only has ours to carry out His work today.#AVSItents2020

Proximity is not measured with a ruler
The great enterprises of Asna and Jean Claude
Mireille and the wishes of her young people
Mexico, saved by the beast
A fruitful coexistence for Lebanon