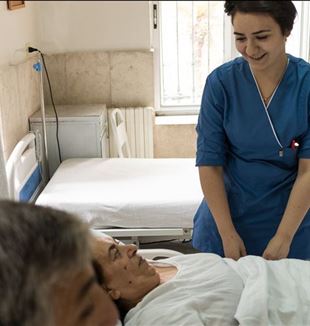 On Saturday October 17, the new Avsi Foundation Tents campaign was presented, entitled "Widen your gaze. Hope beside those in need". The focus this year is on projects supported by the Foundation in Syria (Damascus and Aleppo), Burundi (Bujumbura), Cameroon (Yaoundè), Mexico (Oaxaca and Jalisco), Italy (Cesena, Milan, Vicenza) and Lebanon (Marjaoun).

They are six different projects, but are united in their attempt to support the initiative of the person, in a context where the tendency is to become isolated. For months now, the pandemic has accustomed us to calls for social distance, which, however, in the long run, risks getting under our skin and generating a closure towards our neighbors and the world. For Avsi, as can be read in the editorial that launched the Campaign, it is necessary to be vigilant "of our own safety and that of others, but without ceasing to keep our eyes high and open to let us be surprised, to embrace reality in all its richness. Only by broadening our gaze, open to wonder, can we grasp the need of those close to us."

“Beside” is precisely the key word around which this year’s entire proposal revolves. "That word expresses the idea of a respectful proximity, but of resistant fabric," says Avsi's editorial. "It is not measurable with a ruler, because it is made of a new relationship. Its consistency resides in the personal relationship that is established between a you and an I. Both between people who live in the same city (today the number of new poor people in Italy is growing and is worrying), and between those who live on the other side of the world, this kind of proximity is possible."
This year, the health restrictions require all those who traditionally work for the Tents (over 3 thousand volunteers) to come up with new creative and effective ways to raise funds. 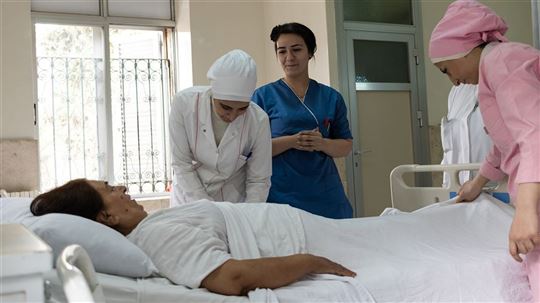 Among the projects supported by this year’s campaign are the "Open Hospitals" (Syria), which has been going on for some years now. The war, the Covid emergency and the economic crisis - exacerbated by the Lebanese crisis and international embargoes - are just some of the plagues that afflict Syrian civilians. As a concrete response to the needs of the population, thanks to the initiative of Cardinal Mario Zenari, Apostolic Nuncio to Syria, and the support of the Dicastery for the Service of Integral Human Development, four years ago it was possible to open the doors of three hospitals (the Italian Hospital and the French Hospital in Damascus, and the St. Louis Hospital in Aleppo) to thousands of poor patients who, otherwise, would not have been able to receive treatment. To date, more than 10,000 people have received free treatment.

"The situation is really dramatic, the virus has also arrived here, even if later than in Europe," says Flavia Chevallard, Avsi representative in the country. "Hospitals are equipped so that patients can access the wards in maximum security, also because the war has not erased the most common or serious diseases." Yet, says Chevallard, poverty is still the real enemy of the people. "In Damascus we cannot even find chicken anymore. More and more often, on the streets we meet elderly people who ask for money for medicines by showing their prescriptions to passers-by. I know a sick 65-year-old woman who works in a store day and night but cannot access treatment. She came to us to help her pay for the visits and tests she needs. Hers is a situation of fragility that affects many elderly people, left alone during the war."

Read also - Cambodia: The educational pact? It is the human being who asks for it

Flavia also remembers a mother with a child who spent one day at the Italian hospital in Damascus to greet to some social workers. "This woman’s son was sick with cancer, and every time he was hospitalized for treatment, the Avsi project had covered the costs. She came back to say thank you. Because a relationship developed with the staff. It should not be taken for granted, but she came back. And that is the greatest joy.”#AVSItents2020

The great enterprises of Asna and Jean Claude
Mireille and the wishes of her young people
Mexico, saved by the beast
A fruitful coexistence for Lebanon
During the pandemic, with the most vulnerable families