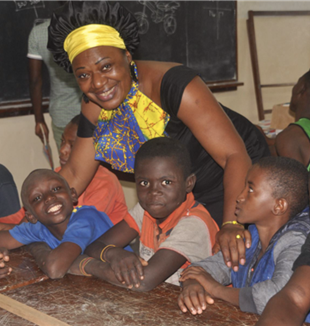 Mireille's treasure is a contagious and lively smile that accompanies her on the streets of Yaoundé, Cameroon, meeting dozens of young people who live on what they find, hope for a better life but all too often slip into the whirlwinds of crime, drugs and despair. "Here, every day is a gift to look at. I feel lucky to be in a place where the Mystery is seen through this humanity.”

At the Edimar Center, where she has been working since 2002, hundreds of young people between the ages of 10 and 20 pass by every week. Avsi wanted to include this project in the 2020 Tents Campaign to help 100 young people to increase their working skills, to promote their access to the world of work or help them return to their families. They mostly come from the countryside, have little education and this often makes it impossible for them to find a job, leaving them to a life of luck. But there are also those who have come out of prison and need to find a new and safe way not to fall into criminality, in a context which is now even more uncertain because of the pandemic. 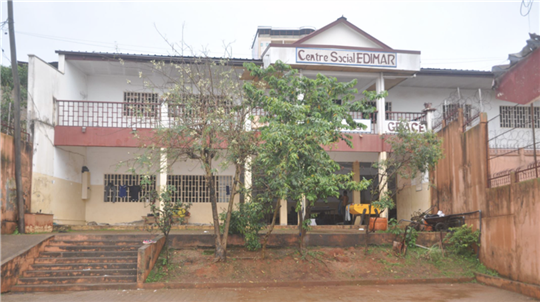 The story of this African woman bears witness to how God accompanies those who entrust themselves to Him. Mireille has been married to Victorien for twenty years. It is a marriage that has a wound at its origin, as the two of them cannot have children. For a woman in an African society, this is practically a curse. "I would have liked to become a mother quickly, and then think about work, and I cried because that did not happen.” Her encounter with Fr. Maurizio Bezzi, a missionary from Bergamo who arrived in Africa in 1991, and who founded the Edimar Center near the Yaoundé train station in 2002 has been decisive. "’Mireille, come out and see how great reality is,’ he said to me. ‘The streets are full of young people looking for a mother.’ I was amazed at the peace he had in being among these young people to share a friendship, and I understood that I was called to a greater motherhood.”

Already during the first evening spent on the street Mireille was called to the test. "I was out and about with Fr. Maurizio, and at a certain point I found myself alone. A boy pushed me into a corner and put a knife to my belly. ‘It was a woman like you who gave birth to me! It is for this reason that I do not like women! I do not want to see you here’". Mireille was frightened, but she tried to look into the depths of that anger. "I explained to him that I too was suffering, and that even if he had killed me, he would not have been able to reduce his hatred. ‘Your pain is my pain. I am here because I am looking for something, you are here because you are looking for something. If you want, let us walk together,’ I said to him. He put down the knife. That episode was decisive for me. It made me understand what wound burns in these young people who live on the street, who suffer poverty and misery, but above all they live a problem of affection and identity." 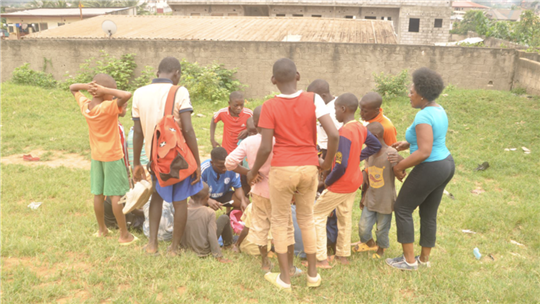 Thus began her adventure at the Edimar Center, where abandoned children are accompanied in their studies, as well as in the search for work, in professional training ("we have a camp to encourage enthusiasm for work, because many children lose this attitude that has been burned by drugs or theft"), and in their choice to start a family. "Many of these kids have have rediscovered a taste for life, and we have begun to see something new in them.” Before they lived like animals. One step at a time they rediscovered themselves as men and women. "We want to help everyone with a proposal that testifies a love for life. And we also want to get to the bottom of the educational need, with a school that embodies Fr. Giussani’s method.”

Encounters are not lacking. Mireille still gets excited thinking about Raina, a 17-year-old girl. "She was pregnant and on drugs. One day she came to me. Her clothes were wet and she was in labor. I asked her, ‘What do you want?’ ‘I would like someone to give me another chance, to have trust in me!’ Well, at that difficult moment she was not looking for help to give birth, but for someone to look at her in another way. I took her to the hospital in amazement, and today I am even more amazed when I look at her and her baby, and I thank God.” She then spoke about Bilandi. "He was not even 12 when he started coming here. He did not speak French, we helped him in his studies. Two years later, he took an exam and told me that he had said no to an examiner who had offered him the right answers to the test in exchange for 2,000 francs (about 3 euros). ‘I want to write using my head,’ he said, and he did it. Corruption is everywhere here. That boy could say no because he had learned to say "I". He then went back to his village, to continue his studies and stay and work."

"This is how the Lord calls me every day to a greater motherhood.” She concludes by telling more about Sidiky, a 20-year-old boy she met on the street. "He asked me if he could come to my house one day after a soccer match. When I arrived home I used to go to Victorien, my husband, and sit in his arms to greet him. When I got up, the boy threw himself into my husband's arms. He told me that he wanted to feel like a son in the arms of a father. It was at that moment that I felt what Fr. Maurizio has told me as even more true.”#AVSItents2020

The great enterprises of Asna and Jean Claude
Proximity is not measured with a ruler
Mexico, saved by the beast
A fruitful coexistence for Lebanon
During the pandemic, with the most vulnerable families