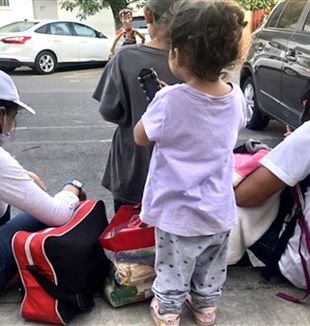 The Beast leaves every day from Chiapas, a state in southern Mexico, and travels for almost four thousand kilometers until it reaches the border with the United States, in the crossing of Tijuana. That is what they call the freight train that thousands of migrants from all over South America cling to. It takes almost six days to reach its destination. Some people walk for kilometers along the tracks until they see the train arrive. Then, with a leap, they try to get into the narrow spaces between the padlocked cars. There are those who cling to the roof, traveling exposed to bad weather, bandits, traffickers and criminal organizations.

Among these indocumentados, in recent years, there are more and more teenagers and children who begin their journey vulnerable to abuse and injustice. This is revealed by UNHCR data, according to which about 50 percent of Central American girls and boys emigrate from their country to escape violence.

The “Digna Inclusion” project is aimed at precisely these minors, and it is among the six projects supported by this year’s AVSI tents campaign, which aims to defend the rights of these small migrants and to involve Mexican civil society in these issues as well. 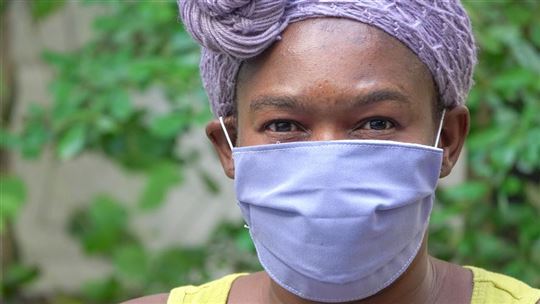 One of them is called Richi, a 17-year-old Honduran. For him, Mexico is no longer a place of transit on the migratory route to America. His home now is the "FM4 Paso Libre" in Guadalajara, in the heart of the country, a welcome center that, like many others, in recent years, has found itself facing situations in which a child or adolescent needs to stay between six and eight months. Richi ended up in the "migrant caravan" by reading messages on social media published by organizations that promote collective migration from Central America. It is a large network, which expanded in a very short time. For example, on one of the first trains, in October 2018, there were more or less seven thousand aboard.

With "Digna Inclusion", AVSI aims to create another centre for these minors, in addition to supporting the reception facilities that already exist and the training of the operators who work there. The Italian NGO also proposes an alternative assistance model for these young people that involves local communities with information and awareness campaigns. "An important component of our project is to raise awareness in schools, civil society and in public opinion about the situations experienced by these young people who come mainly from Honduras, El Salvador and Guatemala," says Rossana Stanchi, head of AVSI Mexico. "They escaped from some of the most violent countries in the world, and they are now alone. Without the welcome of the community it would be impossible to imagine a dignified integration process for them."

In addition to providing accommodation for children, the project aims to create new partnerships between public institutions and the private sector, both nationally and internationally. The aim is the elaboration of protocols that guarantee the protection of their rights. At the moment, about five hundred girls and boys of various ages are already involved in educational, recreational and community integration programs, with specific attention to the theme of nutrition and psychosocial health thanks to the involvement of "Crecemos Dijo", a local historical partner of AVSI, which has always been involved in the fight against malnutrition and early school leaving.#AVSItents2020

Proximity is not measured with a ruler
The great enterprises of Asna and Jean Claude
Mireille and the wishes of her young people
A fruitful coexistence for Lebanon
During the pandemic, with the most vulnerable families