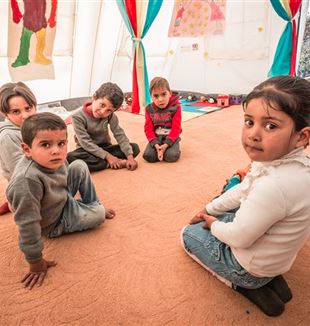 The title of this year's Avsi Tents Campaign is an invitation: "Get in the game with us. New generations, protagonists of the world”. It is a circle that opens and stretches out its hand to anyone who wants to broaden their heart and horizons. There are seven projects for 2019/2020, launched last October 20th, which wind through countries that have recently been at the forefront of the news, such as Lebanon, Amazonia, Syria and Venezuela, as well as Italy and Mozambique. Thanks to distant support, the campaign aims to implement programs and initiatives that can create a bridge between donors and those who, today, are trying to evade poverty, abandonment or war (overseas, beyond the Mediterranean or even just in another city). "Get in the game with us" is an exhortation to set oneself in motion, to make sure that geographical distances are eradicated in favour of a relationship and ever new dialogue, capable of renewing the gaze and heart of each of us.

Among these projects is "Fada2ui - my universe", in southern Lebanon. Lebanon has been victim of years of uncontrolled immigration, due to the Syrian war, and is very troubled- as indicated by the recent demonstrations against political corruption. Today, it is living a very fragile and delicate moment. Avsi has worked in Lebanon for over twenty years. In the last twelve years, it has supported various activities in the plains of Marjayoun.

After the first emergency intervention, at the end of the war against Israel (2006), development interventions were implemented. Simultaneously, Avsi supported the education of new generations through the redevelopment of public school buildings (for example, through the renovation of school heating systems, and procuring library equipment and classrooms for pre-school courses), as well as through the payment of school fees for hundreds of children and the launch of remedial courses for students in difficulty. Things became more complicated in 2011, when thousands of refugees, not legally recognised by Beirut, poured into the area because of the Syrian war and settled in non-formally recognised refugee camps. Avsi now operates in 26 of these camps, distributing basic necessities (water, food, clothes), organizing professional training courses and offering educational activities and psychosocial support. 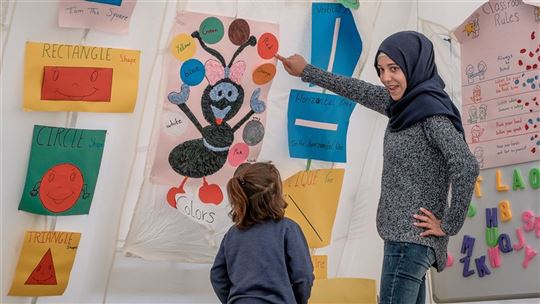 In such a fragmented and complex situation, it was necessary to establish a point of stability. This is the idea of “a home for all”. Thus, "Casa Avsi" will be built in the agricultural heart of South Lebanon, in the village of Bourj El Moulok. Designed, free of charge, by Swiss architect Mario Botta, the center aims to be a reference point for the people of the area, offering answers to the needs of the community. In fact, there will be offices and spaces for young people, as well as psycho-pedagogical services for children and their families (thanks to a team of professionals, 5 thousand people will be cared for), literacy courses and professional training for women, technical training for farmers, support for the start-up of micro-businesses, as well as activities to raise awareness for the rights of women who victims of violence, providing them with services ranging from prevention courses to legal aid.

"In Arabic, Fada2i, means "my universe", that is, the space where everyone would ideally like to be, but which often remains only a desire. The basis of this project is to attempt to make this dream a reality", explains Marco Perini, Avsi’s Middle East Regional Manager.
To understand what the project is about, we would ideally fly to Lebanon to find out what and who is waiting for us once the door is opened.
"It will be a family-friendly place", says Marina Molino Lova, Avsi’s project manager in Lebanon, "We have, for example, projected an environment where mothers who are linked to Distance Support (Sad) can meet. Last year, they gravitated around us to participate in training courses on hygiene standards for the cooking of traditional dishes. These women have come together and now organize catering for Avsi, on request, when there are events or special occasions. They are enrolled in a FAO project on cooperatives and, today, they cook in the parish of Klaya”. Once Fada2ui has been built, says Molino Lova, "they will be able to use the house’s semi-professional kitchen to carry out their daily services. Many of the Sad’s 1270 children will then undertake afternoon and summer rehabilitation courses. Ideally, while their mothers are cooking, the children will be upstairs doing their Arabic, maths or science homework, with a teacher. There are also initiatives for teenagers: English and computer courses, communication courses, problem solving and conflict resolution, as well as support in drafting CVS for those intending to apply for work. In the evening, therefore, Fada2ui will become a place of communal life. Families will be involved and welcomed at 360 degrees and they will always find it open to them”. 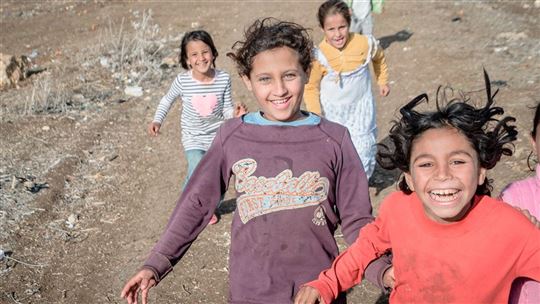 "The best thing has been that the Lebanese have welcomed the news of the opening of this house with an unexpected energy and joy”, explains the Avsi headquarters in Milan, "We have been operating in Lebanon since the nineties and, therefore, the climate of trust has certainly been consolidated over time, but what now makes the difference is our choice to stay. Building a house means establishing roots. The house is stability, belonging, a place to which we can return. It is a space of memory that welcomes everyone, and, no matter the colour of the walls, when you lift up your eyes and look out of the windows everyone sees the same sky. This eradicates distances, and has made the impossible possible. "We never imagined we'd make it, and yet we're here. With the foundations laid and solid, the building grows and solidifies each day. This is thanks to the commitment of many - first of all, Mario Botta and the Maronite Bishop of the Diocese of Tyre, Monsignor Choukrallah Nabil Hage, who gave us the land upon which the house will be built, but also thanks to some great Italian donors who decided to financially support this dream after visiting Lebanon". Despite the fact that last year’s heavy rainfall has slowed down the excavation and building work, Casa Avsi is now well underway. "It should be ready for next spring, there are still many things to do. That's why we really need everyone's help.” It's time to leave Casa Fada2ui. Let’s close the door behind us. Let's go home, the campaign is about to begin.