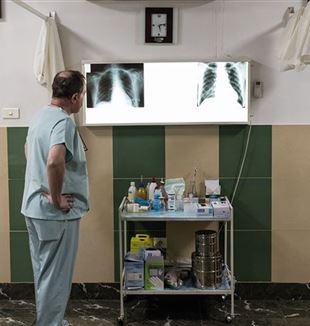 Angie is a Syrian girl who is studying mechanical engineering. She loves Damascus, the city in which she lives, studies, and which she loves to walk around. More than anything, she loves the smell of jasmine, which diffuses everywhere: she says that it’s the distinctive character of Damascus. Even today, even after war has torn the city apart. Angie was on her way to church when she lost her leg from the shot of a mortar. Today, she continues to walk, with the help of a prosthesis, and thanks to the help offered by the Avsi’s "Open Hospitals" project, which has been working concretely to help the Syrian people since 2017.

The aim of the project, born thanks to the initiative of the Apostolic Nuncio to Syria, Mario Zenari, was to open the doors of three hospitals (the Italian Hospital and the French Hospital in Damascus, and the St. Louis Hospital in Aleppo) to the largest number of poor patients who, otherwise, could not pay for the care they need. 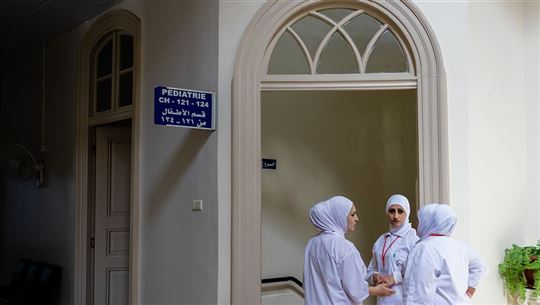 Today, Syria is still at war, mainly engaged in the Rojava issue, but the cities of Aleppo (in 2016) and Damascus (in 2018) have long since returned under government control. Although bombs are no longer dropped on the cities and the nightmare of the war seems to have ended, "the situation in Syria continues to be very complex". These are the words of Flavia Chevallard, project manager: "Life continues to be very hard. There is no room for recovery in the economy and the social fabric, and there is an international embargo that limits the country's productive capacity, which is already hampered by the loss of infrastructure. Inflation is high, prices continue to rise and an average salary cannot cover the cost of the most essential expenses, such as renting a house. In all this, the health sector remains one of the most affected.”

The World Health Organization has declared that 54% of Syrian hospitals are closed or partially unusable, and that two-thirds of the necessary staff are lacking. Avsi has been working, over the past year, to make them operational both in terms of care and administration. In 2020, the year in which the project ends, the facilities in Aleppo and Damascus will have to be able to function on their own.

After all, it was precisely the risk of hospital wards closing that prompted the operation. And, to date, more than 27,700 free, quality care interventions have been ensured. 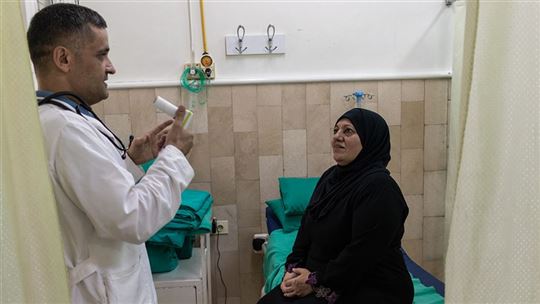 "Unfortunately, security does not exclude vulnerability," says Flavia, who explains what it means to deal with people who are on their knees: "There are those who, in economic difficulty, refuse treatment so as not to burden their family. Today, the most serious problem is not so much the wounds of war, but rather important and increasingly recurrent diseases. For this reason, the greatest need is to rebuild the health system, from medical equipment to staff training and administration. The end of the war had led everyone to believe that things would improve immediately. But it didn't last long.”

It is difficult to maintain hope in such a context or to have confidence in a better future. António Guterres, Secretary General of the UN, spoke about Syria as a "hell on earth", a country with 23 million inhabitants, 11 of whom were displaced, between internal and neighbouring territories, and 500,000 people who died in the war. And 83 out of 100 people live below the poverty line.

Cardinal Zenari spoke about Syria as being the unfortunate person on the parable of the Good Samaritan, who comes to the rescue and accompanies him to an inn, bearing the expenses. Today, Syria seems not to even have an inn. And the Good Samaritan "takes on" an even more onerous task, that of helping to rebuild that inn that no longer exists.

"People, however, resist," says Flavia, underlining the tenacity of people who do not give up. And they want to start again: "In the strength of these people is the light of hope. In the sick elderly woman, with no relatives to help her, who is accompanied to the hospital by her neighbour. In patients of any religion, who are not required to practice faith. And even those who previously regarded these Catholic hospitals as institutions of infidels, are now the first to speak well about the Church. And then there are stories like Angie’s, who returned to study and to walk”.

The project, sponsored by the Department for the Service of Integral Human Development, is funded by: The Italian Episcopal Conference, Papal Foundation, Agostino Gemelli University Hospital Foundation IRCCS, Roaco through the Equestrian Order of the Knights of the Holy Sepulchre, Misereor (German Episcopal Organization for Development and Cooperation), the US Episcopal Conference, Spanish Caritas, Vatican Gendarmerie through the St. Michael the Archangel Foundation,the Catholic Health Association - USA, Third Pillar Foundation, Human Progress Foundation, Cariverona Foundation, United World Foundation, Caritas Provitae Gradu Charitable Trust, the Hungarian Government (under the "Hungary Helps" plan). In addition to these funds, there are also donations from private individuals and Italian companies and contributions collected through the 5x1000.

Avsi Tents/1:Lebanon, a home for all
Avsi Tents/2: A task of "ten minutes"
Avsi Tents/4: Brazil, the agricultural school to protect the Amazon
Avsi Tents/5: Mozambique, trained to become the new ruling class
Avsi Tents/6: “Venezuela. I am not alone”
Avsi Tents/7: Eli has grown up