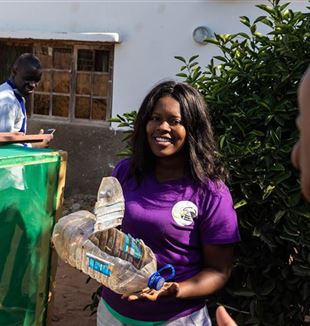 The tomorrow of Mozambique bears, upon its hands, the scars of a decades-long war, but also has, in its eyes, the hopes and the liveliness of the young generation. It is this generation that, today, constitutes the country’s beautiful profile. Avsi has been working in the African country since 1999 and proposes a project, as part of the 2019 Tents Campaign, in collaboration with the Acli (Christian Associations of Italian Workers), entitled “Mozambique, Trained to become the new ruling class". The initiative has two objectives: to allow 125 women, and young people with low levels of education, access to the world of work. It also supports the formation of a local ruling class in the country’s political, social, cultural and economic spheres, through collaboration with universities that offer international master’s degrees. These are two apparently distant, but also connected targets: they both have young people are at their centre, who are the part of the population that can embody the country’s spirit of rebirth; in the last two decades, the country’s population has almost doubled (today, it has a population of 30 million) and it has a very low average age: 17.2 years.

It’s a generation that is familiar poverty (about one in two citizens lives on less than half a dollar a day) and that wants to leave behind the fratricidal conflict that, last August, took a decisive step towards coming to an end, following the signing of the peace agreement between President Filipe Nyusi, leader of the Mozambique Liberation Front (Frelimo), and Ossufo Momade, head of the Mozambican National Resistance (Renamo). "A milestone", said Pope Francis, who came here on a visit in September, to define the handshake that came after a first peace agreement which was signed, in Rome, in 1992. The Pope's wish for the country was not to lose the courage of peace: "How much has happened since the signing of the historic treaty that sealed the peace and has gradually begun to bear fruit! Those first fruits sustain hope and the determination to make your future not one of conflict” 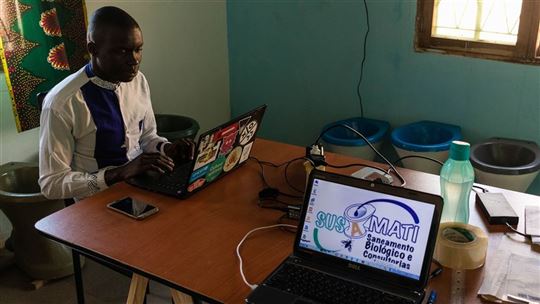 Avsi, in the twenty years that it has been working in Mozambique, has worked both in the poor areas of the capital, Maputo, in support of the local population, and has worked in cross-cutting sectors such as urban development, energy and the environment. "The first initiatives, which were supported from a distance, supported the Khandlelo association, which has long been active in Maputo, helping children and their families in the most deprived areas of the city," says Giorgio Capitanio, who, working for Avsi, oversees the projects designed for the African country. Over time, however, the association's responsibilities have evolved: "Mozambique is a contradictory country: the civil war has slowed down development, and blocked the construction of roads and communication routes. At the same time, the conflict has meant that many of the territory’s treasures have remained unused, even undiscovered". For this reason, in the last ten years, there has been a growing interest from multinational groups: "A large gas field was found in the north, so a great interest in agribusiness has developed. But economic growth, in the last 15 years, has had to deal with a context that is not prepared to manage these processes of development.” 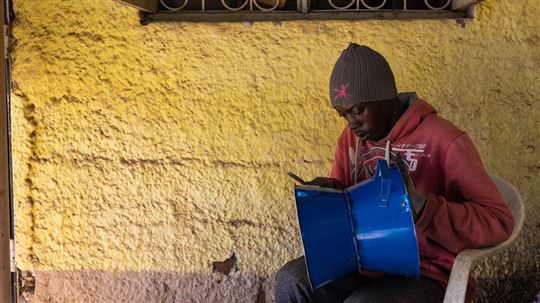 Thus, Avsi has multiplied its areas of intervention: education and training, yes, but also urban and energy development. For example, it has distributed effective stoves, among the population, which help to reduce the risks associated with coal combustion and help people save money (about a tenth of a worker's salary, every month, is spent in fossil fuel). "They are called "Efficient cookstoves" and they surpass the cooking system used by the poorest people, who make use of pots that rest on stones and coal”, Capitanio continues to explain: "Following our intervention, some young people from Maputo have created a cooperative that sells these products".

The 2019 Tents Campaign will enable projects to be launched in order to breathe life into Mozambique's development, fuelling the interests and skills of around thirty young Mozambicans. "The economic boom has highlighted the need for a working class that has more specific skills. This is why, alongside the usual beneficiaries of Avsi's projects, the poorest and most vulnerable groups of the population, we also intend to help the growth of a ruling class in both the public and private sectors". Capitanio gives some examples: "We have met young people who have small companies with great potential: the hope is to allow them to be hosted in multinational or large companies, to develop greater professional skills. Or, urban technicians who work in the cities of Maputo and Pemba: we would like to activate a training course so that they can improve their skills, by entering into twinning agreements with other African or European municipalities".

Avsi Tents/1:Lebanon, a home for all
Avsi Tents/2: A task of "ten minutes"
Avsi Tents/3: Syria, Open hospitals. The third year of solidarity
Avsi Tents/4: Brazil, the agricultural school to protect the Amazon
Avsi Tents/6: “Venezuela. I am not alone”
Avsi Tents/7: Eli has grown up