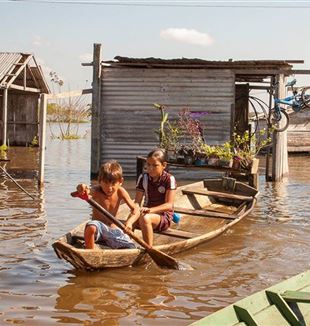 There's a special school in Manaus. It shows young Brazilians that it’s possible for them to live in their communities along the Amazon river. How is this made possible? By cultivating the land in a sustainable manner, so they do not have to move to a big city in search of good fortune, ending up, as often happens, living in poverty in a favela. Among the projects supported this year, by the Avsi tents campaign, is the Rainha dos Apostolos agricultural school, founded in 1974 on the outskirts of the capital of the State of Amazonas (two million inhabitants), on the initiative of the PIME missionaries. Its aim is to offer young people, from the villages of the Amazon forest, professional training in agriculture and zootechnics, to enhance the particular characteristics of the territory and respect for the environment.

The agricultural school is part of a larger complex that includes: a nursery school, a primary school, a middle school and vocational courses. In 2018, the nursery and kindergarten housed over 450 pupils, while the middle and agricultural schools housed 119 children. The school complex employs over 40 people, including teachers, technicians and auxiliary staff. 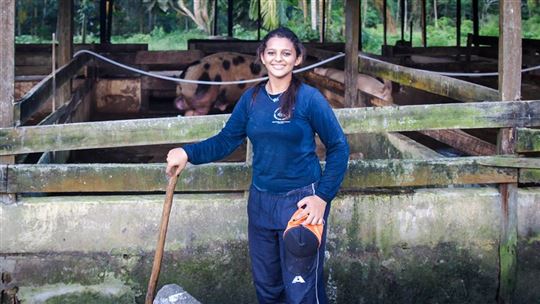 "The school hosts the sons and daughters of the indigenous communities", explains Fabrizio Pellicelli, the director of Avsi Brazil: "We are dealing with hundreds of boys and girls who, for a complete cycle of studies, move to the school in Manaus to receive traditional schooling as well as specific training in agricultural activities. The aim is that, at the end of their studies, these young people will be able to return home and create agricultural products to sustain their communities, following sustainable techniques in order to safeguard the Amazonian environment". The latter is a very topical issue because it was widely discussed at the last Synod on the Amazon.

"The experience of the agricultural school reveals that sustainable development is possible here too: the natives can stay in their village, to work and start a family. This school allows young people to continue their local traditions, but also to receive a quality education and become aware of their value," continues Pellicelli, who explains: "Technical training for young people comes within an educational process that stimulates, in them, the courage that is necessary to become small entrepreneurs: if they had not met this school and had not been accompanied by its teachers, they would have followed another path that would have taken them, most probably, far away from here.” 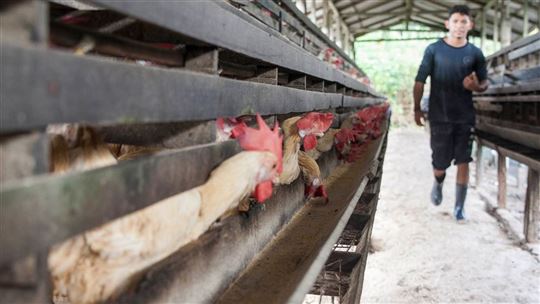 The agricultural school responds to real needs. "The idea was born from the intuition of some missionaries who, already at the beginning of the Seventies, did not begin by analysing the situation, but gave a concrete answer to a concrete need", says Pellicelli: "And it worked, as demonstrated by the fact some of our current students are the second generation to come: their fathers attended school, returned to their village, set up a farm and family and now send their children to study in Manaus, as they had once done themselves".

The funds raised during this year's Tents Campaign will be used to finance teacher training on new organic and sustainable farming techniques, agricultural production to ensure child nutrition and the economic survival of the school, and, finally, the development of communication channels and management tools to develop a system for assessing the social and environmental impact.

Manaus’ agricultural school is just one of the signs of Avsi's presence in Brazil, on the front line, among other things, in the management of the emergency linked to Venezuelan refugees. "The first step is to manage the primary refugee camps on the border between the two countries, with the final objective of transferring migrants to Brazilian cities, encouraging their inclusion in the social and economic fabric through agreements with companies so as to guarantee them employment," says the head of the NGO. Moving along these lines, last year, thanks to the tents campaign, a pilot project was financed that has worked and which will now become structural. " Last year, the campaign was useful to experiment with the project and to involve large companies in the creation of jobs for migrants. Thanks to this first step, in the next two years, we will be able to "adopt" 500 Venezuelan families.

Avsi Tents/1:Lebanon, a home for all
Avsi Tents/2: A task of "ten minutes"
Avsi Tents/3: Syria, Open hospitals. The third year of solidarity
Avsi Tents/5: Mozambique, trained to become the new ruling class
Avsi Tents/6: “Venezuela. I am not alone”
Avsi Tents/7: Eli has grown up