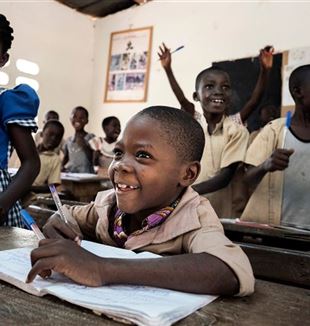 For Avsi, distance support is one of the fundamental tools that supports its activities. For this reason, among the various projects of the 2019/2020 Tents Campaign, there is a specific project dedicated to this type of aid: "You are never too far away to meet". For us, distance support is the means of knowing what happens in a place: we meet a child to help him, but through him we also get to know his family and try to understand their needs. This story is told by Lucia Castelli, a pediatrician and Child Protection Advisor for Avsi, for whom she has been working, for 25 years, on projects in various African and Middle Eastern countries. "The friendship that is born at a distance between an Italian family and a child helps to get to know the child better and to look at them more carefully, and this nourishes our way of accompanying someone as they grow up”.

Currently, there are 23,762 children supported by Avsi through distance support projects in 28 countries in Africa, Asia, the Middle East, Latin America and Russia. Since 1994, more than 56,000 Italians have chosen this form of aid, meeting the educational needs of more than 100,000 children. They do this through annual fees that are easy to manage: just 312 euros (which can also be paid in instalments) are sufficient to help a person to face his or her scholastic path. "Of course, the primary objective of that money is the education of the young person: it is used for simple things like notebooks, but also to pay school fees. But there is much more: helping a child helps their whole family.” The utility of distance support is reciprocal, both for those who receive and for those who donate. "A few years ago, I was struck by the story of a Ugandan girl: when she finished her studies, on the occasion of an end of school party, she received a visit from the Italian family that had been supporting her for years. The mother and the girl had often written to each other and became friends: it was a beautiful encounter. That family had seen the girl grow up from afar, and they had always accompanied her. It is like seeing a tree grow from a small seed”. 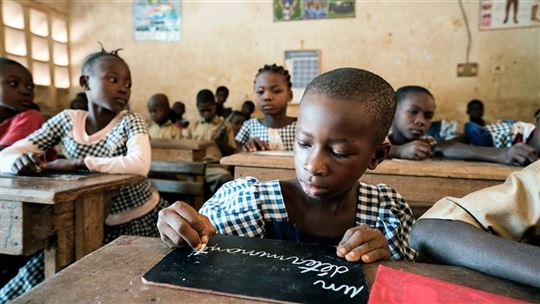 Throughout her journey, Lucia made several encounters that dictated her method. Firstly, in Kenya: "In Nairobi, we help several children who attend the "Little Prince" school. A few years ago, some mothers wanted help to create a small kindergarten for their youngest children, they each contributed with their specific skills: there were those who knew how to cook, those who would have looked after the children. We chose to support them, not only to help the children but also their mothers. Through distance support, the family is helped, who also rely on the networks and associations that already operate in the area: for example, the International Meeting Point in Kampala, or the Khandlelo association in Maputo, Mozambique.

Eli, a 10-year-old Rwandan child, is one of the children who has been helped through distance support: "He didn't go to school because he was suffering from AIDS: he had lost his parents, he lived with his grandmother and his older sister, they had a small plot of land and nothing else", explains Castelli. "He wasn't cured, but, above all, he didn't want to be cured. We met him: his bright eyes unveiled his desire to go to school. Therefore, we included him in a project: he received support and care, and began to study.” Eli had an enormous desire to go to class, so much so that he underwent the mass of therapies that he had been prescribed and became responsible for a group of mutual aid along with his other sick companions, who also needed to follow their treatment with precision. "Today he has grown up and, together with some companions, he has created an association that is recognized by the government, which does training courses in schools on the prevention of AIDS.” In 2010, when Avsi completed a major project in the country, a party was organized. Among the guests was Eli, who took to the floor and said: "Avsi's project is over, but Avsi will not go away: I will continue to do what it did for me".

Avsi Tents/1:Lebanon, a home for all
Avsi Tents/2: A task of "ten minutes"
Avsi Tents/3: Syria, Open hospitals. The third year of solidarity
Avsi Tents/4: Brazil, the agricultural school to protect the Amazon
Avsi Tents/5: Mozambique, trained to become the new ruling class
Avsi Tents/6: “Venezuela. I am not alone”