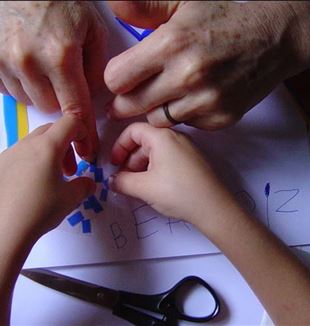 "I am not at home not to die. I am at home to live, live to reach the true life.” When an Italian young woman said these words to Julián Carrón, three friends Débora Ramos, Marcela Bertelli and Julián de la Morena, were inspired to write a few articles on the value and meaning of our home’s different spaces and objects. They were inspired by the English writer Gilbert Keith Chesterton and by the exhibition "The sky in a room", presented at the 2013 Rimini Meeting. Added to the author’s reflections, charged with his experience of living in England between the 19th and 20th centuries, were those of two women, mothers, professionals and housewives who, in the isolation imposed by the pandemic, began to live their homes in a different way.

It can be said that in the "voice" of Débora, Marcela and Julián, the descriptions of each room have been "updated". The proposed challenge was that you can recognize and find beautiful surprises that real life offers in every corner of the house. The website "O céo en nossa casa" (The sky in our home), published in Portuguese, English, Italian and Spanish, uses a form of navigation that imitates the structure of a house, allowing access to every room. The reader, however, is invited to enter in the conventional way: through the door. But they immediately realize that this is not a normal house. Beyond the "welcome" door and the service door, there is a third, secret door... through which the "Mystery" enters. This initiative, which has been unexpectedly successful, has given rise to dialogues with families from all over Latin America, Brazil and Spain. Below are some excerpts from these online exchanges.

The first testimony is Débora’s, from São Paulo, one of the organizers: "The challenge of the new Coronavirus has taken the form of an encounter. An encounter like those that we do not normally expect: with your children, husband, washing the dishes, at the bottom of the most trivial tasks of domestic life. Instead of fear, a question arises: what do I hold most dear, to the point of not being able to lose it, to the point of needing it in every circumstance? It was at the very beginning of quarantine, in one of our conversations on Zoom, that Julián commented upon an exhibition entitled “The sky in a room”. A striking title because it seems absurd to say that heaven is here, these days, in these provocations, in these circumstances. What does it mean to live heaven, especially at a time like this? During all this time, I have been observing my daughters a lot, and after almost four months at home I could see that instead of getting bored, they were doing very well.” Débora quotes the Spanish journalist Jesus Montiel who, in a post on the internet, wrote during lockdown: "Children are proof that we are not made for projects, but for living by loving and being loved.” And she observes: "Martina, five years old, before going to sleep one day, began to declare her love for me”: «Mommy, I love you, Mommy, thank you.» How is it possible to end the day by declaring your love for something? After a day on that "carousel of emotions"? How is it possible that the outcome is a shock, full of certainty of being loved? And she also talks about her youngest daughter: "Rebecca, one-year-old, has started walking and suddenly she is attentive to everything. Looking at her, so surprised by by everything, I see that she is present before everything. I, who in these days wanted to see the horizon, noticed that those eyes express a surprise for the reality which is greater than any beautiful horizon. It is as if she sees God. Everything is needed; she does not waste an instant, and she adheres thirsty. There is no trace of conformism. What about me? Am I present like this right now?" 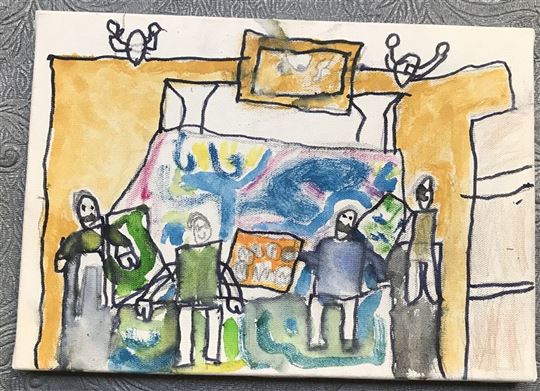 Filippo, Débora’s husband, in a meeting during this period said that "after months of diligently caring for the branch of an almost withered plant that a friend gave me, it began to grow and suddenly blossomed. When I told my friend, he said: "What a strong plant!". And I immediately thought: "What do you mean, what a strong plant?! What about me, who has waited six months waiting to smell that flower?" But his observation had struck me and interested me more than my reaction. I do not know why, but observing this "strong branch" that was about to bloom, I could not help but think of my two daughters. It is as if every day I live the promise of seeing the fruits of all our efforts to accompany, educate, instruct, correct, shape…And I hardly ever realize that there is something in them that is irreducible, that develops mysteriously and that does not depend upon me."

Another story is Carolina’s, Argentinean, mother of six, who proposed to start one of these virtual encounters with the music of As mãos de minha mãe (My mother’s hands), by the composer Peteco Carabajal. Starting from this song, she recounts her experience. One day, whilst she was ironing, she found herself singing it. She was struck by the way the composer looked at his mother. Peteco learned a lot by watching how she lived, doing what mothers do every day. Thus he compares her to one of those "birds that love life." For Carolina, we affirm whether or not we love life, whether or not we are grateful for its existence, in the way we relate to our children. She observes that for her children, time is eternal. And thus she learns to respect what is eternal in time.

For Francisco and Nuria, Spanish, parents to three children, their experience with their children has shown them that their relationship with them is the opposite of rigidity, it is necessary to learn to adapt and be flexible like them. At the beginning of the quarantine, already foreseeing that they would spend many days together as a whole family, they decided to talk to the nuns of a cloistered monastery, because they sensed that the order, characteristic of that place, would be of great help in their home. "Doing things, one by one, even if it means doing less and not doing them the way we want." Now, returning to social life, they sometimes feel very sad, "but it is not our efforts that sustain our relationship with the Mystery."

For Fernando, from Argentina, the great challenge today is to be present in the present: "In this period, it is a great temptation to be at home thinking that you should be somewhere else.” And he realizes when one is not present in the present, he not only loses himself, but violates the things he has before him with his own images and projects.

For Rosario, the desire to "live the sky at home" arose when she saw a post on an Instagram page. The post was the starting point for her to live her days at the beginning of quarantine, marked by the effort of housework and three children, in a different way. "I realized that heaven is often made of the chaos that is home."

This last meeting ends with the voice of Julián de la Morena, who returns to the three doors that characterize a house: reception, service and that of mystery. The latter, to refer to the Presence whose arrival is convenient for us, "is that of the good Father, who takes care of us and accompanies us, making himself present even in the midst of chaos.”#Coronavirus