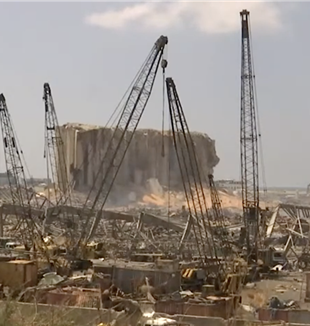 It is like poison in your blood, that at the first chance comes back to hurt you. "You have already experienced it. The roar, the trembling of the palace, the column of smoke... So, at sixty years old, your fear returns, your pain for your tortured land." Rony Rameh is Lebanese. At 6 pm on August 4 he was at home, twenty kilometers north of Beirut, by the sea. "Running to the roof to find out what and where it had exploded, and the first phone calls...". He works for Avsi and is in charge of the security of the NGO's expatriates, almost all of which are Italian.

"I left immediately for the city, two and a half hours by car with my phone in hand, trying to track down everyone, a dozen, some with their families, and gather them in the safest apartment." They were all fine. "I was particularly worried about one woman who lives with her partner in the most affected area. At the time of the blast, she was in an underground parking lot and when she came out, amidst devastation and rubble, she was disoriented and panicked.” Rony managed to direct her towards a church, where she was welcomed and where he could reach her: "This morning we went to see her partner. He has got a hundred stitches all over his body. They operated on his leg, while they delayed removing splinters from his back. Now they have other emergencies...." 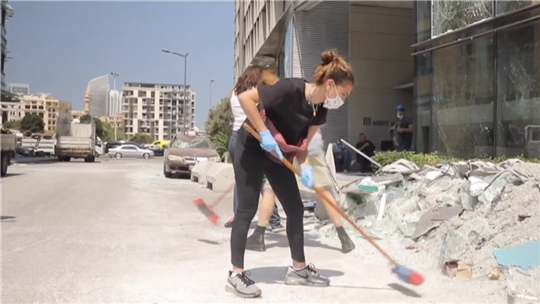 This is what is happening in many hospitals, that cannot receive all those wounded. There is talk of about 5,000 who are seriously injured, in addition to the 170 dead that have been recovered up till now. But they continue to dig through the rubble of the port and the buildings, hit and damaged even from miles away. He says that they have just fished out a survivor at sea, 36 hours after the disaster: "In the city, destruction reigns... and need." At least 300,000 people have lost everything. "An Avsi campaign has already begun to support them, #LoveBeirut, in collaboration with some local organizations."

And then there is that poison. Rony is a Christian like little more than half the population in what for years has been trying to be a melting pot of coexistence (the State recognizes 18 religious ethnic groups amongst Christians, Muslims, Orthodox). "When faced with something like this, you think immediately of the bombings, the car bombs...." Those explosions that took away friends, relatives and entire neighborhoods during the civil war between 1975 and 1990. And the bombings that continued into the following decades. "Do you understand? It is difficult to start again every time… «What conquers fear?», was Carrón's provocation to the movement in these months. School of Community and his words give us a lot of relief, they change us every time. But it is not easy." The economic and political crisis, people leaving the country, the constant danger of attacks or wars that are just a stone's throw away from home... "Someone here says that we are no longer alive, but «dead not buried». It is as if every time you try to get up, reality and circumstances throw you back down in the chair, pulling you back by your clothes. And you have to take something off to be able to do so… A thing like that throws you back again." How do you do it then? "There is faith. And it is the most human thing. As soon as something like that happens, everybody spontaneously says, «My God.» Because that is the only possibility." Humanity, the heart is everything: "So when you receive the news of a long-time friend who died in the explosion, even at my age and having seen so many, you cannot hold back tears. And yet it does not end there."

Rony and his family have had many opportunities to get out of Lebanon. "We never did. We love our country, its diversity and the way we can live with anyone. Today, I spent a couple of hours with my wife visiting the most affected and Christian areas. They were full of young people of every religion and ethnicity, who had come from all over the country and had already begun to clean up the streets." He saw himself in them again, he says, when at the age of seventeen he had taken up his rifle to defend his Lebanon during the war: "In them, I see the passion for a greater good. It is hardly solidarity. Armed with spades and brooms... It is a hope you can touch with your own hands."

We also need to pray, he adds: "It is something I have asked hundreds of friends who have written to me mainly from Italy. There is a fraternity with them, a vital friendship." Something that does not leave you alone in that vice from which you struggle to free yourself: "In fact I always ask everyone to come and visit us, to come and stay with us. It is a tormented land. But we are still alive."