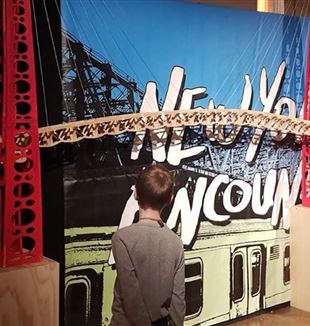 America is gearing up for an election year in which an estimated six billion dollars will be poured into ideological campaigns on TV, Twitter, and Facebook. After the emergence of the Me Too movement, a resurgence of racial tensions, and the drama of the presidential impeachment process, battles are pitched and entrenchment is deeper than ever. And so it is striking that, as thousands of people gathered in the heart of Manhattan at the annual New York Encounter from all over the country, a young student could see a clear “focus on unity.”

Eva Massey, who flew in from Notre Dame, Indiana, to attend the cultural festival for the first time, could not help but notice how “everyone is gathered here for a single purpose.” Her favorite part of the three-day event was the story of Etty Hillesum, a young secular Jewish woman from Amsterdam who died at Auschwitz, told through one of the Encounter’s five exhibits (alongside exhibitions about Fr. Giussani in America, James Baldwin, artificial intelligence and 'Ideology and amazement'). 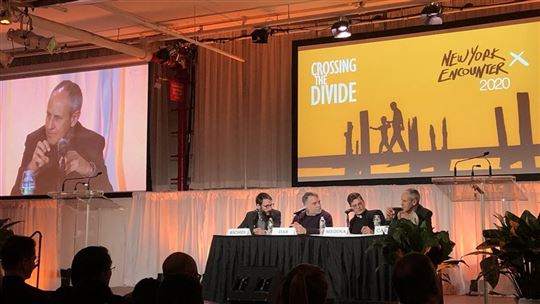 Etty survived a disturbing childhood to come to the realization that “there is a deep well within me, and in it is God.” Though she could have escaped, Etty offered to accompany other Jews to the Nazi internment camps, exhibiting in the face of deepening horror an even-deeper love. “A human being is a remarkable thing,” she wrote.

Etty’s experience and those of many others anchored the exploration of the weekend’s theme, “Crossing the Divide.” Increasingly, Encounter organizer Angelo Sala noted, Americans are retreating into ideological “shells” that deepen our isolation from others and ourselves. “Experience is the real weapon against ideology,” Sala insisted.

But it is not just any experience that can bring us out of our shells, Fr. José Medina noted. In the presentation on the new book by Fr. Julián Carrón, Where is God?, Medina pointed to the experience in which one moves “from being aghast to being agape, a journey from a point of uncertainty to a possibility of being in wonder.” Fr. Carrón himself amplified: In the face of a horrific experience, one is forced to ask the question “why?”—which expresses, above all, a relationship with Another, the very relationship that will enable one to “go to the end” in any given situation. 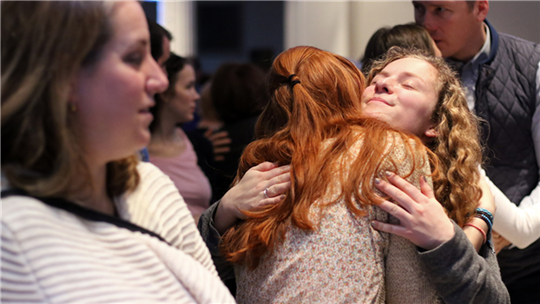 Like Etty, Frank Simmonds was able to “go to the end” in his journey from being aghast to agape. In the midst of a suicide attempt sparked by despair over his crippling drug addiction, Frank discovered a cry arising within him: “If you save me, I will serve you for the rest of my life!” As his wife Rita explained, the “conviction” of God’s mercy that stemmed from this experience was repeatedly deepened as Frank went on to embrace marriage, fatherhood, and finally, in the face of terminal cancer, the offering of his own life for others.

Over the course of the Encounter’s twenty-four presentations, panelists shared their experiences of crossing America’s most daunting divides, involving race, the economy, abortion, medicine, and politics. Time and again, the willingness to take risks led to the discovery of a shared humanity. When Wall Street banker Chris Arnade (“In Search of the Other America”) began to talk to the “third-row” residents of a reviled Bronx neighborhood, he discovered their unique stories, propelling him into a three-year journey into the “other” America.

After founder of the Facing Homeless project Rex Hohlbein invited a homeless man into his architecture office, he began to see these hidden others in an entirely different way. 50,000 people began to follow his discoveries on Facebook. “When we see the homeless,” he challenged the crowd, “we cross the street and ask intellectual questions about the person. Where did they get that stuff? Am I safe? Are they on drugs? If we get close, we must ask heart questions.”

Heart questions loomed large in the experience of ex-white-supremacist skinhead Christian Picciolini (“A Paper Thin Distance”), whose ideological shell began to crack when a black teenager broke down crying in his record store. After Picciolini learned that the boy’s mother had just been diagnosed with late-stage breast cancer—his own experience only six months earlier—he entered the conversation without even registering that the man he was talking to was black. At that moment, Picciolini discovered that “the demonization that I had in my head could be replaced by humanization.”

To move beyond ideology, the Encounter organizers emphasized, we need the help of others—a mother, a father, a mentor, a friend—just as the poet Dante needed Virgil to guide him up from the darkness of hell “to see again the stars.” “We are so afraid of reality,” Fr. Carrón said. “It is so overwhelming, so mysterious, that we cannot go to the very end [in any situation] without having the companionship [of others].”

Professor Aaron Riches shared how Fr. Carrón’s book was an important source of accompaniment as he navigated the horror of the suicide of a beloved priest and pastor. And in “A Place for Life,” a presentation on family life, Matteo Stohlman recounted how his parents guided him through daily conversation and family dinners. When Stohlman started smoking, rather than forbid him, his parents encouraged him to use his freedom to judge “what makes you happy.”

Archbishop Christophe Pierre, Apostolic Nuncio to the United States, celebrated Mass in memory of the anniversary of death of Fr. Giussani. He concluded his homily by saying: “The way to cross divisions is to be aware, in every moment, of His presence. God is not far away. He is near. He is our companion everyday. Christ is the way”. 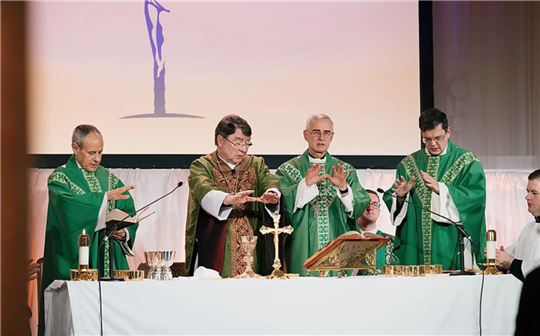 The last moment of the Encounter featured stirring witnesses of “Someone, Somewhere, Who Lived Fully.” Rector of the Benedictine Monastery in Buta, Burundi, Fr. Zacharie Bukuru told how his seminary students were assassinated by Hutu rebels in April 1997. When asked by the guerilla fighters to separate themselves into two groups, Hutu and Tutsi, precisely so that the gunmen could execute the Tutsis, the young men refused. Forty of them were gunned down in that moment, becoming “martyrs for fraternity.” The seminarians were buried together in a final act of unity by their parents, and today their shrine draws pilgrims from around the world.

As in years past, the Encounter’s theme was expressed in original artistic creations, including the poems that garnered prizes in the Encounter’s contest and a replica of Boston’s Zakim suspension bridge constructed by children at the “To Infinity and Beyond Lab.”

The Friday night performance of “The Girl From Hong Kong” explored the theme through distinctly American words and images accompanied by moving original music composed by Jonathan Fields and Christopher Vath. And on Saturday, jazz pianist Andrea Domenici and classical pianist Radoslawa Jasik amazed the audience with performances on the same beautiful Steinway piano. What started as a concert featuring two very different musicians ended with their collaboration on three original four-hand arrangements. 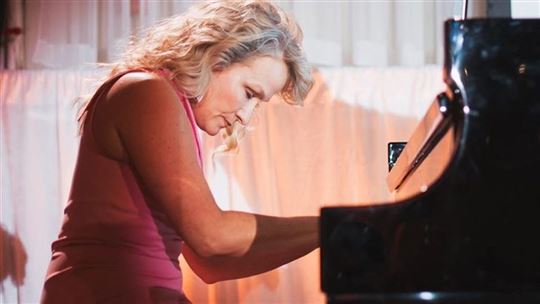 The unexpected unity of the elegance of classical music and the mad frenzy of jazz was a high point for Homer, New York, native Christopher Moheimani, who was at his fourth Encounter with his family. He found himself happily lingering at the food court and coffee bar, manned by some of the Encounter’s 420 volunteers, for “spontaneous conversations with people about what we have just heard.”

“The speakers are saying things in an entirely new way,” Moheimani added. “I know that I will find something here that sustains me, something I will find nowhere else.”#OtherMeetings #NewYorkEncounter