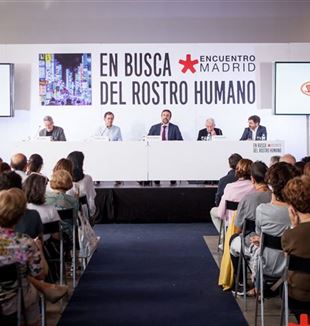 Where is the 'I' born? What shapes our human face? What gives irreducible value and meaning to each person? EncuentroMadrid 2019, with the theme "In search of the human face", has allowed us to shed light on these questions.

From the first round table, Joseph Weiler, holder of the Jean Monnet EU Chair in Law at New York University, took up this challenge. One can only discover their human face in relation to others and to God: “We know our face not by look in the mirror, but by seeing how we interact with others”. He then supported this statement with some passages from the Bible, during a dialogue with Ignacio Carbajosa, Professor of the Old Testament at the University of San Dámaso in Madrid and head of CL in Spain, who proposed a series of passages from the life of prophet Elijah, "one who prays before God and asks him to respond to the prophets, the people and the king. This reading highlighted "the audacity of Elijah who carries the history of Israel upon his shoulders and begs for the entry of God into history.” Weiler, instead, considered the story of Abraham. From both examples, it emerged that the relationship with God is a relationship based on love: "For us, the true miracle is the millennia that pass", said Weiler: "People continue to believe without miracles. Faith is not irrational, because love is not irrational.”

The figure of Václav Havel, the political protagonist of this year’s edition, put before everyone the notion that only by "living in truth" is it possible to build and return to the original root of Europe. “What moves politics cannot be a discourse, a theory, an action, but the need for life to be truly life”, said Ubaldo Casotto, curator of the main exhibition on Havel, paraphrasing the Czech President. Casotto also spoke about the responsibility of citizens: “The new Europe must rediscover its freedom. Consciousness and responsibility are linked to man. Havel said: “I am interested in those who do good without being seen”. Consciousness is the reason why, when you are alone, you behave as if someone were watching you. Europeans believe it less and less.” And he concluded: "Europe must begin changing the world starting from the existence of something worth living for. Only starting from here, at this point, although we are different from each other, can we meet".

Rocío Martínez-Sampere, director of the Felipe González Foundation and former Socialist MP of the Spanish Parliament, did not hide her fascination for Havel and wanted to give a personal testimony of her experience and her way of doing politics, "something that has never just remained a singular dimension of my life". She said she was very impressed by the exhibition: "When I was a politician, I used to bring my own ideas and try to defend them in a liberal way. If you go "beyond", when you try to understand the other, you put everything back into play, and doubts arise. Havel is an "invitation to doubt" and has reconciled me with many of my own.” 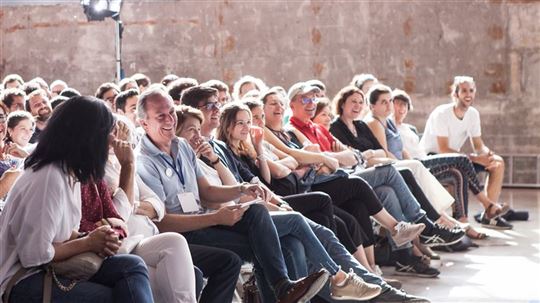 At EncuentroMadrid there was also talk of education. This year, the protagonists were by Rafael Garesse, rector of the Autonomous University of Madrid, and French mathematician Laurent Lafforgue. Both highlighted how the rekindling of an attraction and the taste for learning are only possible through the figures of teachers who, with generosity and availability, accompany students on this journey. "Teachers must become educators", explained Garesse: "A good teacher is not one who gives a good lesson, but one who cares that his students experience a passion for knowledge, the beauty of knowledge and the desire to grow in life".

Lafforgue, speaking about the French system, but extending his observations to the rest of Europe, spoke of a "fracture" that is occurring in society: "In recent decades, education has ceased to be a field of transmission of knowledge and wisdom. As a result, humanistic education, based on the learning of languages and literature, has also begun to disappear.” The same applies to the teaching of history, a subject that is less and less attractive. This tendency is not linked to a specific plan, but is rather "a loss of the sense of what is being taught, a reflection of the nihilism that has invaded our society".

Another highlight of EncuentroMadrid was the dialogue with Monsignor Luis Argüello, Secretary of the Spanish Bishops. He stressed that, at this time, when so many shared certainties seem to lack, many commons needs are emerging: nostalgia for truth, freedom and dignity. But this, Argüello said, opens up an extraordinary opportunity to meet Jesus, because "the task of the Church is to listen to the beat of the human heart". The Church cannot be reduced to an institution that says only 'no' or vetoes, although there are "intolerable questions against which we must make our voice heard". The theme, he explains, is that "we are called to collaborate in order to awaken, in the human heart, nostalgia for dignity. From this, it is possible to arrive at the affirmation of life, from conception to death". 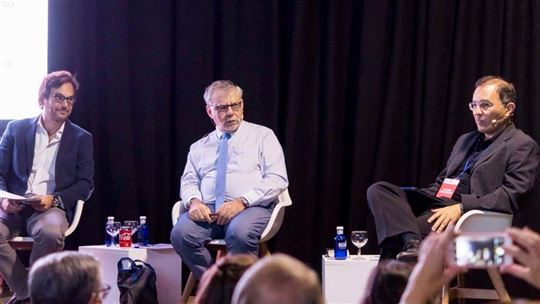 To close Encuentro,a round table on the theme of forgiveness, with anthropologist Mikel Azurmendi, former Italian terrorist Alberto Franceschini and director Juan Manuel Cotelo. Franceschini, founder of the Red Brigades, does not deny his responsibility for the Years of Lead: "I was arrested before I could kill someone, but this does not absolve me. If I had been on the street fighting, in those years, I probably would have done so", he confessed: "I had to ‘settle the accounts’ with myself as well. I couldn't hide behind the excuse that I hadn't killed anyone. Those who did kill, did so also because of me. I knew what we had to do, and whoever was going to shoot was a secondary element to consider".

Franceschini then insisted that "to forgive, the truth is necessary: one must know what to forgive", further remarking that the movement must start from those who are at fault: "Often victims or relatives do not want to enter into a relationship with the perpetrators. Therefore, they must be the first to be interested in forgiveness, in a relationship and even in clarifying what they have done. In this sense, repentance is, first of all, a process of truth.”

Azurmendi, in turn, related the experience of forgiveness to the discovery of the face of the other, with reference to the theme of EncuentroMadrid: "To begin to meet the face of the other, you must first be willing to feel guilty, to be aware of the evil that has been done and willing not to do it again, coming to bear such a burden that you have no choice but to recognize forgiveness as the only way out.” Azurmendi also referred to the victims and the burden that weighs on them, explaining that forgiveness is "an act of abandonment, a gift, a liberation. In that convergence of pain and shame, for what one has done, and of wounds and burden of the other, for what he has suffered, right here two faces meet: "The other is necessary, the other is good. And to love him is a necessity".

Finally, film director Cotelo recounted, starting from one of the testimonies of forgiveness that appears in his film The Greatest Gift, that "what can best help us to forgive is to know that we are forgiven. When you have experienced forgiveness, you can't help but wonder who are you not to forgive, when all your debt has been cancelled unconditionally. And in front of God's merciful and omnipotent forgiveness, who am I not to forgive you and who am I to judge you?”

After this intense weekend, in which this relationship with others and with God, as Weiler said, has played out, it is the responsibility of each one of us to answer the question: where and how have we found our human face?#OtherMeetings