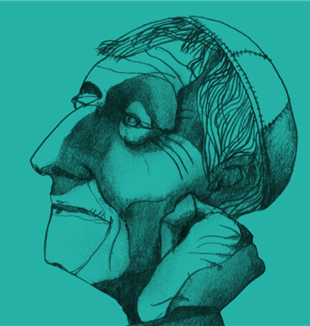 Just nine years after his beatification, on October 13th, in Rome, Pope Francis will complete the canonization process of John Henry Newman, the great 19th-century English convert. In view of the recognition of his second proven miracle, Newman becomes the first English saint of the modern era, the first in more than 300 years. Before him was John Kemble, martyred in Hereford in 1679, the last of the many victims of the schism began by the actions of Henry VIII and of a century and a half of civil war. It is difficult to exaggerate the significance of Newman’s life and thought and the breadth of his influence on many figures, from J.R.R. Tolkien to Graham Greene, from Christopher Dawson to Joseph Ratzinger. Priest, teacher, theologian, polemicist, preacher, and, finally, cardinal, he was also a novelist, poet, journalist, committed intellectual, and, above all, a charismatic reference point for thousands of people, both in the formative years of his youth at Oxford, during which he gave birth to a movement that changed the Anglican church, and, after the earthquake of his conversion in 1845, in a Catholic Church that was not immediately ready to welcome such a free and original mind. We spoke about him with Ian Ker, Emeritus Professor of Theology at the University of Oxford, and the world’s undisputed authority on Newman. He is the author of about 100 publications, including a rich and fascinating biography of Newman.

Professor Ker, why should the average Catholic be interested in the canonization of an academic and theologian from Oxford?
Newman was anything but an ivory tower academic. Throughout his life, his intellectual and apologetic activity went hand in hand with his pastoral activity–this is an aspect of the man that has always personally fascinated me. For example, in Littlemore, during the years of crisis before his conversion, Newman enjoyed teaching children from the poor families of the area. In the years after his conversion he was engaged in intense pastoral work in the oratory of Birmingham. One of the reasons why his written output was not as extensive as it could have been, was that he spent hours every day tending to the stream of correspondence that he received from hundreds of people coming from all social and cultural backgrounds.

The two people that he miraculously healed were also not impressed, first and foremost, by his intellectual stature.
Not at all. Catholic intellectuals often don't pray, and I've always said that the faith and prayer of the simple-hearted was necessary for Newman to become a saint. Deacon O'Sullivan, the recipient of the first healing, got to know Newman by watching a documentary on television in which I spoke. O’Sullivan was struck by the great and serious suffering that afflicted Newman during his life, and by the faith with which he lived it. Melissa Villalobos, who received the second, decisive healing, is a mother of seven; she watched the same documentary, which prompted her to pray to Newman when she was seriously ill. She was fascinated by the fact that he was not an ivory tower academic and by the relevance of the challenges Newman faced.

Indeed, in an interview, she declared that she had been saved by Newman so that she could continue to lead a normal life, but one that was entirely dedicated to God and to the church. At the same time, however, the legacy of Newman's thought is immense, especially on 20th-century theology.
Of course, and your movement is one of many examples. When I met Giussani a few years ago at one of the meetings of CL leaders, he told me he had studied Newman’s writings during his years at secondary school, long before me! Newman is truly a prophet of the world and of the contemporary church. He identified more than anyone the onset and effects of secularization, and he understood that the church should face it first and foremost by placing at its center the individual encounter with the person of Jesus Christ as the only answer to every human being’s desire for fullness. One can see this emphasis, for example, in the conversion of Callista, the eponymous heroine of a beautiful novel by Newman, which is often forgotten. For this and other reasons, I am sure that sooner or later Newman will be declared Doctor of the Church.

But how does Newman prefigure the council and the postconciliar church?
An important element (one of many) for him is the idea of organic communion: for Newman, the church is not a dualism of clergy and laity, but is the living body of all those who have received baptism, as it was described in the first two crucial chapters of Lumen Gentium. Also, Newman anticipated the importance of returning to the study of the early church and the church fathers, which was central in thinkers like De Lubac, who had a great influence on the council. Newman’s writings prefigure many of the key documents of the council, including Dei Verbum, Gaudium et Spes, and Nostra Aetate. Newman’s writings often also provide the basis for a rethinking of the various hermeneutical distortions that, unfortunately, were put forward in the postconciliar years.

Does Newman’s prophetic role as respects the council only concern theology?
Another aspect in which he anticipates the postconciliar church is in the idea of movement, which is the concrete embodiment of the idea of organic communion that I mentioned. This idea is central to both Newman's life and his thought. In the 1830s, together with some friends and colleagues at Oxford, Newman gave birth to the Oxford Movement. The purpose of the movement was to demonstrate or recover Catholic theology within the Anglican Church. It took a form that was similar, in many aspects, to that of the new movements born in conjunction with the Second Vatican Council. In its early days, many of his companions spoke of the need to organize commissions and strategies. Newman strongly opposed this, defending instead the importance of “personal influence” as the true method to propagate the truth.

What does this mean exactly?
Quite simply, it is the idea that Christianity, and every living idea in general, spreads from person to person through the dynamic of fascination within an individual relationship.

What does Newman have to say to the 21 st-century Church?
For Newman, the traditionalist vs. liberal dichotomy does not work. Rather, through his life and thought, Newman showed that it is possible to be simultaneously conservative and reform-minded–and that it is necessary to do so. Newman often said that in order to always remain ourselves, we need to constantly change. This is the task of the church, and that of every single Christian.

Professor Ker, you have dedicated most of your academic career to Newman, but what was Newman’s particular “personal influence” on you?
When I have doubts about my faith and everything I have dedicated my life to, I think of Newman, both because he was not afraid to face those doubts, and because he devoted so much of his intellectual energy to the questions of how to have reasonable certainty and the relationship between reason and faith in general. But, above all, I think of him when I have doubts because his holiness is the best evidence of their inconsistency.