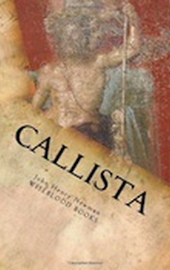 Callista, one of John Henry Cardinal Newman’s two novels, is the story of a young pagan woman in Roman North Africa and her would-be suitor, a Christian youth, easy-going in his religious practices. Newman paints a fascinating picture of life in the Roman province, with conflicts between imperial and local authority, sometimes gruesome pagan religious practices, and the harried life of the scattered flock of Catholics. As an historical novel it has few rivals, with scenes of riots, witchcraft and the mocking urbanity of the Roman elites. Callista is a story of conversion, holiness and martyrdom, with implications even for our time.

“Newman was a prophet. Callista gives us some insights about our own time by showing the powerful witness of primitive Christianity in a pagan culture and what it takes to build over time a Christian culture: prayer, the sacraments, and a willingness both to live out the Gospel message fully in the middle of the world, and to be a confessor and martyr for the Faith if need be.” (Fr. C.J. McCloskey III)