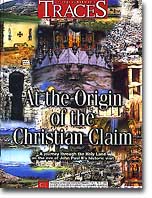 We are all busy. Life in our society, rapid and demanding, invites us to take on more and more commitments. Work commitments, commitments to ourselves, with the family, commitments for… Agendas are one of the best selling items. The man of the third millennium is without doubt a very busy man.
The time is past when "being involved" meant being involved politically or culturally. Today it seems that the plane of individual commitment of the vast majority is only that of pursuing some particular interest or being out for oneself. As a counterweight, in the best of cases, there remain a few little islands of time dedicated to working for others or some noble cause. Little islands, though, cultivated with the rhetoric of the right feelings, in order to balance the true aridness of an existence conceived completely within the horizon of one's own personal satisfaction. Just to pacify one's scruples. But scruples, Camus wrote, have never made anyone great. And as Eliot reminds us, from a certain point of view, a group of beavers can build better than men.
A person is great when his or her involvement with reality is great. It doesn't matter whether one is a king or a housewife. But what does it mean to "be involved" truly with reality? Involvement is a form of possession, it is knowing how to hold something in one's hands. There is something at stake: one gets involved in order truly to possess reality, so as not to lose it. One commits to one's work so as to possess truly that piece of reality which is involved in it, one commits truly to one's children because one wants never to lose them….
The Gospel warns: "What, then, will anyone gain by winning the whole world and forfeiting his life?" From an existential point of view, when does a man "forfeit his life"? Maybe when he is subject to contradictions? Or when he comes up against difficulties?
No, a man "forfeits his life" when he has nothing good to look at, when even in the marvelous castle of his knowledge, virtues, and riches there is no a presence that fills his life with positivity and to which he belongs. Without water the desert is only desert, and even knowing very well the road to get from one point to another, one feels lost and ends up considering every trip as though made in vain. And with children, even in their own house they feel lost if there is no one there who loves them.
Our current civilization, having removed, from the heart of reality, the hypothesis of a positive presence, finds itself full of adults who are too often reduced to being beavers. They get involved in building an illusion of a den. But they don't truly "possess" anything. This is a form of slavery.
Faith, the recognition of a Presence that gives value to life, has made people invincible in their commitment to building, even though they are no more "clever" or "generous" than others, but they are free. Two thousand years of history are rich in the signs they have left in charity, culture, politics. These are signs of man's lordship. In addition, adult men and women of faith are recognized because they generate, they build something, and do not leave reality the same way they found it.
Today, the lordship of man has been replaced by the dominion of the State and of fashion. For this reason, the times demand the commitment of free men, the mature fruit of an education. The figure of the Pope and his testimony to freedom call the Church to conversion and courage, in the midst of so many snares and wiles.