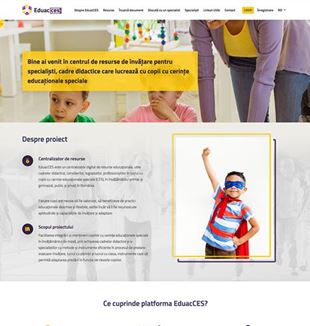 "One suffers by seeing other people suffer. There is much poverty here; not only economic poverty, but educational. And problems have multiplied because of the pandemic. However, to be honest, it has been a beautiful period. It is helping us to widen our gaze." Simona Carobene, an Italian based in Bucharest, is the director of Fdp - Protagoniști în educație ("Protagonists in Education"), an association committed to all aspects of social exclusion, with special attention towards children. Here, children are suffering the Covid and its impact on their life more severely than in other parts of Europe: "There are areas where the children do nothing for months. They do not have the means for distance learning, the teachers are not prepared, the families are left alone. Sometimes five or six of them live in a one-room apartment, perhaps with an alcoholic father and without electricity or connections. So much for tablets and distance learning…."

Yet, she recounts, it was precisely this particular situation "that made us rethink many things and has made us invent others". For example, EduacCes, an online platform inaugurated at the beginning of April, was set up. It is a meeting point for teachers, psychologists, social workers and families with children suffering from a widespread problem in Romania: learning disorders. Between thirty and sixty thousand minors are affected, according to official estimates: "But the numbers often fluctuate, there are probably more". This becomes even more true by the burden, in addition to the classic and now codified problems - such as dyslexia, dyscalculia or ADHD (“which has sharply increased in recent years") - of social discomfort, further aggravated by Covid. "A poor child lags behind easily. They have a reduced vocabulary, have missed out on important experiences, and their family often is unable to attend to their needs. This also affects learning.”

Hence the need to "widen our gaze". That is precisely the idea behind the portal, which involved the Ministry of Education, the Cmbrae (Educational Assistance Resource Center), private companies (such as Vodafone), a pool of psychologists and educators. "Documents and working tools are uploaded. There is a dialogue with experts. A question and answer desk for families." They exchange experiences and help each other, which is a need that is very much felt; in fact, "in the first four days we had two thousand seven hundred visitors and twenty-two newspapers reported about it. For Romania, it is an absolute novelty".

It is also a novelty for FdP, which is celebrating its 25th anniversary during these very strange and dramatic days. Its headquarters is in Bucharest, with a branch in Cluj; about thirty operators and a network of four hundred volunteers work for the association, who have always dealt with families in difficulty and school dropouts. Many have already begun to work on the study of disorders for some time. "Months ago we opened Wonder, a day center for specific activities with children," says Simona. "They come here, play, maybe do speech therapy. In the meantime, with pedagogists and psychologists, we try to make more accurate assessments of their disorders." In a short time, more than forty children have enrolled. "We tried to organize some ad hoc training sessions, webinars for teachers. One hundred and thirty people connected to the first session, on ADHD. We thus realized that in order to fully address the problem, we first also had to get to the bottom of it." 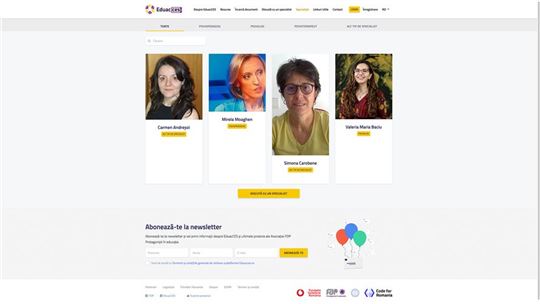 Thus, there was great need. But it also demanded greater movement and the breaking of new ground, alongside those projects that FdP has been pursuing for some time. For example, aid to Roma villages ("last year we had to add food parcels to the educational projects"); sports activities for children (organized with partners such as the Real Madrid Foundation and Decathlon); initiatives to fight energy poverty ("there are too many houses in the cold, without electricity and sometimes even without windows") and international cooperation, in cooperation with the Ministry of Foreign Affairs ("we work in Myanmar, Lebanon and Kenya, with Romanian and local partners").

Read also - The voice of the movement in Dutch

This is what Simona calls "the opportunity of the pandemic, which has opened up unexpected prospects for us. It became a chance to learn more about needs and to put ourselves at stake. Before this year, to say the least, we had never invested so much in ourselves and our desire to learn." Paradoxically, Covid has also offered unimaginable opportunities in this sphere: "I enrolled in a second level Master's program at the University of Padua on children with special needs.”

Thus, amid the fatigue of a dramatic year for everyone, her gaze "rises" and becomes sharper. She is moved in front of her colleagues who already the first days of Covid - when there were not even any masks around – went to Cojasca to bring help to the Roma, forgotten by the rest of the world: "We were scared, like everyone else, but we moved. The social worker there, who would not leave her house anymore because of fear, told us that when she saw us, she took courage and went back to work." She is also struck by more subdued, unseen gestures, but loaded with meaning: from the mothers who make themselves available to look after the children of others, to a mother who is a lawyer and would like to lend a hand to open a legal section on the portal, or several families who "have entrusted themselves to be accompanied with an unexpected docility", which opens your heart.
Ultimately, this is what is worth celebrating: twenty-five years of a story that has brought you this far, to this gaze, "open your eyes and widen your outlook", as stated by the title of a meeting organized by FdP on April 20. They have invited the Italian Ambassador and Nuncio, alongside guest speaker (via Zoom) Mireille Yoga, who helps children at the Edimar Center in Yaoundé, Cameroon. It will be the first of a series of events, says Simona, “but there is no better way to celebrate: following a big heart."