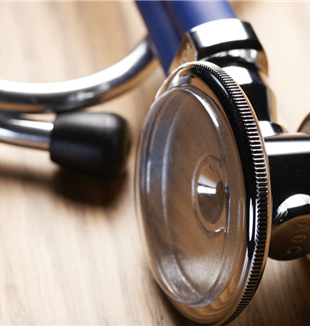 On March 23, by ministerial decree, Francesco woke up a doctor, without any exam. It was what he wanted, but when the Local Health Authority in Rimini called him to work alongside general practitioners in the home care of Covid patients, he was afraid of bringing the virus home and, above all, of not being up to the task. This was aggravated by his colleagues’ constant reminder: "Be careful, if you make a mistake you will be sued.”

He only had fifteen days shadowing a doctor to learn the procedures. Whilst in the car, his colleague, who is a few years older than him, told him that his life had changed when he had visited a missionary in New Guinea three years earlier: "I met a man who loved me and the others in a way I had never seen before. I found faith. Since then I have changed my life. No more women, no more having fun. Or at least I try." Listening to him, Francis relived his encounter with Christianity. He replied: "We are living something beautiful, let it be seen.” Such familiarity was born between them that their colleagues said, "You can tell you have been friends all your life..." They had never met before.

Your manner of working also changes. Before entering the houses, Francesco had to dress up. He then had fifteen minutes for the visit. The first ten minutes were spent understanding the patient's condition, if there was a need for hospitalization or if it was enough to keep them monitored. The rest of the time he talked to them and their families to understand what they needed. They are mostly elderly, often alone. Over the next few days he called them to see how they were doing. One lady's son said: "You called just to know how my mom is doing? I cannot believe that there is someone like you in the midst of all the confusion and fear of this period. Tonight I can go to bed in peace."

Carmelo is 89 years old and had a fever for a few days, so they suspected that he was infected. Francesco visited him and immediately realized that Covid had nothing to do with it. His hand was swollen from an infected wound he got in the countryside. "You have to go to hospital to get it treated," he told him. "No way," was the response. Francesco sent his wife to the pharmacy and stayed with him for three hours to disinfect and suture the wound. After four days he called him. And Carmelo said: "But with all the visits you have to do are you really calling me? Because of my hand?" He began to cry.

Read also - Cecilia and the bursts of light

Before Christmas, Francesco was called to a patient who was very sick and confused. Only upon his arrival did he see that the man lives in a Memores Domini house. At the end of the visit he told him, "You know, I am also from the movement. From today I will remember you in my prayers." In response the man said, "I will remember you too. I will pray for you." On his way back Francesco thought, "What care you have for me Lord."