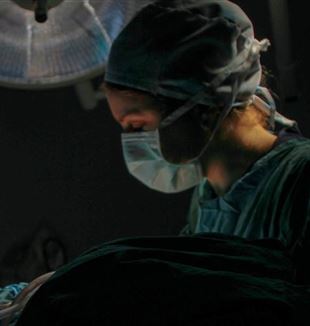 Due to the Covid emergency, Cecilia graduated early in March, in Nursing Science. After ten days she was already in the ward in a hospital in Milan. The first three months were traumatizing. One morning, Cecilia approached a patient for cleaning procedures. The man was in so much pain that he did not even want to be touched. The girl froze helplessly at the end of his bed. The nurse who is with her took her by the hand and said, "Ceci, we can help him. Let us get a doctor to change the treatment to relieve the pain." "It showed me that there was another possibility. And more importantly, that I was not alone."

At lunch, a colleague brought her salmon and avocado, her favorite dish. "He had brought it for me," she recalls. "It was not until later, thinking back over that period, that I realized that my colleagues were presences, bursts of light that, without my realizing it at the time, kept me going. They shifted my gaze, petrified by suffering."

After the summer break, Cecilia resumed work at another hospital, but always among Covid patients. With those faces in mind and the knowledge that came in time, it was easier to face the new situation, even if it remained dramatic. The bursts of light returned, but they were now easier to glimpse.

"Would you like us to wash your hair?" a nurse asked the patient dripping with sweat inside his oxygen helmet. Cecilia looked at her colleague in amazement. It was a hectic day and she wanted to "waste time" washing his hair? Normally that would be the last thing to do. The man nodded. In the evening, as she left the hospital, Cecilia felt the heaviness of the day slightly less. That simple gesture was a clue that there is something greater than suffering.

Read also - "That whisper that sweeps cynicism away"

One night, a delirious patient tried to tear off the medical equipment to which he was attached. The custom prescribes that he should be held down with all means. Instead, the nurse who had rushed over with Cecilia said to him: "You are not dying, I am here, please let me fix you. We are not leaving," and shook his hand. "Hope, which six months ago seemed impossible to me, passes through facts like these," says Cecilia. "The Lord is taking me by the hand through these presences of humanity."