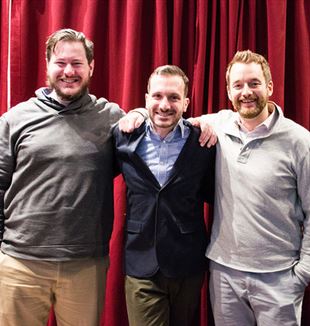 On the final day of the 2018 New York Encounter, high school teacher Patrick Tomassi, doctoral candidate in chemistry Joe Bowen and film producer T.J. Berden took the stage on the second floor of the Metropolitan Pavilion. The common thread between this disparate trio of speakers? Their fascination with the work of filmmaker Terrence Malick.

Malick, a philosophy professor turned filmmaker, has directed nine films since 1973 and has a new movie due for release in 2018. His films widely range in subject matter: from Pocahontas and the Jamestown settlers to a key battle in the Pacific theater of World War II to depictions of modern-day party life in Los Angeles. Common to all of Malick’s films, however, is his attempt not just to portray events, but to allow the hidden meaning of everything on screen to shine through. As Berden, a film producer based in Hollywood, continuously repeated throughout the panel, “[In Malick’s films], everything speaks.”

The panelists classified Malick’s style as realism in the vein of painter Paul Cezanne, who asserted that, “Nature is not on the surface, it is inside. Colors, on the surface, show that inside. They show the roots of the world.” “He’s not talking about photorealism,” clarified Tomassi. “[Malick is trying to] go deeper into reality through the medium of film.” 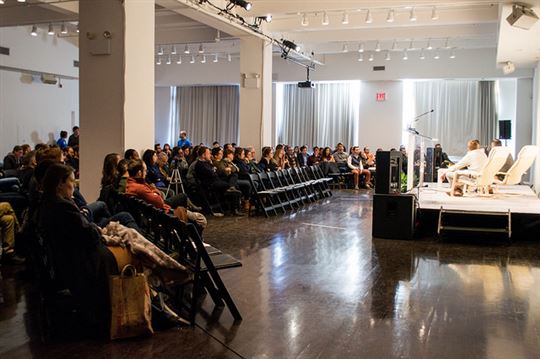 Tomassi, who teaches high school math and science in Portland, Oregon, began the discussion by recounting his first moment of exposure to the director when he watched Malick’s 2011 film The Tree of Life with a group of friends in college. After finishing the film, he and his friends were so confused that they rewound the film and watched it for a second time that night. “This moment, for me, was the moment where I began to look at film critically, because I wanted to understand what had happened and why I was moved,” recalled Tomassi. “Something I could not explain had captured my imagination.”

The structure of the panel consisted of clips from three of Malick’s movies interspersed with discussion of what had struck each panelist about the films. The films featured in the discussion were The Thin Red Line (1998), a war movie that focuses on soldiers coming to grips with mortality, The Tree of Life (2011) an epic reflection on suffering in the context of a grown man’s flashbacks to childhood, and The Knight of Cups (2016), which chronicles a successful screenwriter’s quest for meaning against the tumultuous backdrop of the Los Angeles party scene.

The panelists ordered the films not only to be in chronological order of release but also to show a movement of the central conflict of each film, from the wide-reaching theme of war to the deeply personal loss of one’s sense of self. Berden suggested this journey to be parallel to the journey of Malick himself as a filmmaker–as Malick continues to make movies, the more personal, and at times autobiographical, his films seem to be. “He is a man who is trying to understand his own lack, and what it is pointing to,” said Berden. 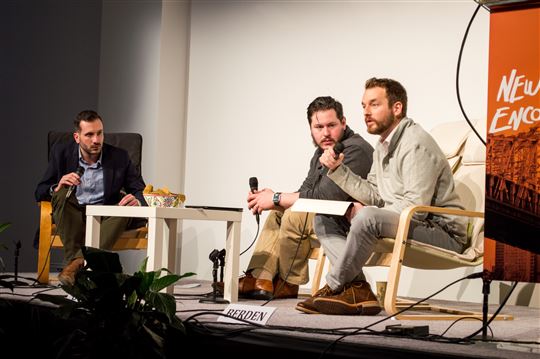 The panel’s title, “Let me Feel the Lack,” was taken from one of the final scenes of The Thin Red Line, in which Welsh (Sean Penn), a jaded First Sergeant, addresses his deceased friend Private Witt (Jim Caviezel), who claimed to have “seen another world” that allowed him to find beauty even amidst the horrors of war. Welsh says, “If I never meet you in this life, let me feel the lack. One glance from your eyes and my life will be yours.”

During the panel, the speakers highlighted moments in the films where a character’s experience of “feeling the lack” provoked them to become searchers on a quest for meaning. They also asserted that part of Malick’s brilliance is, in a way, his own “lack,” functioning as the impetus for his probing into the meaning of all things. And, perhaps unintentionally, but perhaps most strikingly, Berden, Bowen and Tomassi bore witness to the beauty of watching films with friends who are aware of their lack. In this context, watching a movie becomes so much more than entertainment– for these friends, watching Malick’s films was part of their search for Truth itself.#NewYorkEncounter