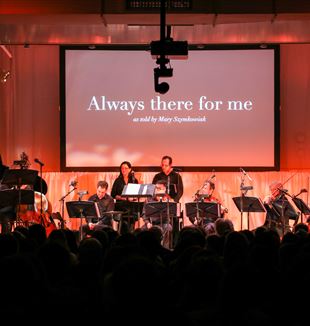 “He just sat with me,” Mary Szymkoviak

“There was nothing he could not do,” Vincentius Do

“He was such a protector,” Rod Dreher

These are just some of the quotes from Saturday night’s debut of Fatherhood, telling the stories of three men and reminding the audience of their own fathers and father-figures. This multi-media work took recordings from podcasts and turned them into a live performance, complete with newly composed music by composers and musicians Jonathan Fields and Chris Vath, vocals by Molly Ronan and Kenneth Genuard and an ensemble of strings, woodwinds and percussion.

Never mind the work’s title, Fatherhood; there was nothing abstract in its presentation. The audience met three fathers, heroic and flawed, unique and mundane, who took form in recorded narrations by their children. As Szymkoviak said of her father, his life was about food and sports, “the Buffalo Bills and bacon.”

Music heightened the emotions inherent in the drama of the stories. Szymkoviak said that when she struggled with alcoholism, everybody had an unhelpful solution for her. Her father “just sat” with her. At that point the narration paused, the ensemble took over and through music, Szymkoviak’s words sat with the audience just as her father sat with her. 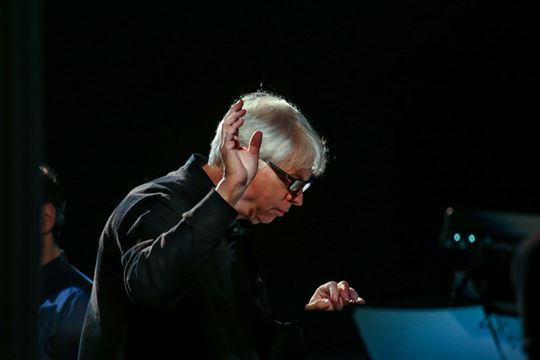 Fields and Vath separated the recordings with two fables by Roberto Madona read by Kevin Collins. In the first, a scientist, Cornelius, waited 40 years in observation of Isadora, a star, to learn the reason why her starlight flickered red. The night after Cornelius finally learned, long after other scientists stopped caring, he died in peace. In the second fable, Monica the seal rescued baby penguins trapped on an iceberg floating away into the open ocean. Her efforts inspired another seal to help, and together they saved the chicks, but the efforts so exhausted Monica that she died herself.

Fields and Vath made an interesting, and risky, artistic choice with the fables. On the one hand, the fables invited the reader into the father’s role as an educator of his children. With his own sons’ help, in fact, Madona wrote the fables as bedtime stories for his youngest daughter.

On the other hand, the fables elicit a disappointing sense of contrast. In the real-life stories, the audience heard of flawed men who were not everything their children wanted or needed. “Can I go now?” Szymkoviak’s father asked her shortly after they started a phone conversation about their plans for the day. More dramatically, Dreher’s father called him a sissy. Dreher considered this the moment his “childhood ended,” when his father became “an enemy.”

Despite a lifetime of perceived rejection, Dreher moved back to his father in Louisiana after the death of his sister. Even then, his father did not accept him. He called Dreher and his children “weird.” To Dreher’s father, this comment and others like it weren’t rejections. They were his way of being a good father—he had a vision of a good, happy, productive life that he wanted his son to experience and live as well. This contrast between the father’s education and the son’s expectations was most poignantly captured when Dreher asked his father before his death if he would like to see anyone to make amends. The father responded, “Why? I haven’t ever done anything wrong.” 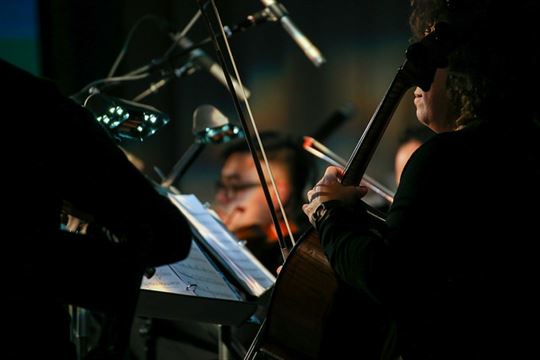 The next day, Dreher’s father told him that the night before he had a long chat with God about his “transgressions.” The father said he was “sorry” for the way he treated Dreher all those years.

That moment, the moment Dreher waited for all his life, was tied to the very next scene, the closing scene of the performance. After Dreher discovered at last that he really was a son, he also finally became the father. Looking at his own children, Dreyer said, “I’m walking in your shoes, old man, and it feels really good.”

My mind returned to the image of Madona writing fables to teach his children. The fables showed the father educating the children, but there was more to the scene. The children helped Madona write those fables, after all. As he taught them, they were teaching him how to be a father, explaining through stories of a scientist and a seal, what they needed from him as a father.
#NewYorkEncounter