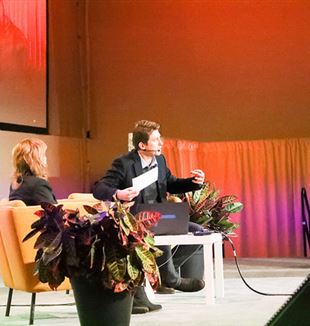 The events at the New York Encounter are not beautiful simply in and of themselves. They are beautiful because they show us something. They shed light on our life and experience. This was especially true for the final event of the Encounter, A Gaze in the Crowd, in which filmmaker Deniz Demirer took us through a journey with film. As Simonetta D’Italia Wiener reminded us in the introduction to the event, “Films, when they are good, offer us the possibility of a new gaze.” With this profound understanding, Demirer showed rather than told us about his experience with film and how he discovered its potential to express our deepest desires, especially the desire for an impossible unity.

As if speaking with friends over dinner, Demirer humbly yet assertively opened his work and life to us. I was immediately struck by his vulnerability and sincerity. He had a clear desire to share something personal and true, rather than instructing or informing. Demirer immigrated to the United States from Poland at a young age, an experience that served as the catalyst to his filmmaking. Now a successful filmmaker, actor and cinematographer, who has already made five films and participated in many other internationally-recognized projects, Demirer has not lost his wonder in front of the beauty and transcendence of film. He has a deep-rooted conviction that “personal relationships [and] personal experiences that have affected us, that plague us when we wake up in the morning and when we fall asleep at night, have a relevance.” Therefore, they’re worth exploring more through film. 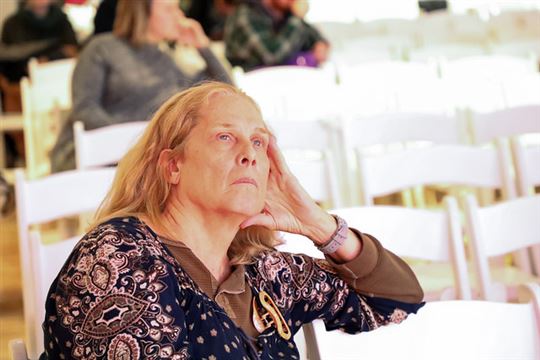 In this journey, Demirer took us through the journey of his experience with film by showing us three movie clips–one from his own film and two others from pieces that have influenced him. I was very intrigued by the three clips he chose–none of them seemingly lofty or abstract and all three with a touch of crass humor and irony that featured only average, flawed characters; Not immediately what I would expect from my idea of an esteemed filmmaker. However, as Demirer emphasized, the most moving cinema to him is that which we can easily grasp.

The first clip was from the movie Being There (1979), a film about a simple man who spends the majority of his life inside his boss’ home, educated only by television until his employer’s death forces him to venture outside. Demirer compared the character’s awkward and comical disorientation after stepping into the world for the first time to the filmmaker’s own experience as an immigrant in the United States. He explained that the built-up desire to express himself without having the language or culture to do so became for him the foundational motivation to start making films.

This context led into the next clip, one from Demirer’s own film made in collaboration with his filmmaker friend. The film follows the unexpected friendship between two men–a Polish immigrant living on the American West Coast and a Hassidic Jew from New York. The clip, with the perfect blend of candid humor and genuine sentiment, conveyed the familiar yet mysterious closeness conjured through acknowledgment and attempt to understand cultural differences. Though only about three minutes long, the clip had me laughing, tearing up and definitely wanting more. Demirer’s style is raw, personal and, with the perfect dash of humor, is so real. But, more than that, it carries a sense of hope in the unity between people without censoring their differences. 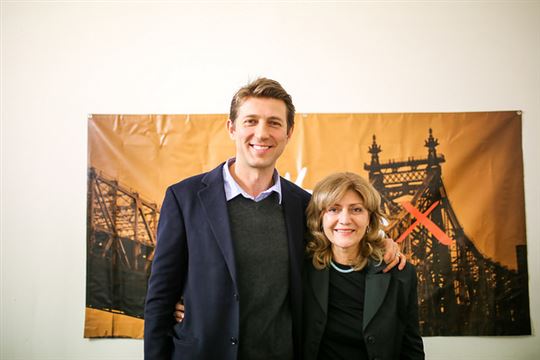 Lastly, Demirer returned us to another inspiration and showed a clip from Mike Leigh’s Life is Sweet, this one much different in style than the other two but clearly linked in theme. The scene featured two young lovers awkwardly kissing in a 1970s furnished living room interrupted by the man’s accusation of the woman’s inability to have a real, adult conversation. The scene was weird and funny and profoundly sad–hitting on some of our deep-rooted desires: to be seen for who we are and to be fulfilled. Demirer told us that this scene meant a lot to him first of all because the style allowed for audience participation. The filmmaker reminded us again of the importance of accessibility in film that often comes through the raw and concrete scenes. Demirer also admired the scene’s grappling with the idea of what it means to really see someone.

Films not only show the beauty of the world, they express our longings–those we often don’t face or can’t understand in our everyday lives. By looking at film through the eyes of a filmmaker, we better understand this underlying theme. For Demirer, filmmaking is not merely a form of creative expression, it’s a place where he discovers who he is. And this discovery is not made in isolation. Through the dialogue between filmmaker and audience that is cinema, we reach a greater unity–a unity that acknowledges and affirms the universal. A unity that most often seems impossible, but that, on screen, manifests into something that stays with us.#NewYorkEncounter