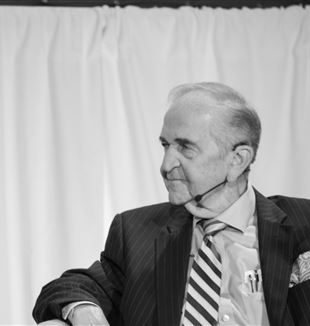 Veterans dying of liver disease, a splash of ketchup on a plate, a concentration camp tattoo, the threshold of a dying patient’s room; What connects these seemingly strange and disparate things into something so strong that, upon encountering it, one has the impression of a great pillar capable of holding up the world? It is the limpid and profound humanity of Dr. Michael J. Brescia who recognized in these things the hidden call of the divine.

Dr. Brescia is the Executive Medical Director of Calvary Hospital in New York, an acute care hospital focused on care of adult patients suffering primarily from end-stage cancer. He is also the inventor of the Brescia-Cimino fistula, a groundbreaking medical tool that allows for the successful treatment of kidney disease and organ transplants and which has remained primarily unimproved upon for the past fifty years. Dr. Brescia did not linger on the details of his invention during his Saturday afternoon address at the 2018 New York Encounter, if not to highlight the incredible story of a splotch of ketchup that landed between two french fries on his plate one day, sparking the idea for the fistula. More remarkable than his lightbulb moment was the account of how he gave up the rights to his fistula–and the billions of dollars that would have come with them–taking to heart the words of his Italian immigrant father, “lasciali!”, give it up; the money was not worth the thousands of lives that would have been lost had he waited a year to set up the patent. According to his father, the inspiration for the fistula was a gift from God through him to the world and he must not keep it for himself.

Dr. Brescia wanted to speak to the crowd about suffering and the offering of “suffering with” that happens at Calvary Hospital. He wanted to articulate what sets Calvary Hospital apart from other hospitals. To do this, he spoke about the ways people suffer. Physical suffering is the most evident and most easily treatable type of suffering, according to Dr. Brescia. “If you ask me, ‘can you get rid of pain?’ I will say yes. ‘All pain?’ Yes. With the proper training, I can teach anyone to get rid of physical pain,” said Dr. Brescia. “But alleviating spiritual and emotional pain? That is a gift.” Why me? Why is this happening to me? What is the meaning of all of this pain? These are the questions that arise and form the depths of spiritual suffering according to the doctor. But the deepest suffering, the “final end, the unimaginable pain,” comes from emotional suffering, which is the absence of love, the perception that one is unloved and unlovable. 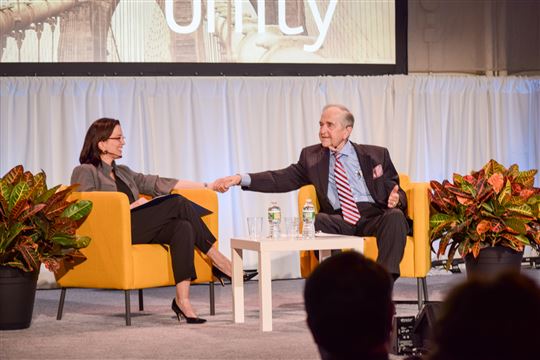 Through the witness of several African American women who began working at Calvary Hospital and through his Christian belief that each patient is God, Dr. Brescia learned how to accompany the dying in their suffering. During his address, he shed light on some fundamental practices at Calvary which generate an environment that is so divinely humane, New York politicians were convinced to drop the proposal for a physician’s assisted suicide bill after visiting the hospital. He told New York Encounter attendees that the only way to treat one who is suffering is through love. How do we love one another? First, one must be present. Those who work at Calvary Hospital must be present to the patients. “If you say you are coming back, you must come back. Never leave a patient and say you are coming back without coming back,” said Dr. Brescia.

Physical touch is another element of care Dr. Brescia chose to highlight. “We are tactile creatures,” he said. “You cannot go into a room and not touch a patient.” He told the story of a man who could not be restrained and would break his harnesses and throw himself on the floor. When Dr. Brescia was called to the patient’s room, the man showed him a tattoo on his arm; he had been tied to razor wire in a World War II concentration camp while soldiers took bets on how long it would take him to split an artery. He told Dr. Brescia to let him die on the floor rather than restrain him, but Dr. Brescia bent down and kissed the tattooed flesh of his arm. The man never had to be restrained again and restraints were no longer used at Calvary Hospital from then on. 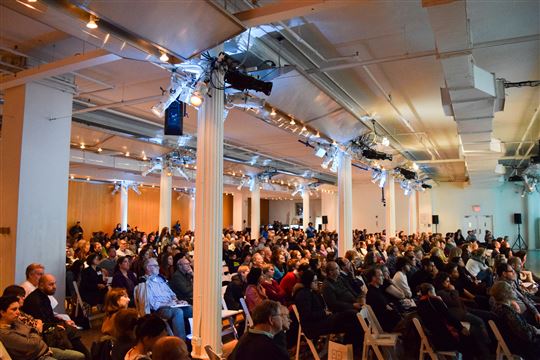 Dr. Brescia also spoke of the need to speak of the love one has. Patients must be told they are loved; they need to hear the words. But finally, and most importantly, Dr. Brescia said, “Every day, when you walk into the patient’s room, you must stop. You must stop and say, ‘My dear Lord, my love for you brings me here. Let me do your will.’”

The witness of Dr. Brescia, his simple, yet profound intelligence, his straightforward and unabashed openness to the will of God, his incredible journey of accompanying persons in their suffering, all radiated an impossible unity between God and the life of a particular man, the “Impossible” unity this year’s New York Encounter referred to.#NewYorkEncounter