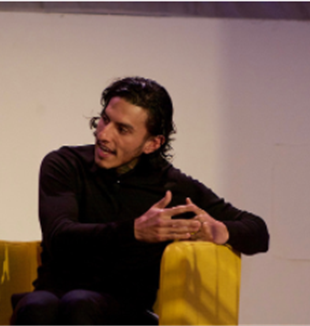 Regular attendees of the New York Encounter come to expect certain things: fascinating exhibits, interesting talks, reuniting with old friends and making new ones, and, of course, an endless flow of espresso. But at 6:42 pm on Friday night two things happened that can be best described as jarring. First, the enormous sound of a single chord struck on an electric guitar filled the main auditorium occupied a moment earlier by the noise of people finding their seats for the opening event titled “Positive Because Appealing”. As the music built and the screens at the back of the room revealed an image of dawn-soaked New York City, a string of text appeared which defined the Encounter’s 2017 theme, “Reality has Never Betrayed Me”, culminating in three questions: What are we missing? Why do we often perceive reality as disappointing? What can help us reconcile with reality and engage life as it is?

The room was silent, and then the second, and most jarring, event: Richard Cabral took the podium. He is dressed in black from shoes to shirt and, winding its way out of his turtleneck, you can see a tapestry of tattoos reaching up to his jawline, evidence of his former life as an Los Angeles gang member. Cabral takes out a piece of paper and begins reading. “I was asked to give a brief history- a story- of who I am and where I am today.” He pauses, looks up, and begins: 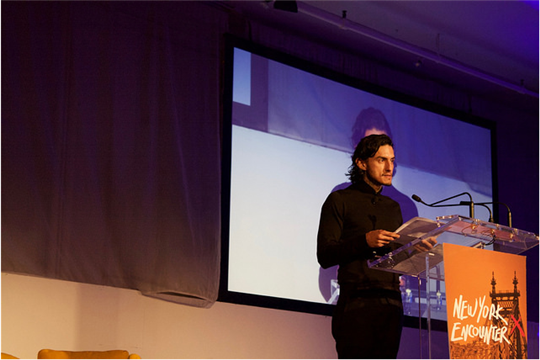 “I came from a world that never planned for me to succeed. Opinions, some might say. Well if they lived a day in my shoes they might have the right to say. If they grew up in a family that cursed you before you were born, they have the right to say. If your mom was an alcoholic and Dad was nowhere to be found, they have the right to say. If you were looking for toys at your grandma’s house and stumbled on your uncle’s heroine syringe, they have the right to say. Violence, gangs, and drugs- my mind, body, and spirit was shattered. It was all ‘meant to be’ if God was there to make everything alright. The truth is my uncle sliced his wrist to commit suicide, my grandfather came home night after night, drunk, and beat my grandmother in front of my mother, aunts, and uncles. My little cousin was walking home at night… [a] homie drove up to his side, asked what gang he was from, and he shot him in the face. No laughs, no whispers, this is reality at its finest.”

As Cabral speaks, it is clear that what is arresting about this man is not his appearance, but the intensity with which he speaks about his life. He has a background in rap and slam poetry and you can hear it. Cabral barely pauses to catch his breath. It is as if he is relentlessly pulled along by each word of his story. He is also a successful actor (recently nominated for a 2015 Emmy for his performance in ABC’s American Crime) and you can see this is not the first time he has commanded a room. But there is no artifice as he looks intently around the packed auditorium, clutching the edge of his podium. Rather, his eyes seem lit with the fire of something he must share.

The litany of a life marked by poverty, cruelty, and neglect continues. Cabral speaks of the kind of education offered in his community growing up: “Schools and housing projects looked like prisons. Disconnection to our [Mexican-American] roots has been death to our people … it is easier to find the dope spot in my community than the museum or wealth of knowledge. Broken society produces a broken home which produces a broken family and ultimately produces a broken child.” The reality Cabral grew up in seemed to always betray. At twenty years old he was facing up to thirty-five years in prison for involvement in a gang shooting. He was given five years, at which point, Cabral says, “I began to question, why had my life turned out like this, who had I become, was death better than this reality?” His question strikes a similar chord to the one posed in Lise Goett’s poem, “Carville Leprosarium,” composed on the New York Encounter’s theme this year, “Can you bear / this ash catechism of burning before you build again?”

Cabral’s question led him to seek the help of Fr. Greg Boyle of Homeboy Industries in downtown L.A., whose motto is “Nothing stops a bullet like a job.” Cabral describes nervously “waiting for my turn to be called, waiting for the world to judge me again. My name was called and I walked into his office. I did not have skills, not much education. See all I had was the truth. I was twenty-five years old, on parole, and I was tired of living a lie.” Later in the event, Fr. Vincent Nagle, a priest of the Priestly Fraternity of Missionaries St. Charles Borromeo, interviewed Richard Cabral onstage and asked him what this lie was. Cabral answered, “the story I was telling myself,” and described the how he had joined a gang “searching for love” but came to discover that though they were willing to take a bullet for each other, the one thing nobody would face was their own profound brokenness and suffering. It was, in Fr. Nagle’s synthesis, “the lie of fear. You are not building anything… fear defends, love builds.”

The only moment in which Cabral’s breathless delivery slowed was when he spoke of Fr. Greg Boyle. “I could not know what this man so possessed for all I was seeking was employment.” Cabral’s grip on the podium tightened and he fought back tears as he tried to explain how Fr. Greg offered something more than a job: 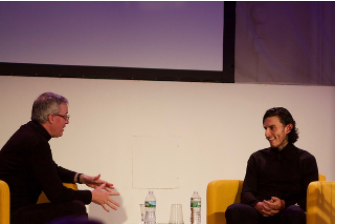 “I was not just an inmate number. I was not just a name for him. I was not just a kid from the barrio that never felt loved. See he took that moment to talk to me. He took that moment to look me in the eyes. From birth to broken homes to the streets to gangs and to prison, subconsciously we are told we are nothing. We believe we are nothing. But [Fr. Greg] that day made that little flame in my soul spark again. You see Fr. Greg helped me to believe in love again, for if someone else believed in me how can I not believe in myself, for if someone else loved me how can I not love myself.”

Later, he described this encounter with Fr. Greg as a moment when “my life became full of truth,” and when he came to “the point of surrendering to ‘what is’.” This ‘what is’ includes his past. Cabral censors nothing and incredibly the same man who described himself as cursed before birth, concluded his impassioned address by declaring, “I am not ashamed that I hold no regrets, for without my suffering I would not be here today.” Fr. Nagle observed, “This love which has entered your life has somehow made beautiful these old parts.”

Richard Cfive-yearved his five year sentence and was released from prison when he was twenty five. “My son didn’t know me,” he recalls. Now, seven years later, Fr. Nagle asks him how he helps his children to “see reality and surrender to it” as he does. Cabral, sitting opposite on-stage, thinks carefully before answering. “My father and mother weren’t there to shape me, so the world shaped me. If I don’t teach them, someone will. I need to tell them the true story.”#NewYorkEncounter