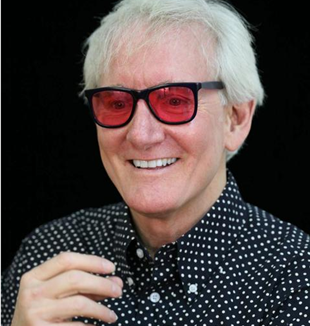 Something happened. Thank God, something really did happen and still does. That could sum up Tom Leopold’s story, but that statement would never do justice to the amazing, humorous, and human path that the Mystery uses to attract us in uniquely personal ways. The theme of the 2017 New York Encounter is “Reality Has Not Betrayed Me.” Tom Leopold gave a funny, personal, and compassionate witness to the truth of that theme through his own experience of conversion to Catholicism after accompanying his daughter through a life-threatening eating disorder.

Tom Leopold, a veteran comedy writer of hit TV shows including Seinfeld, Cheers, and Will and Grace, has been making audiences laugh for over four decades. He was born into a culturally Jewish family that was not particularly religious. As Tom said, “You get your religion from your family, and my family was born into show business.” Hollywood movie stars were his true idols and, as Tom put it, if Hollywood were Mount Olympus, “Zeus” was Frank Sinatra. Tom worshipped him. When his grandfather, a boy his own age, and then eventually his father died, Tom did have questions about life, but there was never a place or a person to help him face those questions.

Eventually he met and married his wife Barbara who had been raised Catholic. Their first daughter was born and then their second. Tom realized they were blessed, although he was never really sure by whom. All that began to change, however, when at age twelve, his youngest daughter began to struggle with a life-threatening eating disorder. He and his wife were lost, trying several treatment centers without success. Then some remarkable things happened.

Every year, they took their girls to the Radio City Musical Hall Christmas performance. While hugging his daughter at the performance, he realized how small she really was. And for the first time he began to identify with Mary in the nativity scene, who was powerless to help her frail son. One night, waiting for their daughter to get out of a four-month treatment program, he uttered a desperate prayer, asking God for a sign that He was real. He and his wife went for a walk on that starry night in the desert, close to the location of their daughter’s treatment center. As Tom describes it, “This ancient guy on a motorcycle” straight out of a Hell’s Angel’s pack who “made Clint Eastwood look like Jim Parsons,” popped a wheelie in front of them, looked Tom in the eye, and said, “God is watching you.” By then the sun was rising directly behind his head like a halo. The guy drove off into the sun like a scene from a movie. He and his wife were “kind of blown away.” A few weeks later they went back to New York and several other “weird” encounters happened, first with a homeless man on the street, and then with priest and author Fr. Johnathan Morris. Talks with Fr. Morris led to a friendship and Tom’s eventual conversion to Catholicism.

Tom continues to make people laugh, but now he does it with Father Leo Patalinghug on the weekly show “Entertaining Truth” on SiriusXM Radio’s Catholic Channel. He finished by asking, “Does my kid still suffer? Yes. She does, but I don’t suffer the same way because I have faith.” He knows he is not alone and he has hope.#NewYorkEncounter