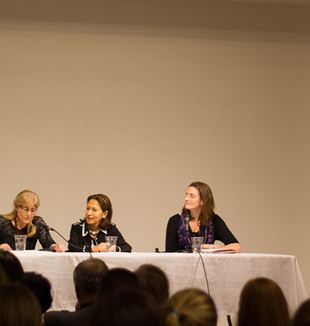 These are the children who can lose even a soccer game “with great dignity.” They live in Oaxaca, Mexico; their valley is known for its great archeological treasures because the outside world sees the past more clearly than the present. In the present, several hundred families live in absolute poverty. At the opening of the video, the camera pans over a valley covered with colorful shacks built of corrugated tin. Within these shacks, families are mostly headed by single mothers who have very few employment opportunities. Their community is riddled with addiction and violence and defined by poverty, but they describe the greatest burden as loneliness.

Into these circumstances enters Crecemos (Spanish for “we grow”). Those who work at Crecemos have heard beforehand of the dramatic circumstances, the violence. One woman’s husband tried to persuade her against going to work there, but she embarked nonetheless. She recounts, with tears in her eyes, how on her first day, the mothers from Crecemos were waiting for her at the bus stop. They said, “Don’t worry teacher. We will walk with you.” Over the course of the video and through the conversation, it became clear that this moment is Crecemos: it is defined by people who go with open hearts, met by those who are waiting for them, thirsty for what they bring. 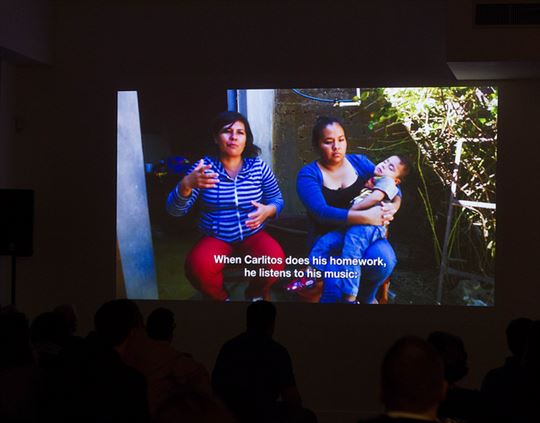 And why do all of these people go? “To grow.” This is true in the physical sense: a great part of the video was spent simply sharing the center’s work on nutrition; when they first arrive, 50% of the children suffer from malnutrition. At the center, the kids receive healthy meals, and their mothers learn how to make healthy but still inexpensive meals.

Despite this very practical work, “food” is not the center’s priority. Instead, the director of Crecemos, Maria del Socorro del Rio, described how they “respond to the need to be educated, loved, accompanied – more than food.” The mothers want to learn how to be ever better mothers. They are seeking to know not just how to feed their children but also how to love them. Maria del Socorro del Rio, with others, teaches them how to hug their children – as incredible as it seems, mothers must first learn how to embrace their children if they themselves have never been embraced before. In turn, the children realize their own dignity as it becomes clearer that they are loved.

The staff also goes with a need and a desire to grow, just as the parents do. Del Rio was asked if her work was gratifying: She said she faced frustrations, and the temptation of a savior complex, but, with the serene smile of one who has vanquished demons, she concluded that it “has changed my life. They give to us.”

The logo of Crecemos is an adult holding a child’s hand, pointing to a star. The center was founded in the eighties to teach elementary reading and writing by university students when the teacher’s union went on strike. In the years since, it has gone far beyond. Asked about their latest challenge, del Rio said that, far from being concerned that the children just learn how to read, they are now learning how to accompany them into high school and college. The founders may have had humble ambitions, but their secret lies in responding to reality and life as it is, not as they had sketched them out on paper. When they went out to find the children who they thought ought to be there, they were not successful. When they offered what they thought the adults needed, they were not successful. Instead, they now take any child who asks to be there with them, any mother who is willing to come help – essentially anybody who would like to see the stars.#NewYorkEncounter