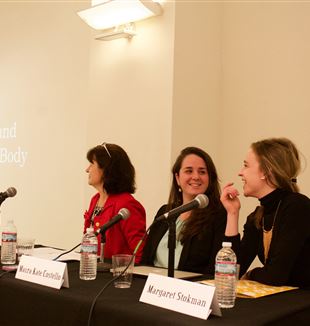 "Frankenstein is framed as a story within a story within a story, in three voices,” explained Maura Kate Costello during the “Fragmented Body” presentation at the New York Encounter’s Well Read Mom annual book presentation. In fact, the three stories centered around “the creature” are within yet another story set in reality — that of author Mary Shelley herself. Costello unpacked her unconventional family history as well as the complex political, social, and philosophical milieu in the early 1800s, all of which shaped her life and her writing. The daughter of a political anarchist and a staunch feminist, Shelley lived in the post French Revolution era of England in which critics of the Revolution faced off against proponents of socialism and anti-establishment thinking such as Rousseau and Milton. Another idea catalyzing daring discussions and experiments was that of “vitalism,” which dealt with exploration of the materiality of the soul (was it made of blood? electricity?). Mary herself was no stranger to seeking “freedom” from old ways of thought, and by the age of 16 had eloped with a married man. Even her story-within-story framework defies control, undermining any attempt to find an authority in this account wherein the narrative voice is shared between three main characters, including the monster himself. 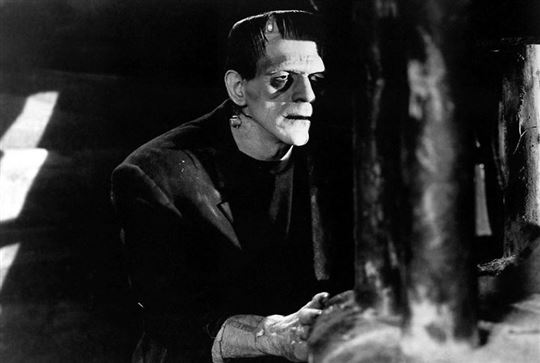 These questions of power, freedom, and the soul animate this tale created during a vacation at Lord Byron’s residence, spurred into motion when Byron invited his guests to a horror story competition to pass the time. Mary Shelley related that the novel was a “warning of the effects of letting oneself be controlled by ambition and losing control over its possibilities.” Her character Victor Frankenstein’s two-year seclusion in trying to realize his project of creating life begins to sap his own life’s energy and goodness, to the point that readers might wonder which character was the true monster. In a surprising turn of this Well Read Mom event, Margaret Stokman, a high school student from Minnesota, shared how this tale elucidated the self-imposed isolationism she was living around the time that she read the book. This period in her life was marked by a sense of stress and a desire that she be efficient — in her three jobs — at the expense of the most important things in life. One day, in her usual “after-work haze,” she stopped herself from going to her room and shutting the door; she decided instead to sit and listen to music with her father. “I missed it. Listening to music brought me back. I needed to experience something beautiful to get re-engaged with faces.” Music with her father, cooking with her mother, playing with her little sister all broke her obsession with being efficient. “Like Victor Frankenstein, when I lost the relationship with ‘the other,’ I became a slave to my schedule and ideas of success, with myself as the measure. There is a connection between beauty and being free. Frankenstein woke me up to my own loss of freedom.”

Maura Kate pointed to the fact that, as Margaret underlined, the horror described in this book is the loss of freedom more than the creation of the monster. It is an expression of the modern handicap that purports that “individualism is the way to go.” The central desire of the creature as well as that of the other main character who welcomes Victor Frankenstein (Walton) is companionship — “They long for it!” We too share this desire and, as the presenters insisted, we are fortunate to have an experience of freedom that such a companionship can bring. As Margaret reminded us, Fr. Giussani said that being fully alive is “always a matter of a relationship with something living, not an ideology or discourse.”#NewYorkEncounter