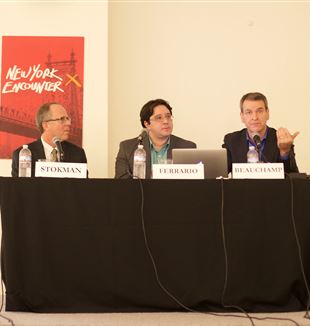 Americans rate the ethics and honesty of medical doctors just below pharmacists and third behind nurses, according to Gallup (lobbyists, Members of Congress, telemarketers, and car salespeople are at the bottom). Yet no matter how ethical or honest, doctors, like everyone else, experience extraordinary pressure to see others as machines to be fixed, instead of as persons to be loved. Inhuman experiences with doctors are especially painful. Perhaps that is why, as two doctors who travelled from Canada to speak of their friendships with patients, empty chairs soon disappeared as attendees filled the auditorium.

“Personalized medicine is a big word, a big buzz [word],” began Dr. Marc Beauchamp, an orthopedic surgeon from Montreal who moved from a public hospital to a private practice so that he could spend more time with his patients. “Personalized medicine […] raises the questions ‘what is a person?’ and ‘what does it mean to treat a person?’ But very few people, unfortunately, are asking these questions.” Addressing an audience in the land of the classic John Cougar Mellencamp song, “Jack & Diane,” Dr. Beauchamp answered the moderator’s questions with anecdotes concerning two of his patients, Guy and Diane, whom he described as “two very special people, in my life, in my career, to the point that I became friends with them.”

Although they did not know each other, Guy and Diane shared the experience of having had serious shoulder injuries, and their respective health situations disqualified them from surgery within the public healthcare system. Diane was about 67 years old and her long-time chain-smoking had damaged her lungs. She lived alone, was depressed, lonely, and revealed that “the only pleasure she had in her life, except for smoking, was playing the violin as an amateur.” If “the music [had] died” for Don McLean when Buddy Holly, Ritchie Valens, and JP Richardson perished in a plane crash, it was likewise for Diane when she skewered her shoulder by slipping on ice, which silenced her violin.

Several doctors told Diane they were unable to operate on her and that the solution was to quit the violin. Believing her violin playing could be resurrected, she consulted with Dr. Beauchamp, after a friend had recommended him. Such a surgery requires anesthesia and Diane’s lungs rendered general anesthesia impossible. “People are tough but not so tough to have such an invasive surgery [with] no anesthesia at all,” stressed Dr. Beauchamp. “She insisted on looking for something. I was moved, because I understood it was not a shoulder issue, it was a life issue.”

The only option was local anesthesia, “which is more or less what happens when you go to the dentist.” Dr. Beauchamp scraped medical literature and shook colleagues in Canada and the US for precedent. No one had repaired a rotator cuff this way before. Diane desired the ability to dance her violin bow across the strings again and said, “If it is a possibility, would you try it for me?” “My first answer was, ‘of course not, I love you too much to put you into this trouble.’ Then I realized it was not dangerous and the worst-case scenario is that it wouldn’t work. Looking into her eyes I knew I had to try it.” 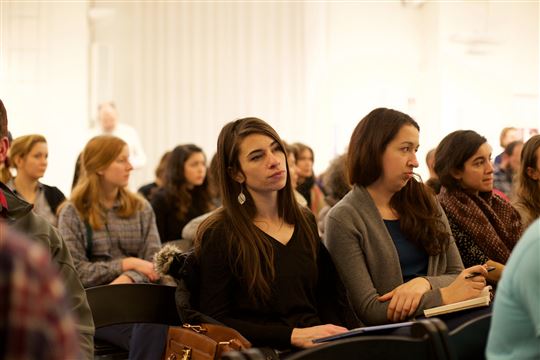 The surgery worked so well that Diane returned to the violin, and Dr. Beauchamp was emboldened to say “yes” when Guy asked him to perform a similar surgery. “Guy was one of the most courageous men I had ever met,” a married farmer in his 40s, who for years had been paralyzed from his chest down and had used a wheel-chair to get around the farm; he would use his arms to maneuver in and out of his tractor. When Guy tore his rotator cuff, three hospitals refused to perform surgery on him because he was chronic smoker. He found Dr. Beauchamp through online searches. Within six months of his surgery, Guy was back in his tractor, tending his field; and at his invitation, Dr. Beauchamp went to the farm to see it.

“I have been in the Movement [of Communion and Liberation] for more than 25 years and these encounters generated real knowledge. Being moved makes you aware of reality the way it is. The relationship between myself and those patients led to fuller knowledge of all the factors [of] creative medicine. The person is a mystery and my […] task is to remain open.”

Initially, Beauchamp kept in touch with Guy, but then, after several years of silence, Guy’s wife called Dr. Beauchamp, crying. She explained that Guy had died in a tragic way. When Dr. Beauchamp asked, “Why did you remember me? Why did you call me after three years?” Guy’s wife replied, “Because Guy loved you and I know that you loved him.” “It was true,” Dr. Beauchamp told the Encounter audience. “After the painful event that happened in her life, that she should recall the intensity and truth of this relationship between Guy and myself, that I would have not been the same without it, I understood that something was happening in my practice, in my life, that I was given this opportunity to live a true relationship with a patient.”#NewYorkEncounter