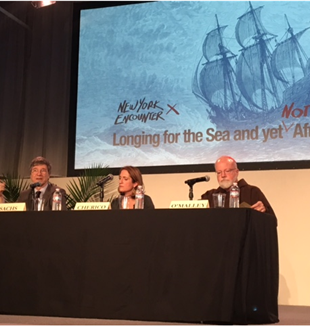 It comes as no surprise that Pope Francis’ encyclical Laudato si, has found a welcome in secular circles as well as in Catholic ones. Published on May 24 of last year, this encyclical has been the subject of misinterpretation within Catholic and non-Catholic circles, where many have reduced Francis’ words to mere exhortation regarding the environment, as opposed to a reminder of the fact that the lack of awareness of our supernatural vocation is probably the greatest factor in our neglect of the environment.

His Eminence Sean Cardinal O’Malley, of Boston, who is one of eight cardinals hand-picked by the Holy Father to reform the bureaucracy of the Church, along with Jeffrey Sachs, Director of the Earth Institute and Professor of Health Policy and Management at Columbia University, shared the stage at the Encounter this year to discuss the significance of the Holy Father’s encyclical. Sachs is Director of the United Nations Sustainable Development Solutions Network under the auspices of UN Secretary-General Ban Ki-moon, and he was one of the experts invited to the Vatican by the Holy Father to discuss issues the encyclical addresses.

Praising the encyclical for its new approach, despite how O’Malley characterized it as one in series that spans a 125-year history of the Church’s social encyclicals, Sachs mentioned how he was taken by the fact that the Church has opened its doors to scientists from all over the world and spoke of the thrill these people experienced having been called to the Vatican for such a task, despite how this is not the first time a pontiff did so. He reiterated how the Pope’s effort was a major factor in the unanimous vote on December 12 of last year to pass the resolution on climate change, and he alluded with curiosity to the fact that The Pontifical Council for Justice and Peace had “linked the issue of human trafficking with issues of the environment, and the scientists assembled were unsure of why these two went together.” O’Malley clarified the above point when he explained that in the Pope’s view, the relationship between humanity, God, and nature forms one unitary whole. 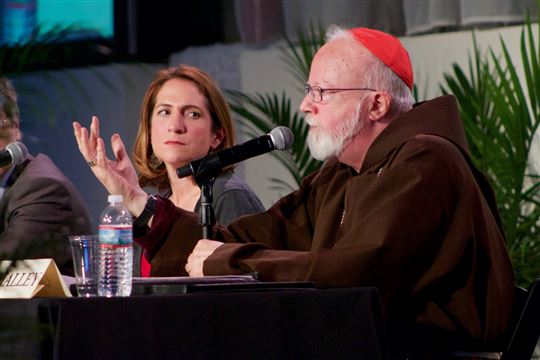 After alluding to the Church’s history of social teaching beginning with Rerum Novarum, O’Malley offered the audience a breakdown of the encyclical’s significant points before going on to reiterate the moral implications of these points. At the end of the presentation, he responded to moderator Rebecca Cherico’s question about whether the way we humans treat our environment was related to Pope Benedict XVI’s allusion to the “interior desert,” which comes from the lack of relationship with the transcendent. “We cannot look at creation as something disconnected from God and from us,” he went on to state. “St. Francis saw everything as brother, and even went as far as calling death his sister because of that.”

I spoke to Sachs afterward and asked him how he felt a consensus was possible for these scientists in light of possibly disparate world views among them. Sachs responded by citing the “common ethos” evident among those who participated. While Sachs remained optimistic about this common ground between the Vatican and the world of science, much could be clarified, perhaps in further dialogue, regarding what the encyclical intends with regard to the relationship between the person, God, and nature as the starting point for remedying the current ecological crisis, and how the scientific community obtains its sense of morality and ethos, especially in those sectors of it that deny any transcendence a priori as irrelevant and unscientific.#NewYorkEncounter