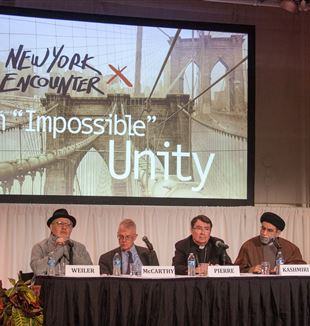 In a study released last month surveying young people who have left the church, its authors posed two important questions about the individuals behind the data: “Do we know who they are — the depth of their life stories — do we know them by name?” and “Do we miss these individuals now that they are gone?”

The study, “Going, Going, Gone: The Dynamics of Disaffiliation in Young Catholics,” released by St. Mary’s Press of Minnesota, in collaboration with the Center for Applied Research in the Apostolate at Georgetown University, categorizes its respondents into three major groups: the injured, the drifters and the dissenters.

There’s much to be mined from the study, but one of the major takeaways is that the decision to leave the church is, almost always, a conscientious one, made over time, rather than an abrupt one, and that’s true in all three categorizes of those who have left.

In the lead-up to October’s synod on “Young people, faith and vocational discernment,” much of the discussion has been on the needs of young people within the church. That’s a very good and necessary conversation, but it should also be had alongside a discussion of what can be done to reach the young people who have already left the church — the ones whom we won’t find at Sunday Mass or at youth ministry programs.

One of the beautiful portions of the synod’s preparatory document is the section that discusses the need for “getting out” and finding areas outside of the confines of the church where the Gospel witness is made credible.

I recently had the experience of covering the New York Encounter, an annual three-day cultural festival organized by the lay movement Communion and Liberation. While the program is chock full of cardinals, bishops, priests and other members of religious life, one of the many remarkable things about this event is just how normal it all is.

While the event — which pulls in over 10,000 people — is explicitly religious, there’s just as much emphasis on service — as represented this year by special exhibits on Martin Luther King Jr. and Dorothy Day — as there is on theology. The two, of course, are inextricably linked, but events like the New York Encounter present a different public image of the church.

Also on the official program were interreligious panel discussions; meditations on art, cinema and literature; and a lot of time for pure fellowship. In other words, it was a faith being lived out in the world — embracing it — rather than one distancing itself from the world.

As a journalist, I interviewed a number of folks from various theological and political persuasions, and in a time of deep tribalism in our country, this event managed to offer a rare glimpse of unity and an attractive alternative to the fragmentation that defines our present age.

In thinking about disaffiliation and the global conversation Pope Francis has invited the church to have on the future of young people in the church, I couldn’t help but thinking this was the type of public witness that should be offered more often.

It’s one that is invitational and intriguing — and one that is open to newcomers, as well as those who have drifted away and may find cause for reconsideration.#NewYorkEncounter