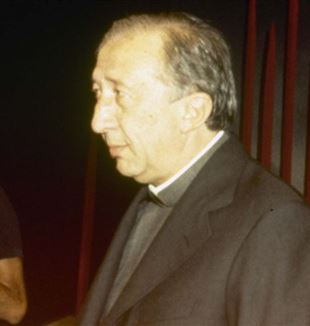 “The greatest danger which today’s humanity need fear,” says Teilhard de Chardin, “is not a catastrophe which comes from out there somewhere, neither is it famine, or even disease; rather it is spiritual malady, which is the most terrible malady because the most directly human among the scourges is to remain without the taste for life.” When I read this sentence by Teilhard de Chardin, what immediately came into my heart and memory was how interest in Christ must have come about, how it must have come about historically. Because, as sometimes reflected upon, meditated upon with some of you, people could have gone to hear Him saying to each other, “What is this man saying? He talks about the Trinity, God the Father, He talks about hell, He talks about the soul, the responsibility of man….” However, they could also ask another question, “Why is this man saying these things?” This question was answered within people’s hearts without them, the people, being aware of it. If one had formulated this question, they would have immediately heard the answer: “Because He loves man, because He has passion for man!" [...]