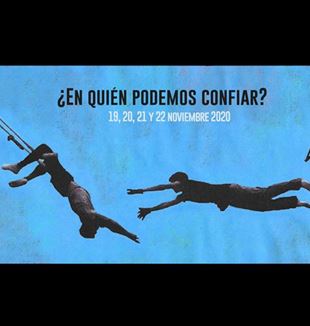 "We needed to experience that trust is necessary to love, to work, to build the common city," reads the final statement of EncuentroMadrid 2020, a special edition that this year was held entirely online. "Getting together" to help us look at what is happening was born once again out of a need, the decision was not taken out of inertia or to respond to an agenda. It is something vital for us, as it has been for the last 17 years.

Although encounter is at the heart of this event, born from the experience of Communion and Liberation, the current situation due to the pandemic forced us to rethink the format, but not the objective: to create spaces for dialogue to understand, in this case, what generates trust, or, more concretely, who generates it. A trust that is the basis of freedom in a civil society, as explained by the Canadian writer and former politician Michael Ignatieff, or that should be at the center of political life, as emphasized by José Luis Martínez Almeida, the mayor of Madrid, in a debate that compared the proposals of public initiative, the private sector and non-profit organizations, represented by the NGO Cesal.

But politics has not been the center of reflection of this edition of EncuentroMadrid, even if the crisis of confidence is particularly prevalent in the relationship between citizens and their institutions. Space was left for a broader reflection; to think about the economy, education and coexistence. In the dialogue with people from different cultural backgrounds, we have better understood the dynamics of trust, which brings into play the reason and freedom of each of us, and which arises from the relationship of dependence that constitutes us. It has also been a dialogue between our Christian experience, Enlightenment thinking and the questions of our contemporaries.

The pandemic – they way we have lived it and the consequences it has had - reminded us that we are not eternal, that limits exist, that man does not overcome any challenge. And that is why it has been the "protagonist" of this edition, but widening the horizon with which we look at it. Writer and poet Daniele Mencarelli began from his biographical introspection, now embodied in the book La casa degli sguardi [The house of gazes], in order to underline, during the meeting entitled "Dreaming continuously the impossible", that the challenge that awaits us is to "welcome our wound, because that is when we are truly human." Along this same line of self-knowledge, philosopher Carmine de Martino explained the importance of trust, "a form of knowledge intrinsic to man and which transcends the evidence obtained through science."

In his in-depth reflection on this year's theme, the professor of the University of Milan explained that trust "requires faith in a ‘reliable’ witness who acts as a mediator to access knowledge of which we have no proof. The verbs with which we are challenged to train ourselves to trust are ‘share’ and ‘coexist’ with these witnesses." These ‘reliable’ witnesses, he continues, embody for us a hypothesis of meaning that regenerates us and allows us to be reliable witnesses for others. This is what we look for in EncuentroMadrid: reliable witnesses.

The role of the witness is the same as role of the father, and the role of the guardian. During the round table discussion that addressed the theme of trust in education we were able to see and experience it in the flesh, with an old student, Enrique Arroyo, who became the ‘tutor’ of his teacher, Jesús Carrascosa. The professor and the student explained their life paths and Carras gave a testimony of his life teacher, Fr. Luigi Giussani, a teacher who impressed him by the way he looked at him and how he related with others: with absolute freedom. The value of this noun has always accompanied him in his relationships with his students, whom he has loved and provoked with his truth of life. "He who embraces the strongest wins.” This is his reason, along with the firm conviction that "to educate is to teach to love the real being that you are," with your virtues and defects. Mercy leaves no room for evil. 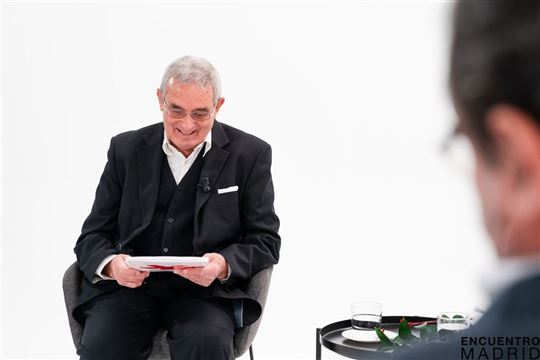 The importance of humanizing the economy and the business world; dialogue between social actors; the importance of young people; hope and communal responsibility, these were the key the points in the conversation about the economy. The dialogue gave way to first-hand testimonies on the key role of trust in the experience of welcoming, which we listened to thanks to the documentary film This is your home and the exhibition "Welcoming is a good for all", organized by the association Famiglie per l'Accoglienza on the occasion of its 20th anniversary. These experiences of welcoming were also lived, at another level, in each person’s different sphere of action: the health professionals who collaborated on the documentary No queremos olvidar. Diario de batalla contra el Covid [We do not want to forget. Diary of the battle against Covid], and the three witnesses of Jean Koulio, Oliverio González and Ignacio Carbajosa, who revealed, through their experience, what trust sustains their lives. Koulio arrived in Madrid after a painful journey from Guinea and thanks to the NGO that welcomed him as a family, he has found stability. González made a journey of faith after the violent death of his father in Mexico and found some friends who are now like parents to him. Carbajosa, after recounting his experience as hospital chaplain during the first Covid wave, posed the question: Who can we trust in the midst of pain? All three gave an answer that we can share: in God, who is Father.

EncuentroMadrid would not have been the same without its exhibitions and shows. In addition to the exhibition that addresses the theme of welcoming through paintings in the Prado Museum, photographer Lupe de la Vallina wished to celebrate those essential workers who took a step forward during the worst moments of the Covid crisis in a photographic exhibition entitled, "We will build with new bricks in abandoned places." "The abandoned places are the streets without a soul in those months from March to May; building with new bricks is a reflection of how to rebuild society, and how to do it in the most dignified way", explained its curator and author. 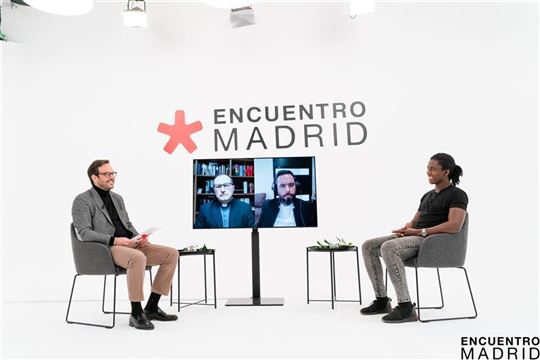 A play that reflected upon the experience and journey of faith of Etty Hillesum, a Jewish woman who died in an extermination camp in Nazi Germany, and a concert that broke down borders and languages, bringing together singers and musicians from thirteen countries around the world, put the cultural seal on a weekend that allowed for a true encounter, despite the distance.

We have been able to verify that trust is possible and reasonable because reality is not absurd, but reveals a meaning and a good design for everyone and for the world, which reached beyond all the historical uncertainties we are immersed in. This dynamic of trust requires people capable of bearing witness to the meaning of life and of giving life to an authentic education, which cannot be reduced to ideology or monopolized by the State. Trust generates this friendship, the people that have been given to us and with whom we live, and which every year make EncuentroMadrid possible. This friendship is the fruit of that trust that we wish to put into play in our history today, to contribute to a true civil coexistence.#OtherMeetings