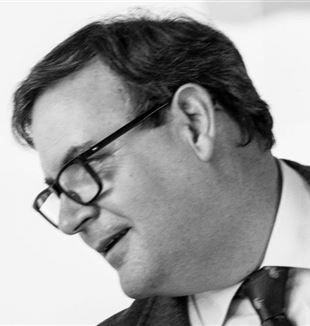 Why have you decided to go ahead with EncuentroMadrid in a year like this?
We had already taken the decision, as we do every year, to organize EncuentroMadrid before the state of emergency was declared and the lockdown began. After initial weeks of hesitation, we thought that holding EM again this year offered the possibility of opening a small window of hope in the dramatic times we are living. The fact that it will take place online certainly means that many aspects of EM might be lost (the proximity; its popular character; the conception of EM as an encounter "in the flesh"; the congeniality that arises from the work of volunteers...), but it is also an opportunity to reach many more people. 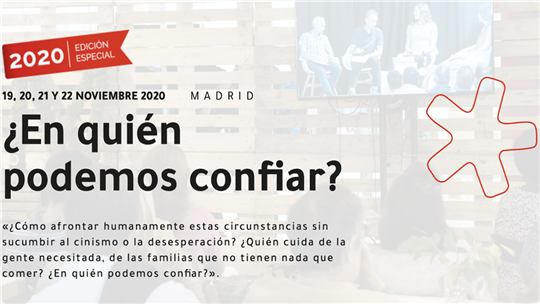 Why have you chosen the question "In whom can we trust?" as your theme?
The theme had already been chosen at the end of 2019. But when we decided to organize EM again, we thought that this question was very relevant to the circumstances we are living. Trust is a fundamental experience in our daily existence: we cannot live without trusting others, starting from basic and trivial activities such as driving (I drive because I trust everyone to drive properly) or buying bread (I am completely sure that the baker has used flour and not cyanide to make it). Despite this, our culture has generated suspicion about trust in the name of autonomy and freedom. The current socio-political climate has only deepened this crisis of trust, because the rift between society and the political class, or the impression that it is not possible to build together with others, has led to a climate of generalized distrust. Yet we still need others to live. It is precisely from this point, which no one can deny, that we want to begin to explore some questions: Why is it reasonable to trust? What allows you to regain trust? What does it mean to have trust in others? What does trust open up for us?

What will we find in this year's program?
This year, in which we have had to simplify the program a lot, we wanted, on the one hand, to address what trust is. To do so, there will be events such as the presentation of the title and testimonies which will close this 2020 edition of EM. On the other hand, we will approach the notion of trust from different perspectives. For example, trust in politics and works will be addressed in a meeting with the Mayor of Madrid, the Minister of Economy of the Community of Madrid, the Director of Human Resources of Vodafone, and the Director General of Cesal. Education and culture will also be discussed, for example in a dialogue with the writer Irene Vallejo. We will also address the topic of health care, starting with the testimonies of people who have had to face the pandemic personally. Then the economy, the sciences... And not to forget the exhibitions, including one about foster families, and the two performances, an international concert on Saturday night presented by Javi Nieves and a play based on texts by Etty Hillesum.

You have always said that volunteers are the heart of EncuentroMadrid, but this year there will not be any volunteers...
Volunteers never cease to exist, because everything in EM, whether large or small, arises from the gratuitousness and gratitude of the group of people who prepare it throughout the year. It is true, this year many people will not have the same tasks as they would during a normal EM edition, such as editing or catering. But all the work that has gone into this edition is fruit of a considerable group of volunteers. Furthermore, all the other volunteers, of which we had 600 in 2019, have been invited to continue to collaborate in this special edition of EM by promoting it and supporting it financially.#OtherMeetings