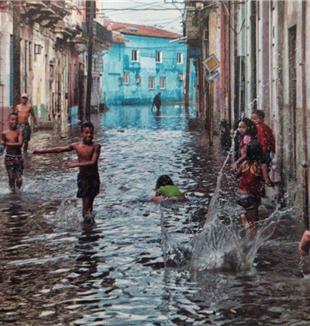 In Chile, in recent months, problems have seemed endless. From the explosion of the social situation, to Coronavirus with its human and economic consequences, normality seems to have stopped, making way for questions and fears.

Initially, it is easy to remain speechless while trying to find meaning to all this, but what often happens is that that perplexity quickly turns into a search for those responsible and guilty, in an attempt to find the most effective way for everything to return to normal. Among the press and a plethora of "experts", the initial shock that for a moment seemed able to awaken the depth of our human search for meaning has slipped away.

When we asked ourselves whether or not to organize Encuentro Santiago (October 15-17), we answered with a firm “yes". "Because we have something to say.” Beginning with this year's theme: ‘Living hope in the present’. Hope is often understood as a last, vague possibility that something will change in the future. This conception inevitably separates us from the present, from the circumstances we are going through, and pushes us as if we were living in an uncertain future... But this, at most, allows us to survive within a present that appears constantly threatening, but not to truly live. 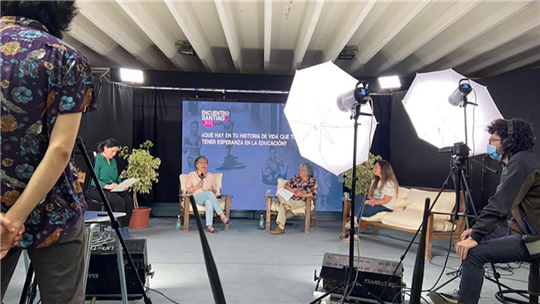 The first challenge, therefore, was that of not being able to meet in a physical space – which in itself was a good reason to cancel everything. But the desire to communicate something, to see each other, to propose and dialogue was greater, and we made use of the way of relating to each other that has been offered to us in recent times – the virtual. We knew that people often become tired of daily contact via a computer screen. For this reason, the event had to be dynamic, interesting, rich in content and quality. And when a few months ago we met each other for the first time, the proposals came out immediately. Everyone suggested a topic and working groups were created and the preparation began, which was already an encuentro in itself.

Gerardo, who participated in development of the theme and its manifesto, described his experience as follows: "When the idea arose, I was full of enthusiasm, not only for being able to say something to others, but because I myself needed a place from which to look more clearly at the problems and difficulties. The work on the theme was a first opportunity to begin to perceive a hypothesis from which to start. But, above all, it was a moment of encounter, an opportunity to dialogue with old and new friends." A dialogue with people touched, taken and moved by the same experience that fascinated him, he says: "We were looking for something bigger together, although in some cases starting from very different perspectives. In this experience of companionship, I again felt the embrace of the Mystery: ‘I loved you with an eternal love.’ And for this I feel a great gratitude."

On Thursday, October 15, Encuentro opened a dialogue with Francisco de Lara, leader of the PhD program in Philosophy at the Pontifical Catholic University of Chile. This first meeting was a cue to begin to enter into the merits of this year's program, with the premise of a positivity, and the culture of dialogue and critical reflection in the midst of the crisis to help rethink and live the present.

A group of friends organized a concert of songs which attempt to perceive hope in the different dimensions of life starting from a question: "What can unite us?". Broadcast live, with over 3 thousand views, it was, as the title says, an opportunity to "live and not be ashamed to be happy".

On Friday 16, the day began with a meeting about Covid19 in which Fr. Pietro Magliozzi, doctor and chaplain of the parish hospital of San Bernardo, described the consequences of this disease in its most serious state, for example when a patient tries to breathe and does not feel enough oxygen in their lungs - a dramatic sensation, but one that also afflicts life when, without hope that is certain, we often feel suffocated. 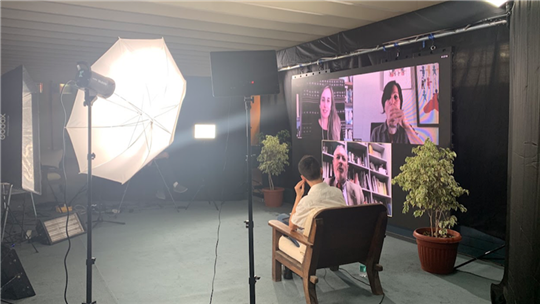 Yet, in precisely these days we have seen what is able to bring fresh air into life. It is not projects, nor ideologies, nor our best intentions, which sooner or later clash with our limits. What allows us to breathe today is to see people with a ‘more human’ humanity, people who, faced with the circumstances we are going through, bring into play what they are, opening real spaces for dialogue. This came out very well on Friday afternoon, with the proposal of the meeting about the Plebiscite and the Reform of the Constitution that will take place in Chile on October 25. José, one of the members of the group that organised it, described it thus: "Everything was born from an invitation during School of Community to look at the situation in the country. ‘What Chile do we want to build? What do the street demonstrations express? What responds to the desire for a more just and humane society? Is the Constitution the hope that responds to this protest?’ For me, organizing this meeting has meant to broaden the horizon, to connect with others who can contribute positively to answer, to discover that the people in the movement share the same questions as everyone else.”

Another of the themes proposed on Friday was ‘A new world of work, where do we start again?’ The speakers were two entrepreneurs, César Norton from Chile and Alejandro Marius from Venezuela, who spoke about the current context, the pandemic and the social crisis, their challenges but also the opportunities they represent. The day ended with a meeting dedicated to Pope Francis’ 2015 encyclical Laudato si’. It began with a reading of the text: "The most extraordinary scientific advances, the most amazing technical abilities, the most astonishing economic growth, unless they are accompanied by authentic social and moral progress, will definitely turn against man.” What does this conversion consist of? During the meeting, a dialogue was born with four women who work in the care of the "common home", of creation; Mahani Teave, from the Toki Foundation in Rapanui; Gladys Jimenez, member of the Observatory on Territorial Social Responsibility of the Pontifical Catholic University of Valparaíso; Paula Castillo, president of Fundan and vice-president of the Mapuche Economic Confederation; and from Spain, María Laín, founder of the "Christian Youth Climate" movement. In their stories, it has become evident how the discovery of the gift of creation can lead to a tenderness towards the human. This tenderness can only give rise to a new "culture of care" and a new paradigm in approaching certain themes, even in our small environment and the way we relate to it.

Saturday morning was opened by a workshop of ‘inclusive gardening’. Young people with Down’s syndrome from Edudown showed us how to grow food at home. This is an activity that they learned in turn, connected via the web from their homes during lockdown. And to follow, again via zoom, were the Vigías de belleza (sentinels of beauty), a moment of games, songs and dances dedicated for young children and their families, who since April have been livening up Saturdays in the parish of Blessed Pedro Bonilli.

In the afternoon, a radio play entitled ‘North, land of wandering souls’ by the theater collective La Maestra was broadcast on the Encuentro’s YouTube channel. And there was no lack of music on Saturday either, thanks to Coqui Sosa, Argentinean songwriter, and Nicolas Rauss, conductor of the University of Santiago de Chile.

Read also - Avsi Tents: Proximity is not measured with a ruler

The closure of Encuentro was dedicated to education. With the theme, ‘Educating with what we are: a path of hope’, a series of testimonies that highlighted how nothing that happens can stop the desire to meet the other and that there in a relationship there is always the possibility for good.

To summarise, three full days where we were able to meet people with such a humanity who gave back to many that feeling of breathing amid the difficulties we are experiencing, of ‘living hope in the present’. It is an encounter that "becomes culture", as Pope Francis says in the new encyclical Fratelli tutti. We wait for next year with a new theme: ‘Discovering the other: from tolerance to esteem’.