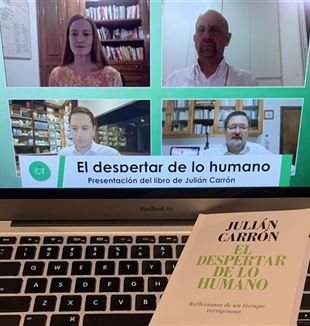 For weeks now, reactions to this provocative book, Reawakening Our Humanity, have been circulating in Paraguay. The text has reached hands of journalists, politicians, bishops, teachers, students, businessmen, parents and many ordinary people. Everyone has been surprised by such a different attitude towards the moment we are living.

The phenomenon of the pandemic is affecting the entire human experience everywhere, and we are often offered to deal with it on a daily basis from a political, scientific or economic point of view. Julián Carrón, on the other hand, does not avail of "experts", but questions everyone's experience.

In this context, friends of the "Encuentro Asunción" association proposed to organize an online presentation of the book last Friday. 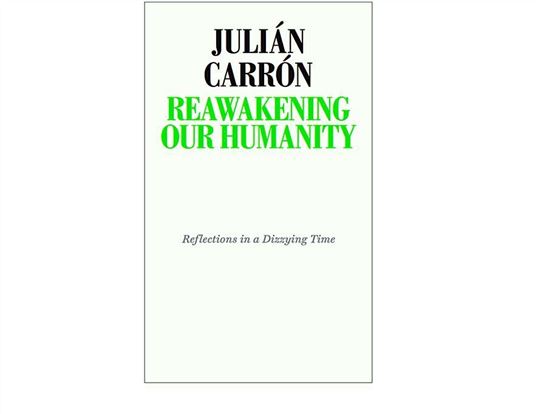 More than 400 people connected from Paraguay and other Latin American countries to the live stream, to listen to the contributions and reflections on Carrón’s text by Soledad Núñez, civil engineer and former Minister of Housing and Habitat; Roberto Moreno, lawyer and university lecturer; Julián de la Morena, leader of Communion and Liberation in Latin America; the dialogue was moderated by Luis Ayala, professor of Economics at the Catholic University of Asunción. An hour and a quarter of dialogue and great human warmth, in which the speakers expressed remarkable simplicity and human depth.

Núñez, who a few years ago, at the age of 31, was the youngest minister in the country, continues to undertake intense social activity, and is very much involved in a national context (similar to that of other countries on the South American continent) in which Covid-19 has important consequences for the most vulnerable part of the population, which will probably see the gap widen between those who are better off or worse off, not only in social and economic terms, but also in educational terms. Many questions, she said, animated her to read the book, and she began her intervention by posing one of these questions to everyone: "What "elasticity" can this generation have, to which Carrón poses an unprecedented challenge at the beginning of the book?" This question helped identify the possibility of "helping the development of a better world", because this task, shared by several people in the current crisis, can be an opportunity "for change on a personal level and also for a more useful role of the State." She summed up her experience in the face of the questions she has faced during this period of isolation, enlightened by Carrón’s reading, by saying that "reason, stimulated by reality, takes possession of our most intimate structure."

Continuing the dialogue, Roberto Moreno - who also boasts an established career in teaching and who for several years was also Attorney General of the Republic - intervened by giving an in-depth reading of the book. Two central aspects emerged from his reflections: the positivity of reality "on condition that we accept the challenge of living it, and not simply interpreting it"; and "the richness of our fragility", which allows us to reach the point of dependence as the truth of ourselves. "We are not Prometheus," he said several times, stressing the need for a "personal process of reflection and purification also in regards to faith", which he himself shares and for which he is thankful.

To close, Julián de la Morena recalled the fact that the reawakening of our humanity is not "something automatic or magical, but implies not remaining deaf to circumstances": we must not miss the opportunity to be ourselves and to be ready to respond to the needs of others by "regaining spaces of cordiality and service."

Read also - Where are we now?

A meeting, which lasted just over an hour, in which it became evident that the human being is reawakened by being together with people who communicate a certainty and who walk beside us. Moreno said it clearly: "Faced with the many questions that arise during this period, the only answer is a Person who loves me and accompanies me. This is how hope is generated."#ReawakeningOurHumanity