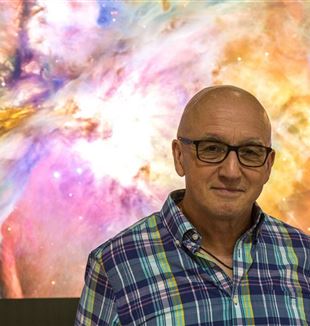 On July 12, those five images flashed around the world in a matter of minutes. Shocking beauty. If the Hubble Telescope has been showing us outer space for 30 years, the James Webb Space Telescope (JWST), in orbit since Christmas 2021 one and a half million kilometers from Earth, photographs galaxies as they are born with a sharpness, image resolution and sensitivity that even scientists have been amazed by.
Massimo Robberto is an astrophysicist, originally from Asti in Italy. He received a doctorate in Astrophysics from the Faculty of Physics of the University of Turin in the 1980s. He then went to work first at the Max Planck Institute in Germany, then at the European Space Agency in Baltimore, to help build the most advanced instrument of the Hubble Space Telescope. From there, he moved to NASA, where he was responsible for the NIRCam instrument, the camera placed on the new telescope: eighteen hexagonal beryllium mirrors with a total diameter of six and a half meters.
He spoke at the Meeting alongside John Mather, Nobel Laureate in Physics in 2006, and Elena Sabbi, responsible for the NIRSpec instrument on the James Webb Telescope. As soon as the JWST photos were released, he wrote a reflection describing the impression they had made on him. Amid the adrenaline and excitement of those days, he said he needed to take a "step back," to detach himself from years of work and that amazing achievement to understand its deeper meaning.

What did you mean by taking a "step back"?
What we did was picked up by more than 25,000 media outlets. I felt a bit like Paolo Rossi when he won the World Cup, like Cesare Pavese when he won the Strega Prize: "In Rome, apotheosis." I could not ask for more. You are overwhelmed by that success, but on the other hand you find yourself saying, like Pavese, "So what?" Does it change my life?” In reality, you are still the same person. Maybe the step back consists in the fact that things grow, they leave, they have a life of their own, and you are a spectator. During the last few days a comparable image came to mind: it is like watching a daughter get married. You take the step back because she is the one leaving. My daughter is 20 years old but I imagine sitting on the back pew watching her go. Things grow and you cannot hold on to them and say: “They are mine, they are mine!” In this case, seeing the whole world talking about it, it forces you to say: “I give it to you, all of this is yours.” "Stepping back" is not so much an activity you do, but it is letting things grow, letting them go. You just have to obey this process. You can admire them, you respect them, but you do not hold on to them. In my life I have left, I have moved away, and I have grown. 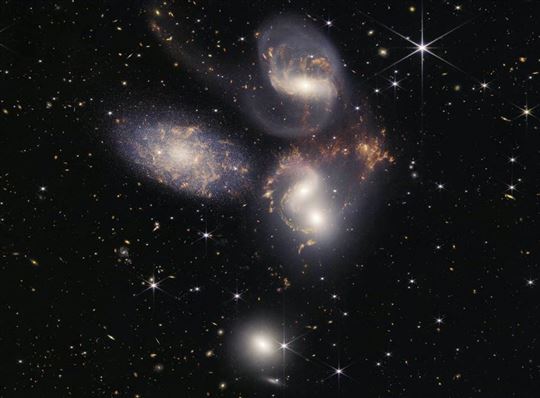 You have achieved something incredible: watching the birth of galaxies, "only" 100-200 million years after the Big Bang. But I think that every step in a scientific discovery opens wide a thousand questions. Has this been the case?
Definitely! It was evident in those excited days. What we were seeing left us speechless. World famous astronomers were there. Analyzing the images, before we made them public, we looked and wondered: what the hell is that? What about that? Is it really possible that we can see all this? Do you also see what I see? It was mind-blowing. We had turned on a machine and the universe was beginning to unravel. You realize that you are the first to see things that no one has ever seen before. Some of them were a bit expected, but in front of these images everything changes. And you cannot stand still.

But I suppose that there is a level of questions that go beyond science: the more man discovers, the more there is a kind of giddiness....
For someone like me, raised and educated in the faith, when reality opens wide, when you widen the horizon and discover that the universe is really extravagant, the admiration, the awe, the gratitude, the sense of mystery increases. You realize that mystery is never the stand-in to our knowledge ("since we do not know something, then there is mystery"). The more you realize how great reality is, the more the question grows about who (or the One) says "look at me" through what is in front of you. So with colleagues, while you wonder whether that is a globular cluster or not, in the ultimate depths of the heart there is a powerful question that resonates, asking what is "behind" it. I sometimes have the privilege of having "bombs" in front of me, pieces of knowledge that are so exceptional that anyone is awakened by them. 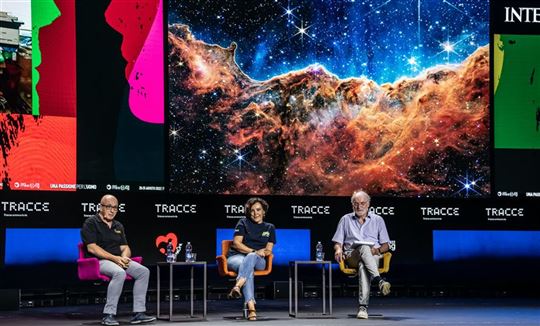 Why does knowing how the universe came into being change humans? What does such a discovery change in those who worked on it, but also in me? What do we have to do with those galaxies?
The first thing is that we do not search to find something. We search because we are curious, we are "built" to look. And if we do not look, we fail ourselves. Thus the beautiful thing is to start, to set out. In recent times I have said to my colleagues that even from the most secular and materialistic point of view possible, we, who are made of this matter of which the stars are made, can speak and be amazed at our origin. It is certainly fascinating to understand everything that happened before the sun was born, in what evolutionary stages of our galaxy the things that constitute us, the bricks with which we are physically make, came about. But this process, this evolution leads to me. I am the point at which those stars, that matter, that interstellar dust, those laws of physics become aware of themselves. We are the point at which the universe becomes self-conscious. We are on the one hand the most ephemeral thing there can be, because we last "70 years, 80 for the sturdy," and at the same time we are the point that builds telescopes and looks and says, "This thing happened 13.1 billion years ago." So I realize I have a responsibility for the coffee table I lean on, the chair I sit in, the air I breathe, the stars I see. We are, in reality, the voice of everything wondering what it is. I almost get a "cosmic" thrill. We are built in the name of everything around us. Being touched by these insights while you look at images of galaxies puts you on the edge of the abyss and you have a flash of consciousness: let us do this for all the galaxies we are photographing but are unable to recognize themselves. A sense of greatness invades you, a gladness, gratitude for what you have, for what you are, for what you do... We are the apex of this universe, the point that, on behalf of everything, asks with gratitude and awe, "Why am I there? Why are you there?"

Do you share these questions among your colleagues?
Our work is based on math, computers, millions of millions of reports to read. It is 5% fun and 95% sweat. So at work the various human positions remain somewhat hidden, and the vision one has of the world has perhaps comes from an encounter they had in high school, college, from what they have read, family... These are questions that we deal with sporadically among ourselves, in particular situations, perhaps outside of work, in which we perceive the same astonishment. But for this to become a judgment that lingers and permeates the day, an education is needed. Familiarity with this perception is acquired through a companionship: in my case, that of friends, of my wife.

Not even the whole universe is enough....
Nature is made to make us cry out: "Who are you?" But the face of Mystery with a capital "M" is never revealed through nature; it remains hidden. For it to reveal itself, it needs to become someone you can know. We are that imposing question that answers the cry of nature, which in turn says to us, "Look at me, look at me!" It is a dialogue, a conversation between us and nature. But for this to become a judgment that abides and accompanies you, that gives you gladness, the Mystery must become familiar in your life. This is my experience. 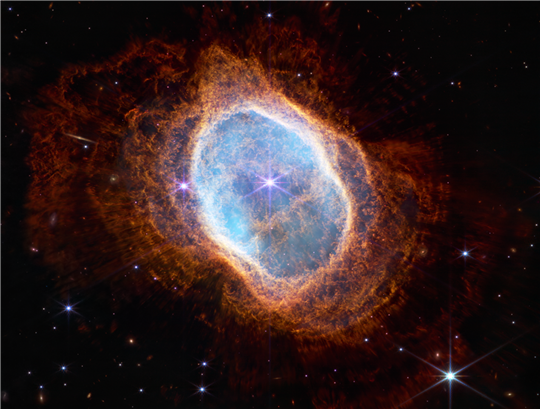 How did your passion for astrophysics come about?
I was born in 1958. I was 11 years old in 1969 when the moon landing took place. In those years, like any kid, I was wondering what to do when I grew up. There was Walter Bonatti in mountaineering, the Moon, astronauts, the universe, the unknown, pictures of stars in the dark.... They appeared in the news daily. I was lucky enough to meet the Capuchin priest of the parish where I played soccer, Fr. Lambertini. He was a curious person, a genius, not only as an educator but also as a scientist. He had a passion for experiments and had a telescope. A couple of friends and I showed our interest and one evening he took us up to the roof of the church of San Francesco in Ravenna. We could touch the dome of Dante's tomb from that terrace, and for the first time, when I was 12 years old, I looked into a telescope. It was love at first sight. As I always say, you are never young enough to fall in love with a big thing. For me, that was it. And I had a feeling that I wanted to get involved with these things. From then on, in the critical moments, when I had to choose my high school, college, thesis ... that note always sounded, the drop that marked the way. I obeyed that fascination. And off I went.

What does the title of this year's Meeting, "A Passion for the Person," say to you?
It says that when one discovers something great, beautiful, true, one cannot help but feel like communicating it, sharing it, however one can and starting with the people closest to them. That is why there was a meeting on JWST, to share the splendor of what we see. You are there on the stage and you realize that you are saying "come and see," not so much "I will teach you something." That for me is the passion for the person.