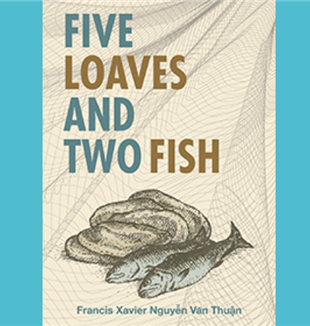 Vacation, the time of freedom. Sure, but what does "freedom" mean? In order to understand this, we have an extra ally, the Vietnamese Cardinal François-Xavier Nguyen Van Thuan, whose story is recounted in the book Five loaves and Two Fish.

It all began on April 30 1975, when the North Vietnamese army conquered Saigon, the capital of South Vietnam, reuniting the country and ending a war that lasted fifteen years and killed more than three million. Thus, the "Socialist Republic of Vietnam" was born, led by a Communist Party that began a harsh policy of repression against the Church and Christians. Seven days before the fall of Saigon, on April 23, 1975, François-Xavier Nguyen Van Thuan, was appointed coadjutor bishop of the city by Pope Paul VI. For him, relations with the new communist authorities were immediately very difficult and after only three months, on August 15, 1975, Van Thuan was arrested on charge of plotting with the Vatican and the imperialists to overthrow the communist regime. Thus began a very long imprisonment: thirteen years, nine of which he spent in complete isolation, during which the Bishop was moved to different prisons throughout the country.

In seven meditations - "five loaves and two fish" - addressed to young people, Van Thuan recalls many of the events that took place during those years. With great simplicity and without being ashamed of his own weaknesses, Van Thuan recounts having suffered "the long tribulation of nine years in solitary confinement: seeing only two guards every day, enduring mental torture, absolute emptiness with no work to do, having to walk back and forth in my small cell from morning to night so that I would not become crippled by arthritis. I was on the brink of insanity.” And he confesses: "Many times I was tempted, tormented by the fact that I was only 48 years old, in the prime of my life. I had acquired a great deal of pastoral experience, and there I was isolated, inactive, separated from my people, 1700 kilometers away!” Thirteen years without being able to command your own life, your own time, your own energy: it is difficult to imagine anything further from freedom. What good can there be in such a circumstance?

Yet this very situation becomes an opportunity to discover that at the bottom of our heart there is a companionship that no power can tear away: "Only one moment exists for you in all its beauty and that is the present moment. Live it completely in the love of God. If your life is built up like a large crystal from millions of such moments, it will be a wonderfully beautiful life. Can’t you see how easy it could be?” Thus, during a summer when everything as been called into question and many plans have fallen through due to Coronavirus restrictions, Van Thuan's story turns out to be unexpectedly similar to ours.