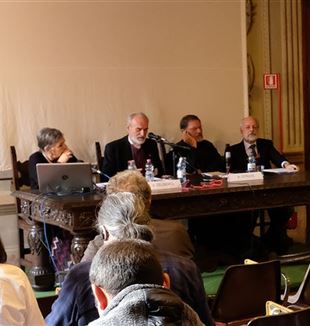 An intense and painful confrontation about open wounds that, today, can turn the friends and brothers of yesterday into enemies and strangers. This is what took place between 11 and 13 October in Seriate, as part of the international conference "Universality and special stories. The vocation of the Church", promoted by Russia Cristiana. The topics dealt with include the schisms and divisions that are multiplying within the Orthodox Churches, but also the tendency, in the Western World, to reduce truth to one’s own vision of it, to one’s own battle, locking ourselves up in our own trench.

These days also witnessed dramatic moments. For example, the confrontation between Vladimir Zelinsky and Alexis Struve, Orthodox priests who no longer have the right to celebrate mass at the same altar because of the crisis in relations between the Patriarchates of Moscow and Constantinople. Or, as recounted by Andrej Šiškov, the intolerance of formal liturgical ritualism, which is a way of conceiving asceticism that involves the renunciation of responsibility and estrangement from the world, as opposed to "liturgy as the beginning of the transfiguration of the world" (this was the vision of Aleksandr Šmeman, one of the main intellectuals of the last century of the Orthodox world in the West). Serene and attentive dialogue supported by the awareness that unity continues to remain a present fact, that it predates us and allows us to tread, with courage and confidence, the path that touches each of us. Even when views diverged, dialogue was always at the level of experience, rather than merely dialectical opposition. 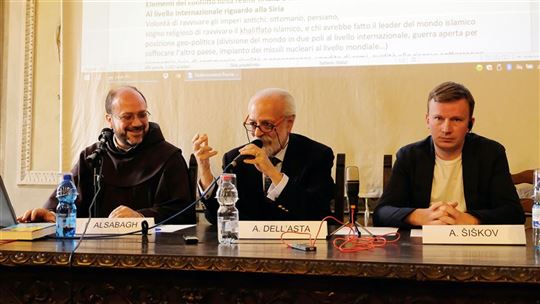 In these days, topics relating to both the Church and to the world intertwined. Such topics were not inseparable because of the political-social links between the two realities, but because the Church constitutes the ultimate conscience of the world, the "passage of the world from the condition of death to that of the resurrection", to use the expression of Orthodox theologian Olivier Clément, quoted by Adriano Dell'Asta. In the teachings of the church, which Monsignor Francesco Braschi, President of Russia Cristiana, spoke about, the issue emerges in the relationship between institution and charism. In the writings of Vladimir Solov'ev and Fr. Sergij Bulgakov, two giants of Russian philosophical-religious thought, the theme of unitotality emerged as a category of being, and the fulfilment of the Church’s unity is presented as "the wedding banquet which the whole world will participate in".

In particular, Bulgakov grew in the awareness of a "new and terrible task: to live, to the very depth, the pain of the division of the Church" and to respond personally, by offering one’s own life, as he did in 1921-22 while, around him, civil war, famine and persecution, unleashed by the new Bolshevik regime, raged. Dramatically posing the question: what is capable of withstanding the impact of time? What can save us from immense catastrophe? Bulgakov reaches the ultimate origin, the sin of particularism and division, but also the astonished recognition of unity as "something that is happening above and beyond everything ...". Unity as the experience of an encounter, therefore, always mysterious and excessive in its otherness. It is not a coincidence that these questions are posed, in Alle mura di Chersoneso, by a character, a refugee, that the author identifies himself with. He is man who has nothing left, who has lost everything but also, paradoxically, is no longer constrained or bound by anything, and, therefore, manages to see, say and do what, within the shores of ordinary life, what was not previously possible for him. Everything that is an accessory or that is secondary, however dear and familiar, wastes away. The essential is revealed in full light, and, from here, a new life really begins. A new life that has a eschatological connotations, embodies the fire of the Spirit that prevents its Church from reducing “tradition to a ‘deposit’ of faith that must be preserved, rather than developed through one’s experience of life”.

A century later, the topicality of Fr. Bulgakov’s approach to the problem is shocking, even in regards to secular problems, such as the dynamics linked to migration and their consequences. Giorgio Paolucci, columnist for Avvenire, addressing the topic of the encounter of different cultures in Italy and in Europe, resumed discussion on the theme of otherness, which is an inescapable factor for the maturation of personal and social life. Today, what do we understand by the word identity? Identity conceived as “armour to be worn against invaders, or rather as a window to be opened unto those who arrive with an awareness of our roots?” Paolucci developed the concept of "enriched identity", which comes from the encounter between an "I" and a "you", and that can generate a new "we". Not simply "integration" but "interaction", that is to say "harmonious coexistence, based on the awareness that ‘the other’ is necessary for my fulfilment, and that before diversity comes commonality".

READ ALSO - Russia Cristiana: Being Christian in the age of Particularism

In his testimony, Fr. Ibrahim Alsabagh, a Franciscan from Aleppo, painted the picture of a world torn apart by divisions and suspicion, as well as by war. The Franciscans decided to “leave their own land”, out of the closed sphere of their ethnic or religious community, to help and support everyone, and thus be signs of unity and hope. This is somehow the mature fruit of the encounter that took place in 1219 between St. Francis and Sultan al-Kamil al-Mālik. The magnitude of the projects supported by the Franciscans in Syria leave us gobsmacked, but their most audacious characteristic remains the hand that they extend to the other, to whoever knocks and is in need: not for social justice, but in memory that "Christ redeemed us when we were still sinners". It is the same awareness that animated Benedict XV and later Pius XI to come to the aid of the Russian population that was victim of famine, as recollected by researcher Chiara Dommarco, despite the oppressive conditions imposed by the Bolshevik regime, which went so far as to deny the Jesuits the right to celebrate religious rites or to speak of faith. “Poverty" pushed to the point of paradox, but not depleted, because it aims to affirm the other, the need of the other, his unique and absolute value.