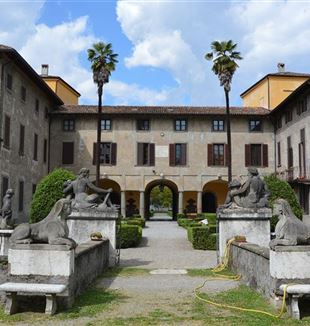 "The idea for this year stems from the observation that in the life of the Church, both Orthodox and Catholic, there are particularistic instincts that are very similar to those in action in the rest of European society, which are moving in the direction of sovereignty and the rejection of the devolution of local powers, in favour of supranational organizations.” Fr. Francesco Braschi, president of Russia Cristiana, thus presented the annual conference of the study center, which will be held in Seriate (Bergamo) from 11-13 October, entitled "Universality and particular stories. The vocation of the Church".

"Events such as those in the Orthodox Church in Ukraine, but also in Montenegro and Moldova, seem to raise again, at the level of Christian life, questions relating to the relationship that exists between belonging to a particular national or cultural reality and the awareness of partaking in a universal experience, such as that of the Church", continues Braschi: "But if, on the one hand, the events of the Churches follow social dynamics, on the other hand, we must not stop at this level to understand them. In our opinion, it is necessary to reach the profound questions that these dynamics pose to Christian self-awareness. What does this return to particularistic logic mean for me, a believer?" The President of Christian Russia observes that if in the Orthodox sphere this dynamic is increasingly expressed with confusion between patriotism and ecclesiastical identity, in the Catholic sphere the risk is to reduce membership of the Church to adherence to a particular current.

"To aid us in this reflection, we have organised the conference around three points”, says Braschi. "The first is the narration of some historical events that mark the coexistence between national identity and the universal dimension. This was the case for the exarchate of the Orthodox Churches of Russian tradition in Western Europe, born after the 1917 Revolution. It was a reality present in France, Italy, the Netherlands and Great Britain that, bringing together the best minds of the Russian diaspora, allowed the mutual fertilization of both Eastern and Western traditions. Just think about how much the encounter with this experience enriched Yves Congar, Henri de Lubac and Hans Urs von Balthasar. Fr. Alexis Struve, rector of the oldest Orthodox parish in Paris, will speak about this". The second element will be the recognition of the value of those Churches, which have found themselves, even recently, in great difficulty, scattered over regions of different countries, but that, from such suffering, have developed a new vision: “We have invited Fr. Ibrahim Alsabagh, from Aleppo, and Andreij Siskov, who will speak about Fr. Father Aleksandr Smeman’s observations.” The last aspect of the conference will be the recovery of the trails of thought of great authors of the Orthodox tradition (Fr. Sergeij Bulgakov, Vladimir Soloviev) who help us to understand, in a profound way, says Braschi, the Christian experience. "My talk, on the other hand, will be on the letter of the Congregation for the Doctrine of the Faith Iuvenescit Ecclesia, which, to me, seems to give an interesting perspective on the relationship between particular charisms and the universality of the experience of the Church".

The conference will take place, as has happened for a number of years, in conjunction with the birthday of the founder of Christian Russia, Fr. Romano Scalfi (12 October, 1923 – 25 December, 2016): "We will remember him on Saturday night, with a concert of the Cet Choir, which will perform alpine songs that he, from Trentino, loved very much. The three days will end, at the end of the Divine Liturgy, with a pilgrimage to his tomb, a gesture of affection and memory for the importance of his teaching.