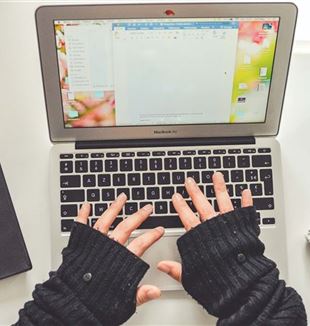 On Thursday, February 24, I woke up to the news of the bombings in Ukraine and, amid the general chaos, I went to university as I do every day to work on my thesis. For several weeks I have already been feeling a lack of meaning in the work I was doing. Faced with the events that were happening around me - big or small - I kept asking myself, "But what use is what I am writing? What does it have to do with the suffering that I see around me?" The unleashing of conflict contributed to this sense of helplessness and dissatisfaction, due in part to the fact that it seemed foolish to write something that no one in the world would ever read.

When I arrived at my university, I went to pray the Angelus and attended the CL community mass for peace in Ukraine. It felt like a miraculous event, we were all together praying in front of Someone.

While I was in church, it occurred to me that actually someone would read my thesis, my advisor. I decided, therefore, to ask him for a meeting and went to his office. I apologized for if what I was going to ask him went beyond our professional relationship, and I asked him questions about my dissatisfaction and the sense of powerlessness I felt in myself. I do not know if he is Catholic, and his answer, partly for that reason, surprised me greatly. He said to me, "Sofia, I believe that great changes in the world are not caused by great revolutions. I believe, instead, that the world can be changed by each of us fulfilling our task, by doing what we are called to do; it makes little difference whether you are a head of state, a street sweeper or a girl who is writing her thesis."

Read also - The war, Ungaretti and my students

His response struck me very much, it was completely unexpected. I think I have learned that every action of mine, every movement of mine in reality is always in response to Someone, even through jobs or occupations that may seem individual (like my thesis was until a few weeks ago). This is the only way in which what I do acquires meaning: to deepen that relationship with the One who gives me things, who continuously asks me for what the School of Community calls freedom, that need for total fulfilment that pushes me not to be satisfied.