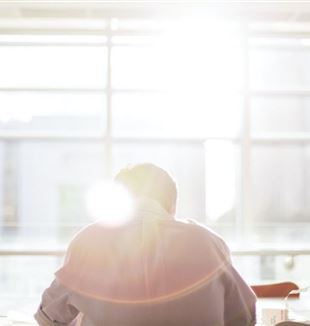 Amid the fatigue, even physical fatigue, of these months of teaching, forced to spend entire days in front of the computer, it happens that we witness the flowering of humanity in young people. There have been many episodes, encounters, and occasions. I will tell you about two in particular.

For civic Education, we have done fascinating work on migration. After the suggestion of a free viewing of the play Rumore d'acque by Marco Martinelli of the Teatro delle Albe of Ravenna (the same people who produced The Sky over Kibera about Dante in the largest slum in Nairobi for Avsi), a young boy said, "In the group of young Christians I attend, we talk about faith, about what it means to believe in God. These people, despite having to face the sea and risking death, still believe in their god, in their gods." A classmate intervened, timidly, as if to correct his friend: "I know that Christianity promises eternal life. I can see it in my grandmother, who is very sick and suffering, and who has come back to faith. The pain is still there, but in her there is hope, joy.” I remained silent, moved. When young people come to say this about themselves, school fulfils its task.

The second episode. I had sent an email to everyone pointing out a beautiful docufilm about the latest excavations in Pompeii. A few days later, a girl, usually very shy, wrote to tell me that she had liked it. She added: "I also want to tell you about something you should see, the film about Chiara Lubich, which I saw with my mother.” I was moved by this reciprocity, free and beautiful. I asked her what struck her. She answered: "The way this woman lived the Gospel.” There had never been an opportunity to talk about faith with her.

That a boy feels "at home" enough in class, even during distance learning, to recommend a program to the teacher.... is for me the gift of the hundredfold for my life. A sign that continually challenges my freedom, making any temptation to take over and replicate these daily miracles fade more and more.

Read also - Fr. Giussani and I. Confessions of a headteacher

I realized this years ago when I invited a group of students, some high school seniors, to the Benedictine monastery of Cascinazza, outside Milan. Friendships, relationships, contacts were born; I also had the desire for them to meet the experience of the movement at university as well. But instead a free friendship was born between them and me, as if we were traveling companions. No possessions, just an infinite gratitude and the poor question, but always a little more true, of a pure heart. Since that meeting, one of the young men has begun to go to mass again. Every now and then a message arrives: "Good morning. What time are you going to mass tomorrow?”