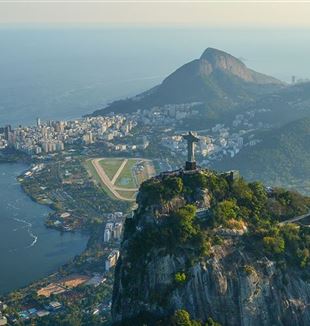 The pandemic has arrived. And with it came an earthquake. From one day to the next, signs increased that something unimaginable would happen. And therefore frightening. On one hand, I was very worried about my family and friends in Italy. On the other hand, I wondered what might happen in Brazil. It was like having an attack of labyrinthitis: suddenly you do not have any reference point, you lose your balance and you are overcome by fear, apprehension and anxiety. But the beginning of this earthquake also coincided with the beginning of a new, exciting journey.

The first crucial thing for me was Julián Carrón's letter to the Fraternity in March, in which he speaks about the disciples on the boat with Jesus: they do not realize who they have next to them, someone who has just worked two miracles "as big as castles". They are there with Him, but dominated by their concerns. And I saw myself in exactly that situation. My reason, my ability to realize the real, therefore of myself, was totally blocked by apprehension. And there I understood more that phrase by Fr. Giussani's, quoted in the letter: "Faith flourishes on the extreme boundary of the rational dynamic as a flower of grace." That was a discovery for me. They are words that I had heard many times: faith needs my reason to be alive. But it is not enough that it happens only once. If faith is not like a blossoming flower - as an event - it is a dry, dead faith.

And in those days, this happened to me. Through the words of a friend and a few things I read, I had the physical experience of perceiving my own reason re-starting again. I became aware of a Presence and with surprise I realized I have a bond with this Presence. It is linked to me.

But life continued with a new challenge every day. The days marked by a totally unknown rhythm. I was forced into the house. One conference call after another. No more trips. My laptop always there, on. So work was taking up more and more time. I felt the need for order. It is not that obvious that, for example, locked in your house, you have more time for yourself. The opposite was happening to me. How can you help yourself with this?

At the beginning, there were more and more opportunities to see each other online: meetings via Zoom, Rosaries, even aperitifs... It was like trying to find some sort of excuse. But as the days went by, the need emerged to see who you could really walk with. Not so much to fill the time, but to restore order to life. Let me give some examples of this. 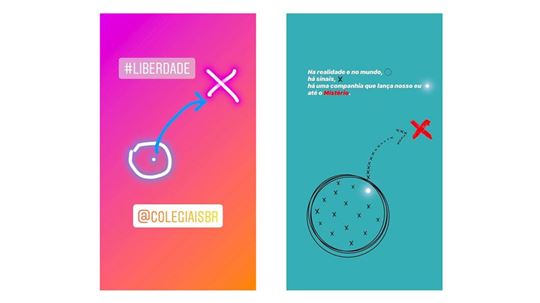 I am thinking of the friendship with some young people and teachers of GS, who began meeting on Zoom and invited me to some of their meetings. There we helped each other to discover what could make us free whilst locked in our homes. One day, during a meeting, we thought of the drawing that Fr. Giussani used to explain freedom: a dot inside a circle. I am the dots and the circle is my room, my city, my country, the world... The more I am conscious, the more I can realize that I am inside a closed environment. And yet, talking about it with the young people, it has emerged that you can experience freedom even when closed in your own room. And what is the difference? We discovered more about that drawing: you are a dot inside a closed circle, but you have the possibility to discover a link with an "X" that is outside, that is outside but, creates a link with you, inside you. An "X" that is infinite and this infinite makes an unimaginable experience of freedom possible. This has given rise to many initiatives to discover and deepen this experience through music, literature and poetry. So the boys and girls began to organize the "sarau", meetings where they recite poems and read excerpts from books, mixed with songs and modern or popular music. It was, and still is, very nice to see an explosion of freedom, born from the fact that you can finally be yourself.
In a subsequent meeting, the young people also invented a new drawing that they published on Instagram (@colegiaisbr): the "X" that is outside the circle that becomes many small "x" inside the circle. The discovery, that is, that the infinite can be recognized through faces.

During a meeting with friends in Florianópolis, however, a friend said that she had had to leave her son all day with the nanny to go to work. Back home, in the evening, a little worried, she asked her son: "Who would you rather make cakes with, me or the nanny?" He looked at her and said: "With you, Mommy." And she asked: "Why?" And he said: "Mommy, because I love you." She, recounting the story, added: "All I needed was to hear that sentence." The result was a dialogue about the nature of desire. Thinking about what that friend had said, trying to identify with that situation, a thought came to me: "But if your son said 'I love you' a thousand times a day, it would not be enough for you. If the people I love told me endlessly that they love me, it would not be enough. There is always something missing. If I could finish that project I aspire to so much, I would still be missing something. It has been a long time since I realized the nature of my desire. What do I desire? Deep down, I am longing for the infinite, not something replicate to the infinite. I desire to meet the infinite, a bond with the infinite. And I have had the certain experience of surprising the truth of my own existence thanks to a human gaze. This infinite of which I am a necessity has become man, this is the ultimate nature of my desire.

School of Community, then, for many of us, has become a spectacle. Something you need to live. It is impressive to see how for so many that moment which, at times, is lived as an obligation or something easily interchangeable with other commitments, has become vital. The most beautiful thing is to see how a new gaze for one's own humanity was born. As happened to some young mothers, forced to stay at home coming up with all sorts to keep their children busy while their husbands worked all day in their home offices. They talked about how they saw all their limits emerge, those of their husbands and those of their children. A great effort. But, as time went by, at each new School of Community meeting, it became perceptible that they had taken one more step towards a greater sympathy for their own humanity. An attempt not to censor it, so as to see the humanity of the other better, and with more tenderness. How we need someone to look at us like that to start looking at us like that!

Read also - Where is certainty in a time of uncertainty?

When you discover how great your humanity is, like a source of living water inside you, you are moved. And if you get to be moved, you cannot but be moved for the other, for this source that they too have inside, submerged, sometimes forgotten. Thus, a new way of looking at the other is born. Carlos Ferreirinha's testimony, the entrepreneur who presented Reawakening Our Humanity with Carrón, revealed this happening within him. Carrón observed: from a personal discovery comes a gaze that becomes a factor of change for society. At this moment in Brazil, but also in many parts of the world, the climate is heavy: an ideological opposition, in which the other is seen as an enemy to fight. Yet we also see a counter-wave that is beginning to move, though more invisible and less noisy. But it is there and we must help each other in surprising it, because there are many people who are living like this.
It is a hard, tiring time, but what gratitude to be able to recognize that we have the possibility to undertake a human journey. Together with so many and for the fate of the world.