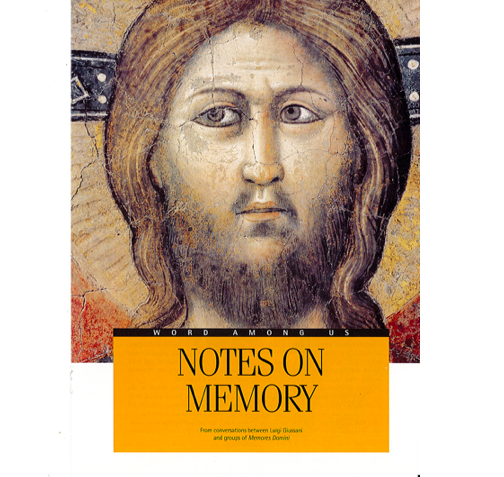 Memory as Event that Happens Now
Milan, March 18, 2001
Today’s theme, on which you have meditated, is memory: Christian life is memory. Memory is the spiritual organ, sensitive and spiritual, which grasps in all its import all that I would like to express and that I am living now, deprived of everything. Because what is the meaning of life, what would the meaning of my life be, with its present restrictions, if it were not memory of Christ?
Mario said it, the last time he spoke, when he read this sentence: “It is an event. Christianity too is an event, but not an event that is accomplished; rather, an event that is taking place now” (cf. L. Giussani, “Event, Majesty of Mystery” [Editorial], Traces, Vol. 3, No. 3, 2001).
An event that is happening now. Even when boredom looms or when we cannot manage to get a taste of what we desire, and–what is more important–we cannot even touch it from afar (but the situation in which one lives may justify it). The event is something that takes place now. The event that happens now: then, even in my days, even the ones that are darkest and full of shadows, it is beautiful.
And then, the comparison is not abstract, it is a really concrete comparison to say that memory is our organ, the spiritual organ which sees in things, which is able to see in things their real nature. Memory is an event that happens now. Whatever one’s situation, memory is an event that happens now; it is part of this event, it belongs to it. And in this belonging to that moment, the belonging to the mystery of God (which is the Lord Jesus) is affirmed and made pertinent–the belonging to Jesus, because Jesus is the Man into whom God has conveyed all the infinite strength of the mysterious sonship.
I urge you therefore to allow–for yourselves too–this memory to be sustained concretely by a will to participate, by an impassioned desire for Jesus, by a radical and total devotion to the Mystery, the Mystery which He came to reveal.
One cannot describe the House in any other way than as a locus which rests totally on the word memory; totally! All the factors of a House are determined by this word, are defined by this word memory! The House is the locus of memory, in whatever state, in whatever situation it unfolds our days.
All the best! I have spoken to greet you, but with the desire to contribute another little bit to the sweetness, the depth, and the perfection toward which your life must strive, totally.
Best wishes! These are wishes that, even though they are not offered formally, are the ones that formally are the easiest to say, to express. It is the wish that your toil (whatever is left of human toil) may be victoriously sustained by what is not yet accomplished but is being accomplished, that is, our relationship with the Lord.
The life of our House must be animated by this memory, just as in any family, in any home. The flesh of man is engaged and is a sustaining factor, in toil and pain as well as in the expression of joy.

Memory
San Zeno, April 1, 2001
As I listened to you sing, my soul was filled once again with the particular prompting God gives to my life these days. The particular prompting to which God recalls me is–yes, let’s say it–memory; it is called memory. We do not understand it unless we experience what it means, feel it existentially and really experientially! So that whatever we say, whatever word we utter, memory is what dominates every word both in its content and its form.
My wish for you is that the Lord may make you understand what memory means, and may make you live it precisely by making all its meaning surge up in you, that you may touch this word according to its meaning!
Then you will understand that every gesture we perform, every day of our life, and every year that passes, everything–whatever relationship our “I” might have with something in existence–is great. It is the great dimension of relationship, because every relationship is wrought by the Creator who, in His historical aspect, is also Redeemer.
We need to pray. Every saint who is spoken of, recalled, or emerges is a person who has attained a fullness of life, a fullness of his heart and his mind. And in this fullness, which has had as a possible “signature” a completeness of life, no silence, no hostility, no twinge of pain, no reminder of one’s ignorance–in a word, no limitation that weighs on us–can be sustained except by this perception of relationship with the source, with the birth, with what is the source and the birth of our living. Or, more acutely and always mysteriously, without this perception constituting a relationship with our weakness and our littleness, in other words, when the Lord’s grace indicates, as the completion of our life, the existence in every moment of a re-Creator, of a Redeemer.
My wish for you is that the Lord in this Holy Week may hasten the evidence, in our very experience, of His presence. As a Creator, He would pale in a life in which He became the term of a claim. Instead, it is really an event by which His plan in the world is accomplished, an event in which the power of man becomes completely clear in prayer.

Positivity of Life and Memory
Milan, June 10, 2001
I wanted first of all to greet you, asking of you the charity to offer something, some of your toil, also for me. But it is obvious that this happens in the face of the other duty, which is even more true than having a particular that is in some way interesting for one’s own life. This other duty is that Christ has called us, and if we have said “Yes” to Him, we have said “Yes” to the meaning of the whole world. Imitating Christ means to imitate One who lived for love of the world.
In this sense we can and must say that our action–as a judgment on what happens or as sequela attempted by our frail will, out of the very trust God has made us experience with the decision to place ourselves in His sequela–our action (since the purpose of our every action is Christ) and any relationship we have must be tackled positively.
Positivity is the great law of those who have a reason for guidance or correction, but first and foremost, self-guidance and self-correction. To the extent that we live the memory of Christ, it becomes a door flung open, a window opened wide onto positivity.
And not least among the difficulties that we live is the fact of non-immediate peace of mind in all that we do, if this peace of mind is understood as generated by a feeling, dictated by temperament, lack of reflection, or presumptuousness.
On the contrary, positivity as the criterion of all that we do, this affirming everything starting from a positivity, normally–I say normally, at a certain point, at least for the times fixed by God–is a source of sacrifice, a source of pain; it is a rising up, a finding prepared before our eyes a future which, in its particulars, in any case, is hard. To grasp positivity in all that we do or see others doing, or that we know to be in the world, this positivity demands a great faith. A faith that is great—not faith as a wave welling up in our hearts, but faith in the most stringent or final sense of the word.
We shall return to these things; we shall certainly come back to these things we are saying today in the August Retreat, because this observation is fundamental. But in the meantime let’s remember that, since what I have said about faith is true, the question is seen better–better than by making technical examinations or comments obtained by our strength, by the strength of our eyes–through memory: it is memory as it is lived that makes us find all that is an answer to what you have posited as a problem (though, if I were there, I would ask Carlo to stress once again what he has said. But I shall see him before August!).
Faith in Christ is simple, faith in Christ is simple in its positing, and therefore it is reasonable. Profoundly reasonable and profoundly simple.
I send you my best wishes. My wish for all of you is that faith may reach this point in its ultimate simplicity. And then, conversely, faith lived with this order of things broadens; it forces us to a total horizon, as it is for all the world, and the whole world is thus space for God’s intervention, space to make us understand reality as the will of God. Even though, for instance, I must accept today, in these days, I must accept this will of God by offering, by offering to Him the suffering I endure.
But the suffering I endure does not see its ultimate meaning if it is not referred to memory. It is to memory that we must return. This will slowly penetrate all the sectors of the time we live and the space we use.