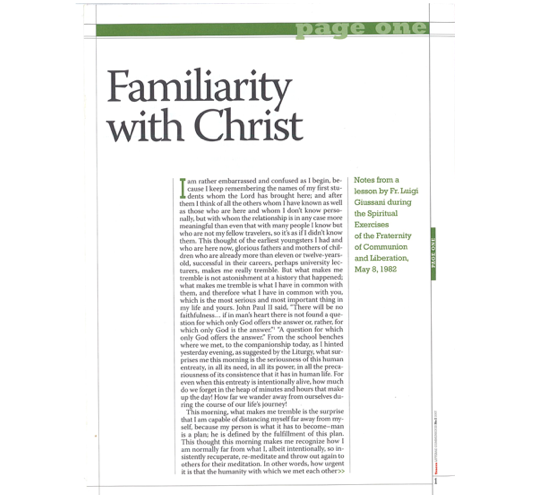 The assembly and the synthesis of these Spiritual Exercises are published in Fr. Giussani’s book, The Work of the Movement. The Fraternity of Communion and Liberation, published by Società Cooperativa Editoriale Milan: Nuovo Mondo, November 2005.