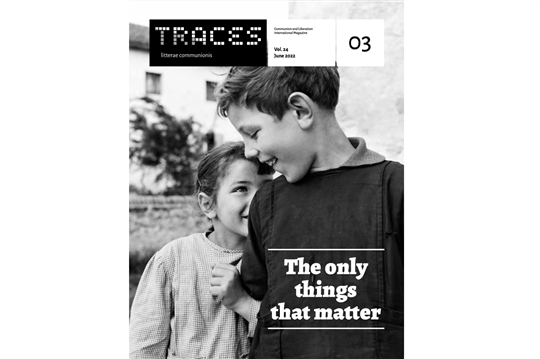 During a recent interview, the Belarusian Nobel Prize winner Svetlana Alexievich, reflecting on the war, asked herself what sparked the series of events that led up to this point; that is, what happened to the great “Russian soul,” to the incredible influence of the culture of a spiritual nation.
Of this nation, today all we see are young soldiers looting and stealing from the dead, reflecting a barbaric decline in humanity. She wondered, “What happened to that soul?” and then she posed another striking question: “Why have we lost our humanity in such a short time?” According to Alexievich, the historic shift happened despite the fact that “we believed so much in the Nineties.” These beliefs did not last long because they lacked a strong foundation, because “freedom is built by people who have been set free.”
This provocation goes beyond the havoc being wreaked in this conflict. It is tied to what lies at the heart of everything–that is, man–and the possibility of a new life that does not fade away, that lasts. What kind of liberation stands the test of time and history?

We live as if we already know what is “necessary” for us and for the world, as Fr. Mauro-Giuseppe Lepori, the general abbot of the Cistercian order, said recently at the Spiritual Exercises of the Fraternity of Communion and Liberation–the complete text will soon be published on the CL website – “You worry and get anxious over many things, but you only need one thing.” These words that Jesus spoke to Martha were the focal point of the Exercises, in which Lepori delved deeply into the relationship between Christ and Martha. In the encounter with Martha, He exposed her “deep, fundamental, total need.” And because she became aware of her need, she embraced the “answer to the fundamental desire of the heart and of life.” It was not an invitation to do or be something; rather, it was a personal presence, as ordinary as that dinner but also as extraordinary as “atomic energy,” said Lepori. It is a presence that can “penetrate all of the deepest underground recesses of Martha’s humanity.” She would have lost Him and herself had she not decided to begin a journey, to verify how unique that relationship was in every aspect of her life. “It is the presence of the One who fills the heart that is able to change our relationship with everything,” even with death.
This issue includes a few testimonies we have received following the Exercises, including one from a young mother from Kharkiv and another from a young man from Moscow, who continue to live in wonder because their lives are not determined by the ups and downs of history, but rather by a gaze through which they are born again.
How can this experience continue to happen so as to provide an answer to the question posed by Alexievich?