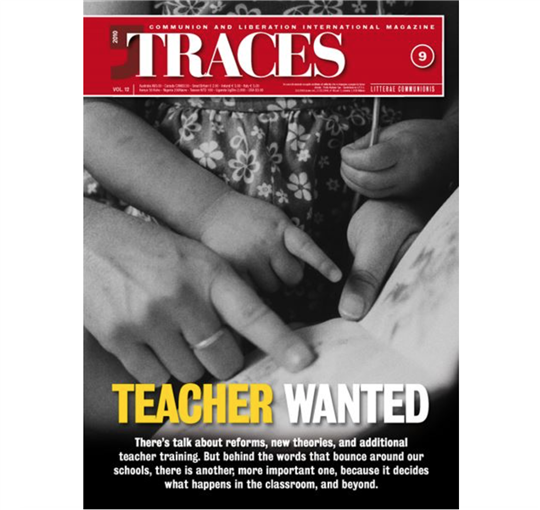 We just have to hear the word “relativism” to jump to the wrong conclusions. Our thoughts fly at once to something abstract; important, yes–that’s why the Pope keeps talking about it. To be honest, though, we tend to see it as a philosophical problem, a question of cultural debate. On one side are the few, the Pope included, who insist on the existence of a Truth; on the other side are the many more who deny it. And this has several consequences. It also gives the impression that the Church, though right on principle, is, in practice, the loser. And this is where we go astray, because relativism is not only a weak thought that brings with it formless ethics. It does not concern only the great moral issues (life, values), denied in the idea that one position is as good as another and that the only practical indicators remaining are scientific skill and consensus (what we are able to do is licit, provided the majority agrees). It has a concrete consequence for all aspects of everyday life, and it is a paradoxical and dramatic consequence. If all things are equal, the consequence is not that everything has the same value, but that nothing is worthwhile. Everything is quickly consumed in life, in our daily life: work relationships and the family… This generates disappointment, vexation, and, at times, anger. All too often we find ourselves precisely in this condition.

Relativism, then, has to do with us. It eats away at us. This is why we simply must defeat it; we have to find a weapon that will enable us to win the war in the field of everyday life. This is where the true contribution that Christians can offer for everyone’s life comes in. This contribution is not merely to defend certain values to be safeguarded by every possible means–this is mandatory, but first we need to witness to something that enables us to face up to this vexation fearlessly, and not be trapped in anger but able to overcome the disappointment. We need something that will give a new taste to life.
Ideas are not enough to achieve this–not even right ideas. Comments and words on relativism are not able to defeat it, not even the most Christian words. Years ago, Fr. Giussani introduced the marvelous and potent image of “the Chernobyl effect” to describe what happens to our humanity. Externally, it seems intact, but inside it is weakened, tired, and sick, as if from the aftermath of the radiation cloud that spread from the famous nuclear power plant. Faced with this tragedy, we often risk suffering another effect of this same reduction–a kind of Chernobyl effect on the way of living the Christian event. The words used can be unaltered in their orthodoxy: charism, faith, experience, etc.… But not the content. It can become just an empty shell, made of correct categories and words, but lacking its main characteristic: that of being real, something that happens in our lives and that “draws along the whole of our humanity,” as it did for Andrew and John before Christ.
In the Page One section of this issue, it is well described. Read it attentively; it clarifies that the only antidote to this sickness that corrodes life from within is memory: Christ happening once again in our lives, now, to the point of attracting our humanity and challenging the conception we have of ourselves–and of changing us, if we are ready for it. Pope Benedict XVI, too, describes this in his indomitable witness. His witness cannot be reduced to mere words, but is first and foremost a fact, a presence. Here we can grasp the true contribution that we Christians can give even in public life, wherever we are: in teaching at a school or in preaching at a missionary outpost; in the privacy of one’s own home or on the benches of Parliament. We can be a presence in which His Presence happens again, and brings a change.