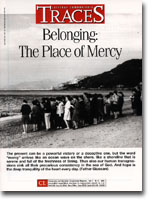 Forty years ago, in the classes where Father Giussani started teaching, the discussion between him and his students focused immediately on the relationship between faith and reason. His young interlocutors felt the two concepts were diverging lines that could never meet.
After forty years, that classroom has greatly enlarged, and the discussion has moved to the level of the mass media, under the impetus of events like the World Youth Day, the Meeting in Rimini, and the Vatican document Dominus Iesus.
The leading media sent their top names into the fray. Battle cries were sounded. Solemn words were pronounced, as well as–allow us to say it–solemn idiocies. There is even a pre-election air to all this. But let’s put that aside and try to see things clearly, because today–just as forty years ago–a crucial question is at stake. What is it?

Nobody (for the time being) dreams of bringing the religious freedom of Christians in the West into question. And (almost) nobody feels that the right of Catholics to express their opinions on civic and social questions should be repressed. The world is full of Catholic politicians, economists, and intellectuals whose voice is heard through newspapers, television, and gatherings of influential people.
What is at stake is something more, much more.
The very existence of the Church as the experience of a people continuously challenges one of the untouchable tenets of modern thought, which is that only a person who acknowledges himself or what he has created (law and the state) as his sole authority can judge correctly. On the contrary, anyone who affirms the value in his life of belonging (and the obedience that results from this) to a reality greater than he is, is felt–increasingly–to be someone who has not finished growing up; an unreasonable, absurd, dangerous individual.

For this reason, the existence of the Church as a people (as manifested at the World Youth Day and, for those who were there, at the Meeting for Friendship Among Peoples) is a contradiction, an irritating source of embarrassment for the culture that has dominated and dominates the common opinion. For many of these people who regularly write editorials for the major daily newspapers, an incarnate Christianity should simply not exist because, according to their conception, it could not exist. Just imagine, it’s as if someone for years has written that the kangaroo is an inconceivable creature or at least an anachronistic one, and then he walks out his front door and finds a kangaroo next to his car. He can either face reality or he can adhere to his prejudice.
The protagonist of a story by G.K. Chesterton is able to unmask a false priest because the latter speaks negatively of reason. The Church’s detractors know full well that it is not easy to pass her off as a band of lunatics. And this increases their anger to the point of hostility. Christianity offers itself to the freedom of reasonable persons, subjecting itself to judgment in the court of experience. For this reason, fideism–believing something without adequate reasons for doing so–is the Church’s worst enemy.

But there is another enemy, which has always threatened the Church like a virus, from without and from within. The poet T.S. Eliot speaks of it as an attack of serpents on the altar steps and dogs at the city gates. This is considering one’s own Christian experience as based on something other than belonging to the historical phenomenon by which the extraordinary presence of Jesus and the mercy contained in his revelation have reached all the way to us.

A Church that is no longer the experience of a people–as has been the case, from the beginning, in the history of Israel, the start of what generated us–but is only a bloodless intellectual discourse or a pitiful appeal to morality: this is the Church they would like. That is not what we encountered forty years ago in a classroom in Berchet High School, nor what has always and what still fascinates and gives rise to discussion.