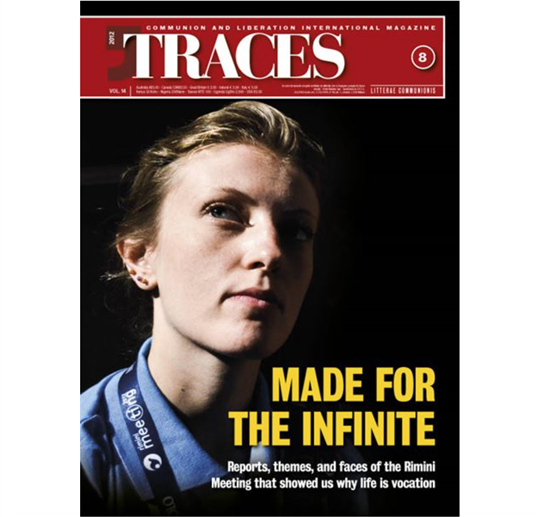 The figure of Cardinal Carlo Maria Martini was too impressive not to imagine that his passing on August 31st would have a vast echo; not only in “his” city , but in all the world. But it’s one thing to imagine or predict, and another to see the thousands of people who gathered to say good-bye to the former Ambrosian-rite archbishop in the Duomo of Milan–this was a people, moved.
That alone would be enough (or the many other details that have emerged in these days: his personal “charitable work” among the poor, his relationship with former terrorists, some passages from his writings) to recognize that Martini was much more than that to which many comments, despite their benevolence and enthusiasm, have reduced him. They depict him as a sort of “standard-bearer of dialogue” between cultures and with non-believers, engaged primarily “in seeking to plant the Cross on the tormented frontier of modernity” (as a columnist wrote in the most important Italian daily) and contrast him, instead, with figures like Fr. Giussani, very different in temperament and charism but, in the end, “gratified in his full self-identification with the Church.” Two “currents,” even “different peoples” in the “federation” of the Church of today.

Regarding affinities and differences, there is much more to say, and of a different nature. To begin to understand, you only have to read Julián Carrón’s letter to the editor of the Corriere della Sera, which you will find in this issue of Traces. But the topic raised by commentators remains: what is the true dialogue between faith and modernity? Is it an exchange in which everyone–believers and non-believers alike–has his say and, in the end, we find ourselves in agreement about some distant and generic points, more or less like before, albeit with a noble and reciprocal personal esteem–as many commentators have said of Martini’s “Chair of Non-Believers” (a university lecture series), drastically reducing its importance? Or is it the ecumenical valuing of each “crumb of truth” that one sees in the other, and which faith itself permits us to recognize wherever it occurs–as it really was for Martini?

It is an urgent question, and even more so for those who, like many of our readers, have followed the August Rimini Meeting, where the title was absolutely “religious”: “By Nature, Man is Relation to the Infinite.” And the way it played out–encounters, presentations, life–allowed those present to enter into the merit of the challenges that modernity poses, from the “practical” and every day (including the economic crisis and the idea of man that emerges from it) to theoretical frontiers (like literature, philosophy, and neuroscience), to the more popular expressions, like rock music.
It was a serious exchange, real, as you can see in the following pages (which necessarily offer a brief summary). And it was a voyage on the open sea, quite the opposite of a juxtaposition of faraway worlds, and the exact opposite of seeking self-congratulations on the part of the organizers. In deepening one’s own experience of faith, one enters into a true dialogue. This is true even for many guests (and attendees) who embody the expression of that modernity, who start from positions that are not religious, but who recognize, in believers, a common starting point–the desire for the infinite–and a way to live this desire that interrogates them, stimulating curiosity and reciprocal openness, and that unexpectedly permits us to walk a path together for awhile.
This is the path that we need, especially as we head back to work. And we are grateful to those who show us the path–and accompany us on the journey.