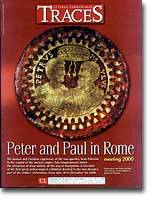 Three facts, for reflection.
First. In a leading Italian daily newspaper, during the days when the repression (by armed Moslem bands) of the Catholic population in East Timor was taking place before the eyes of all the world, a journalist noted that these things can happen to Catholics because they are an easily definable group, a people "sui generis." A people which can be identified and described, and thus also persecuted if those in power so decide.
Second. In the days following the acquittal of Senator Giulio Andreotti in a trial accusing him of involvement in a "political" murder, a prominent journalist of a large daily pulled out another accusation, rather, the real great accusation, attaching to it his historical-political sentence: the greatest fault of our country's most important statesman of the post-War era is the fact that he took into consideration, especially in questions of international policy, the interests of the Church.
Third. A great demonstration for freedom of Catholic schooling is set on October 30, 1999, in Rome, in the presence of the Pope. The Italian Bishops Conference, which is sponsoring the event, is hoping for a large turnout. All Catholics who feel deeply about the questions of education and freedom are invited to participate, at a moment in which the country's political leaders are reasoning (and legislating) on the themes of schools and education on the basis of criteria that favor the hegemony of an idea of the State as educator and that marginalize forms of autonomous education.

The witness to the martyrdom in East Timor, the impatience shown by opinion leaders with anything that eludes the rules of power games, the announcement of the manifestation of support for Catholic schools, all throw dramatic light, at different levels, on the relationship between Christians and the State.
What contribution can the Catholic people make to the construction of the civic good and to freedom in the society in which they live?
How can we understand situations in which Catholics collide with what the State asks of them?
These are themes on which the Church, according to what the Gospels tell us, has always reflected, offering the keys to understanding-better than any other position-the value of authority and freedom, and the task of politics. These relationships become tense and problematical every time the State (or the factions that present themselves as representatives of the institutions) presumes to act in a paternal or proprietorial way in administrating justice, education, and thus freedom. History teaches us that the dark moments of a civilization are those when Christians are accused and persecuted as such.
The Christian people refuse to accept an idea and a practice of justice, education, and politics that is purely subordinated to the pursuit and maintenance of the power of the strongest side and of the culture that in any given moment is the dominant one. By taking this stance, it places itself squarely across the path of those who aim at some form of absolutism. Whether this absolutism is expressed openly and explicitly or in a softer way doesn't change the substance: the human being is reduced to a product of the fashions and laws of the State.

On the Beginning Day of the CL year in Milan, Fr. Giussani said: "In this terrible test through which God is making the Church pass, when all its children, when all the believers in Christ are being assailed by the State as by a convincing and-as it happens-only teacher, the voice and the cry of the prophet Jeremiah appears as the directive for true salvation."
"Thus says the Lord: 'Stop on the road and look, inquire about the way of the past, which was the good way. Take it, then, and you will find peace for your souls.'" (Jer. 6:16)
For this reason the existence of the Church represents a singular paradox: precisely the reason for Christians arousing the world's hatred-their claim that God became incarnate, which is intolerable any worldly power-is the thing that everyone desires. Christianity, in fact, brings the answer which everyone, no matter how confusedly, seeks to encounter so as to find peace.