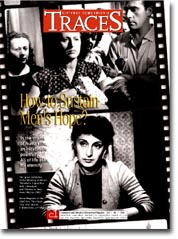 At the upcoming Meeting in Rimini, a great exhibition will shed light on one of the most recent periods in which Italian culture has discussed “realisms.” This is a timely topic. It is a fact that in the modern era one of the words whose commonly accepted meaning has undergone the most modification and which has been a frequent subject of debate is “realism.”
In most cases by now, it is used to indicate a way of judging reality and the circumstances of life with a sort of disenchantment mixed with scepticism. “Realist” seems to be one who has the right dosage of detachment and cynicism to enable him to deal with things, situations, and even people without, after all, expecting too much.
“Realist” seems to be one who has finally realized that in life the possibility of being cheated is always waiting to ambush. Therefore, he acts prudently, expresses a skeptical attitude, and stresses the conflicting, negative elements about a situation or a person. Today’s realist starts out from a sort of prejudice, whereby every authentic evaluation must begin by setting the limits and stressing the negative, unfavorable factors.
We are pointing out a habit, an experience which for most people is not the outcome of an aware reflection, but rather an attitude taken on almost unawares. It is a habit that is common to the modern mind.
The reflection of philosophers, artists, and scientists about this word has become particularly heated whenever a conception of man prevailed which said that a relationship with reality was not possible. In accordance with this conception, founded on the denial of any bond between man and the Mystery that created him–the negation of any belonging–reality escapes the grip of thought and experience. Ever since then, the trend of being “realistic” has doggedly persisted in many ways, without ever finding satisfaction. Today, anyone who claims to be in relationship with reality, to know the truth (and not a partial and deceptive image), is considered a lunatic.
But isn’t it a terrible destiny for a civilization to deny the possibility of a relationship with reality, reducing it to a labyrinth of illusions, or at least of cynicism? It is a situation prophetically described in Psalm 14: “The fool has said in his heart: there is no God. Their deeds are corrupt and vile; not one of them does right. Yahweh looks down from heaven at the children of Adam, to see if a single one is wise, a single one seeks God. All have turned away, all alike turned sour; not one of them does right, not a single one.”
At the end of his sleepless night, the Unnamed Man of The Betrothed, in his desperate search for a new positivity on which to re-found his own life and his relationship with himself and reality, opens the windows. He was going to remain a lonely man, in the grip of great and terrifying thoughts. But Manzoni’s Catholic genius proposes at this juncture the scene that rediscovers a hypothesis of good, a positive restart for that life which had groped in darkness to the verge of suicide: the window opens onto a people on its way to a rendezvous with Cardinal Borromeo, a people full of memory of the Christian fact which has made both positive and livable their albeit hard existence.
Throughout her history the Church has taught that the greatest realism is faith. In all of man’s reality, if he does not blindfold himself with the preconception of his claim to measure and to possess, if he does not close himself up in the narrow ambit of his delusions and toils, he can glimpse the positive power of the Creator’s gesture and the recall to conceiving the value of existence in relationship with the mystery of His fatherhood.
That gesture which founds the positivity of every detail–“the God of the details” Pasternak would exclaim–is, so to speak, reconstituted, picked up, and launched once again by the event of Christ, the God who lived, died, and rose again out of love for mankind.
Those who live the memory of that event as a fact that happens now, perceive and build up existence as founded on a positivity that cannot be obscured. They are persons, therefore, who in the dramas of their individual history and that of society keep up man’s hope.

* This title came to us when we saw J. H. Newman’s book, Discorsi sul pregiudizio [Lectures on the Present Position of Catholic in England], published by Jaca Book.